Ex-billionaire Eike Batista's possessions are being confiscated by the state 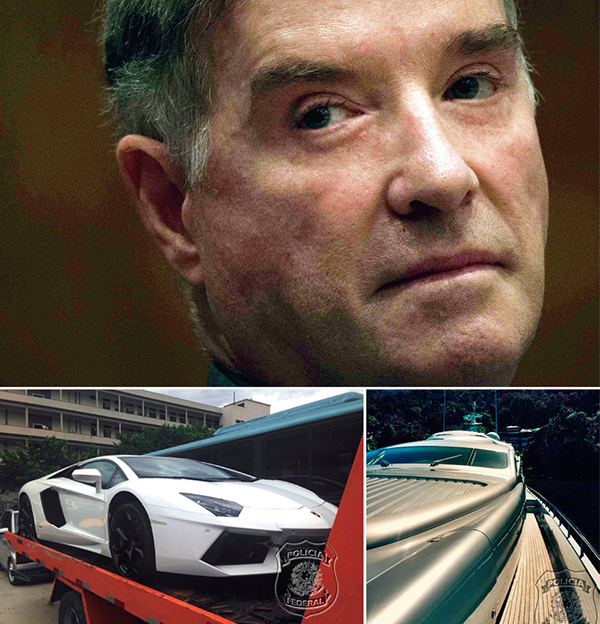 Reclamation project: Batista and his former Lamborghini and yacht

“Brazil is the country of the future—and always will be.” That old jape about the South American giant’s perpetually unfulfilled potential has assumed corporeal form in the person of Eike Batista. Just five years ago, the founder of oil-and-gas driller OGX had a personal fortune estimated at $27 billion, making him the eighth-richest person in the world.

These days? His possessions are being confiscated by the state.

Brazil discovered what it thought was a treasure trove of offshore oil in 2007, but those fields have never delivered on their initial promise. In 2010, Batista scolded Forbes for raising questions about his company’s fundamentals. “Let me tell you,” he said, “OGX is zero percent speculation.”

In October 2013, OGX filed for bankruptcy protection with $5.1 billion in total debt; Batista has since been snared in an insider-trading investigation. Many of his material trophies—the Lamborghini he kept parked in his living room; his yacht, Spirit of Brazil; cars found at the home of his ex-wife, Carnaval queen Luma de Oliveira—have been seized by Brazil’s federal police.

In late February, the saga took a further twist: Flávio Roberto de Souza, the judge presiding over the insider-trading case, was seen driving Batista’s repossessed Porsche Cayenne. He was taking it for safekeeping, he told reporters, to prevent its exposure to “sun, rain and possible damage”.

Batista, who once predicted he’d be the world’s richest man by 2015, is now deeply in debt. Scepticism—about him and his always-a- bridesmaid home country, alas—seems to have been validated.

Tweets by @forbesindia
Beaten at his own game: Brian Kim is the godfather of mobile-messaging apps
Life after God: Markus Persson became a deity to millions in his virtual world