The Oprah Winfrey of Nigeria 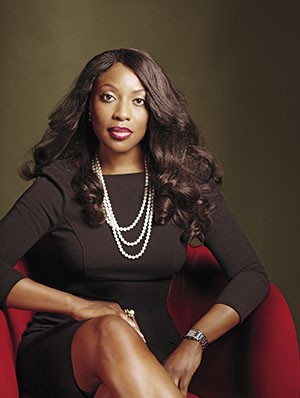 One nation’s o is another’s Mo. Mosunmola Abudu became Nigeria’s answer to the erstwhile queen of daytime after a successful business career. The 51-year-old former Exxon Mobil HR executive had already built her own consultancy and a luxury resort but had no real TV experience when she approached Nigeria’s DStv in 2006 with the idea for an Oprah-style programme.

The result, Moments with Mo, became Africa’s first syndicated daily talk show and made Abudu a household name. And just as Winfrey has OWN—the Oprah Winfrey Network—Abudu in 2013 launched her own network, EbonyLife TV, which now reaches 49 of the continent’s 54 countries as well as the UK and the Caribbean. In addition to her media empire, the London-born Abudu is passionate about philanthropy, having started the Inspire Africa Foundation. About the only thing she hasn’t been able to accomplish is meeting her inspiration: A decade ago Abudu sent numerous emails to Harpo Studios seeking Oprah’s advice about creating her show. She never got a response.