Meet the most disruptive fintech startup in South Korea 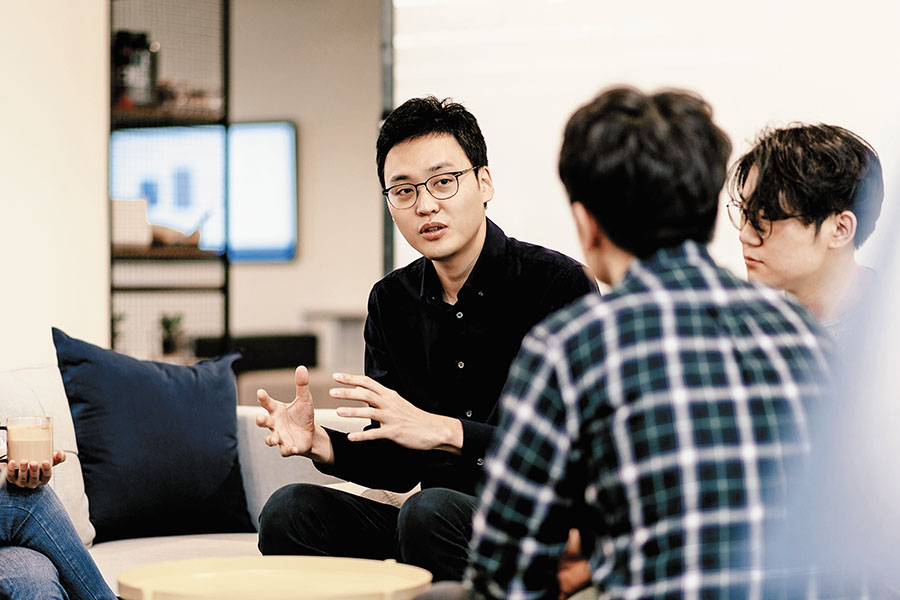 The end of brick-and-mortar banks? “That’s the future we really want to make, and I think it’s not far away,” says founder Lee Seung-Gun


Viva Republica is the most disruptive fintech startup in South Korea. Since the 2015 launch of its simple peer-to-peer payments app Toss, banks are finally revamping their user experiences and customers have easier access to financial products. South Korea’s mobile payments have more than quadrupled in that time to $4.6 billion, according to Bank of Korea data.

The startup, funded at $76 million, hasn’t stopped there. After PayPal joined a $48 million investment in Toss in March, Toss has grown from a simple money-transfer app to a diverse consumer-finance platform generating Viva Republica’s $20 million in expected revenue in 2017. Toss thus joins Asia’s ranks of fast-growing mobile P2P payment services, reaching a $12 billion transaction volume in 2017.

Paypal’s Venmo, which says it now processes over $3 billion in monthly transactions, took four years to reach the $1 billion mark in the US. Toss, with 12 million users, got there in about half the time. It has set its sights on breaking even in the near future—a global first in the P2P money-transfer space, says founder and CEO Lee Seung-Gun.

Although Toss started as a transfer service similar to Venmo, Square Cash and Google Wallet, it has bigger aims, with a business model closer to that of huge and highly profitable Ant Financial and Tencent—that is, offering a broad financial platform rather than just a one-service app.

“Toss is how financing should be. We completely redesigned the experience and accessibility in financing services on mobile, and we hope we can provide it to every mobile user in Korea,” says Lee, 36, who is also chairman of the Korea Fintech Industry Association.

He redesigned his own career after briefly practising dentistry, including during his military service at a public health centre on a remote island. His heart was in technological innovation, though, and within a couple years of his discharge in 2011, he founded Viva Republica.

His app ranked No 35 globally on KPMG’s top 100 fintech companies of 2017, higher than US fintech unicorns ($1 billion valuation) like Lending Club and Coinbase. The company claims half of millennials in South Korea are using it.

Korean online finance has been famously and frustratingly archaic, but Toss’s popularity seemed to spark an innovative fire as users began to expect more. In the past year, Korea saw the launch of its first two internet-only banks—K Bank and Kakao Bank—while brick-and-mortar institutions quickly modernised and simplified their apps. Such services as Kakao Pay and Naver Pay encroached on Toss’s territory.

Viva Republica can’t compete on marketing budgets with Korea’s corporate behemoths, but Toss has held its own through word of mouth. Its strong user loyalty has helped it maintain four times the transaction volume of any of its rivals. Lee says the app’s forte is its user experience. “First, I was quite worried about competition, [but] I think they’ve done everything they can do,” he says. “We just focus on the products and consumers, and that has really played out well.”

Initially the company was losing cash on every P2P transaction—its main feature—by absorbing the banks’ transfer fees of about 45 cents. But by taking lessons from PayPal to develop brand loyalty—and the “stickiness” of having users often checking their balances—Toss was able to add its own or partnered services to pay the freight. The platform now focuses on four core sectors: Payments, investments, loans and insurance. The range of services includes bitcoin trade.

Toss has 12 million users and aims to grow to 30 million. It opened 200,000 new savings accounts in its first three months

Savings accounts is one offering that surprised Lee. There had been just over 160,000 such accounts created in Korea, but Toss opened 200,000 new ones in its first three months, according to the company. Through a partnership with Shinhan Securities, Toss in November created 16,000 mutual fund accounts.

Toss also began showing users their credit scores—something card providers have always been loath to share—to coach them on how to manage and improve their standing.

Three years after Toss’s launch, Lee says, “my role as CEO has changed from building a great product to building a great company. Our culture dynamic really focuses on freedom and responsibility, which is quite different from the culture at traditional Korean companies and conglomerates. So it’s really hard to hire culture-fitting, high-performance people”.

Toss aims to grow to 30 million Korean users with new services like budget management. It is also exploring partnerships to enter the Philippines and Vietnam in the next six months, with other Southeast Asian markets to follow.

Lee’s bigger ambition is make Viva Republica the first fintech unicorn in South Korea. He sees a market with no brick-and-mortar branches, just screens. “That’s the future we really want to make, and I think it’s not far away these days,” he says.

Yohan Yun contributed to this article