The world's most powerful people

Power has been called many things. Pretty isn't one of them. 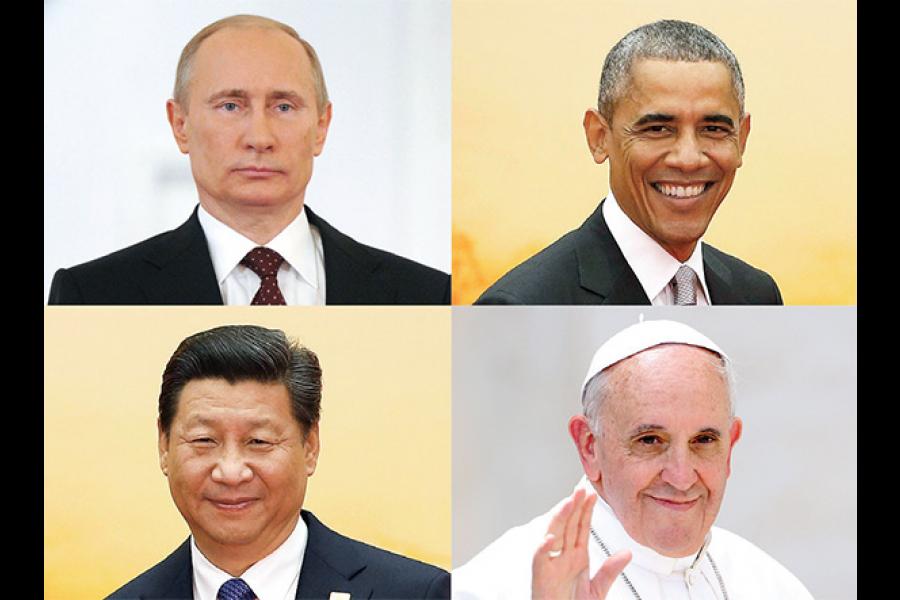 No one would call Vladimir Putin, the most powerful man in the world for the second year running, a good guy.

In 2014, he strong-armed his way into possession of the Crimea and waged an ugly proxy war in neighbouring Ukraine, during which an almost certainly Russian-supplied surface-to-air missile downed a civilian jetliner. But as the undisputed, unpredictable head of an energy-rich, nuclear-tipped state, no one would ever call him weak.

Our annual ranking of the World’s 72 Most Powerful People (one for every 100 million people on the planet) is based on voting by a panel of Forbes editors, who consider things like financial resources, scope of action and the number of people they impact.

This year, there are 12 newcomers, including Prime Minister Narendra Modi at no. 15; Alibaba founder—and China’s richest man—Jack Ma (no. 30); and Abu Bakr al-Baghdadi, the self-proclaimed caliph of the blood-thirsty Islamic State(no. 54). The top five positions are unchanged from last year, with Barack Obama remaining in second place ahead of China’s Xi Jinping.

Tweets by @forbesindia
Saving the earth: Global efforts & their outcome
RBI keeps rates on hold, but hints of a cut in early 2015