The ride-hailing app steamrolled America, but the easy-win days are over. Its path to global conquest now has to go through well-financed and battle-hardened rivals that have seen Uber coming—and know how to beat it

Uber is used to getting what it wants, wherever it wants. In 60 countries the ride- hailing colossus has pursued an SUV-size take on Sun Tzu: Slip into a market by surprise, quickly suffocate any competitors and—if this infuriates entrenched taxi lobbies and government officials—never, ever back down. Uber has overcome violent taxi protests, and dozens of places that once dubbed it “illegal” now have laws codifying its business model—even the mayor of New York caved under an Uber-led outcry in July.
But Uber is now facing opposition that’s not as easily rolled as a bunch of feckless, anticompetition governments. In the parts of the world, mostly Asia, where Uber is just getting going, the company and its pugilistic CEO, Travis Kalanick, are facing entrenched private competition on a scale it has never seen.

In India incumbents Ola Cabs and TaxiForSure welcomed Uber’s recent entry there by merging in March, giving themselves an 80 percent market share and then raising another $400 million from powerful backers like SoftBank and Tiger Global. In Southeast Asia Uber (which declined to make executives available for interviews) will have to contend with three-year-old GrabTaxi, which launched in Malaysia, shares two investors with Ola and now also operates across five nearby countries—Singapore, Thailand, Vietnam, the Philippines and Indonesia. In Latin America Easy Taxi says it is bigger than Uber.

In China, already the world’s biggest market for ride-hailing apps, the two top incumbents also merged, in February, forming Didi Kuaidi, a combination of Didi Dache and Kuaidi Dache. The firm has a two-year head start, just raised $2 billion to the $1 billion Uber has earmarked for China and averages 6 million rides a day, six times Uber’s self-reported volume. Didi controls 99 percent of the taxi-hailing market and 78 percent of the private-car market by ride volume, according to a report from Analysys International. If it needs more capital, it can tap its investors Alibaba and Tencent, China’s two biggest internet firms, plus SoftBank. “The competition from Uber is just a tiny wave in our progress,” says Didi CEO Cheng Wei.

Investors who have bid up Uber’s private market cap to an astonishing $50 billion are counting on overseas growth to make that valuation pencil out. They also like Uber’s technology advantage after hundreds of millions of rides. “These systems rely on algorithms—for routing, availability and matching, for fraud detection. We’ve been at this a lot longer than either of our competitors in [China and India]. That gives us advantages they don’t have,” says early Uber investor Bill Gurley of Benchmark. 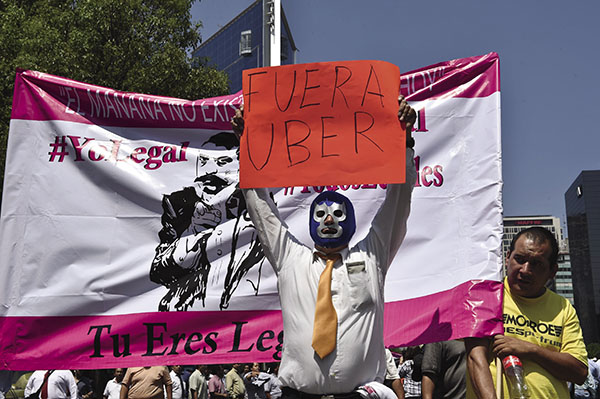 But the rivals are veterans, too, and they’re forming a supergroup. Last month Didi and its backers at Tiger Global and SoftBank led a $350 million investment in GrabTaxi. Chinese people traveling to, say, Vietnam or Malaysia will soon be able to pull up their Didi app and call a GrabTaxi car, and GrabTaxi customers will do the same in China, akin to a mobile phone roaming-service partnership. “Our customers read Chinese, not English or Spanish, so they want to use a Chinese app to get access to other travel markets,” says Didi President Jean Liu, a former Goldman Sachs banker and daughter of Lenovo’s chairman.

“Everyone is solving the same problem,” says Dennis Wang, CEO of Easy Taxi, which operates in parts of Latin America, Africa and Asia. “Being able to do it locally and faster, for us that balances out the cash Uber has.”

Uber’s adventures in China are a microcosm of how its global expansion might unfold. Its growth, like China’s overall, has been meteoric. After only 18 months on the ground there, Uber counts five Chinese cities among its top 10 worldwide by ride volume and says the country will likely produce more rides than the US by year-end. Its legal status remains murky in most metro areas. Authorities in April and in May raided Uber’s offices in Guangzhou and Chengdu. The harassment comes despite an infusion of at least $200 million from the politically connected Chinese search engine Baidu and despite Uber’s decision to operate as a separate business entity called Uber China, run by Chinese managers. 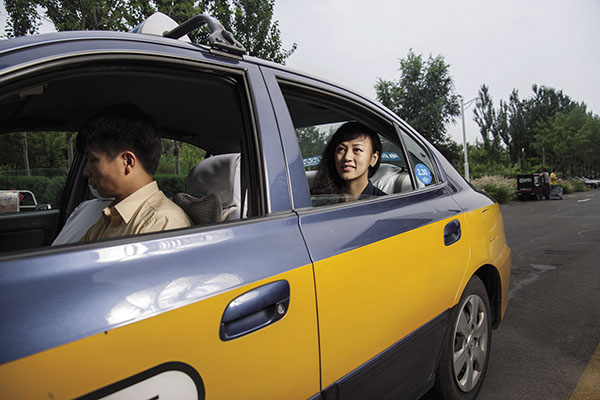 Uber’s top priority in China, as in any new country, is wooing drivers. Both Uber and Didi have turned driver subsidies into blood sport, often paying them two or three times the fare. Drivers have figured out how to scam the system. In one scheme they buy phones that are hacked to have multiple phone numbers, which allows a driver to “ping” himself from a passenger account, hop in a car and collect the bonus. Uber has said its fake-ride rate is around 3 percent, but local media estimate the fraud rate at 30 percent to 40 percent. Didi says it has “almost no” fake orders. A Guangzhou driver named Liang said that Didi is stricter about banning drivers it suspects of fraud. Uber, he said, started cracking down in the last month.

Didi is focussed now on tearing pages from Uber’s playbook. It started out in taxis, but now its private-car service makes up around half of its trips after debuting less than a year ago. Didi is testing a carpooling service called Hitch, a bus line and on-demand designated drivers. CEO Cheng is confident his company can keep Uber at bay. “China’s internet competition is the most intense in the world,” he says, “and Didi Kuaidi is the winner that survived.”

After China and the US, India is the market Uber lusts after most. The cab wars there are in their early days—some 97 percent of Indians don’t even own cars. But to see what Uber is up against, just stand on a busy corner in the sultry coastal city of Chennai and count the number of OlaCabs that pass by. With a three-year head start, Ola has outrun Uber from the get-go. It says it has 80 percent of the market, is growing 30 percent to 40 percent month over month and provides some 750,000 rides per day in 250,000 vehicles, including private sedans, hatchbacks and three-wheeled tuktuks. Uber claims it gets 200,000 rides a day but says it is also growing 40 percent and has 35 percent market share. Ola got a lot bigger in March, paying $200 million for rival TaxiForSure. Ola raised $400 million in April at a rumoured $2.5 billion valuation. 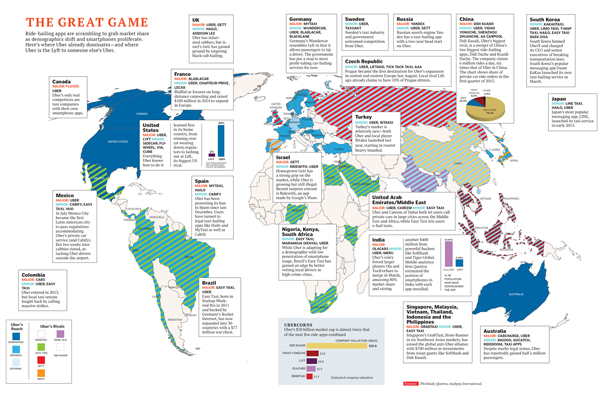 Ola’s driver base is loyal. Before Kalanick even learned how to spell Chhattisgarh, Ola struck deals with auto manufacturers and India’s largest bank to arrange installment loan programmes so that drivers could buy cars and work off the loans by driving for Ola. “We devised the world’s first driver-repayment system,” says Ola senior director of marketing Anand Subramanian. Ola started selling motorised rickshaw rides in November 2014. Uber followed. Ola created a digital wallet to pay for rides in September 2014. Uber followed. Uber has tried to undercut Ola on price by giving bonuses to drivers, just as it does in China. Ola has never considered that as an option. You get higher-quality drivers, says Subramanian, by giving incentives based on earning five-star-rated rides or giving a certain number of rides per day. “This makes customers want to come back.”

More nascent markets were staked out early by Brazil’s Easy Taxi, which was founded in Rio de Janeiro in June 2011, months before Uber began its global expansion. Easy Taxi is now up to 6 million rides a month, with 400,000 drivers in 30 countries. In Southeast Asia, where fare-haggling is a tradition, Easy Taxi pioneered the ability for passengers to up their bid to attract drivers during rush hour, a mirror-image of Uber’s surge pricing.

Wang, Easy Taxi’s 32-year-old co-CEO, wishes Uber luck at waging price war in Latin America. “Taxis here are super cheap, and there are a tonne of them, so service is fast,” he says. He’s investing in Saudi Arabia, Kenya and Nigeria, where Uber has dipped its toes but the market is still for the taking. “We know how Uber operates and how to position our brand to fight.” Uber made winning America look easy. The road out has more bumps.

(This story appears in the 16 October, 2015 issue of Forbes India. You can buy our tablet version from Magzter.com. To visit our Archives, click here.)