From refugee to Chanel ambassador, a model's déjà vu

It was the recent Paris Fashion Week, and model Irina Lazareanu was experiencing a disorienting sense of déjà vu, as Russia invaded Ukraine, and the scenes of refugees pouring into Europe were all too familiar, reminding her of her childhood when she and her parents had been forced to flee Romania 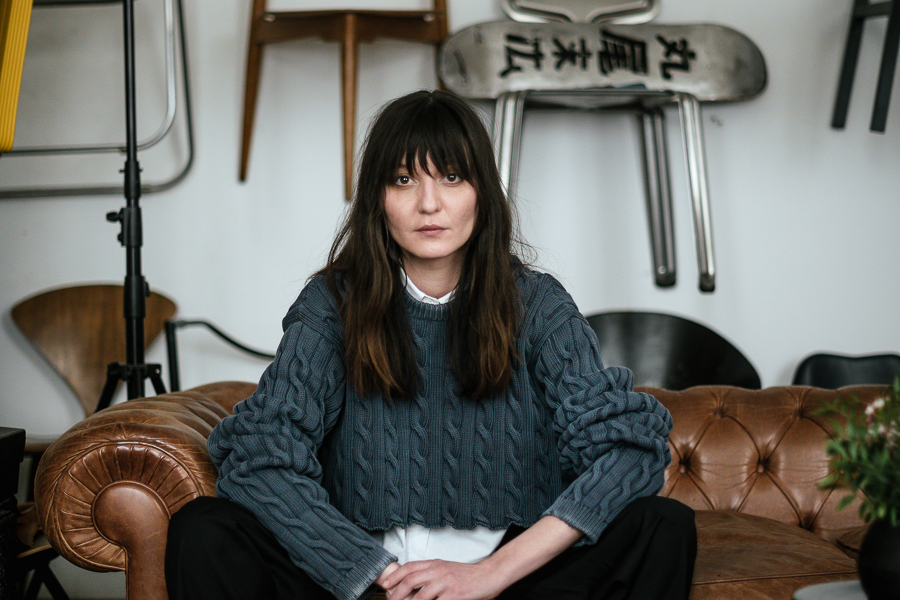 Irina Lazareanu at the apartment of a friend in Paris during Fashion Week on Feb. 26, 2022. Lazareanu has a new book about her life in fashion. But it was her life before fashion that haunts her now. (Dmitry Kostyukov/The New York Times)

It was the recent Paris Fashion Week, and model Irina Lazareanu was experiencing a disorienting sense of déjà vu.

Not because she had been appointed an ambassador for Chanel, the brand that had discovered her in the early aughts and transformed her into one of most in-demand women of that moment, favorite of Karl Lagerfeld, Marc Jacobs and Nicolas Ghesquière; friend of musician Sean Lennon and former fiancée of bad boy rocker Pete Doherty; “little sister” of Kate Moss.

Or because her new book, a style diary of that time, “Runway Bird,” with fashion tips and personal photographs, had just been released.

But because Russia had just invaded Ukraine, and the scenes of refugees pouring into Europe were all too familiar, reminding her of her childhood when she and her parents had been forced to flee Romania.

Her father had just called her to say, “It’s happening again.”

Lazareanu, 39, now lives in Montreal, where she and her parents immigrated in 1989. (She co-parents her son River, who is almost 3, with bassist Drew McConnell.) She was back in Paris to shoot a Vogue Czechoslovakia cover — her first in almost a decade. And the juxtaposition between her reality and what was happening only a few hours away near the land where she was born had left her thinking, she said, “The life I got to have, maybe I didn’t deserve.”

Lazareanu and her parents left Romania in 1989, when she was 6, right before the fall of dictator Nicolae Ceausescu.

Her paternal grandfather, Dumitru Lazareanu, had been jailed for several months in the late 1950s as part of a communist resistance movement called “the Iron Army” that began after World War II. His son (her father) Constantin Lazareanu, an engineer, had long been watched by Romania’s secret service, Lazareanu said, after reporting that the housing destruction and death caused by two earthquakes (in 1977 and 1986) was partly because of state negligence.

Lazareanu remembers waiting in lines constantly with her mother for rations. “There was no food, no electricity,” she said. “The lights would just cut out.” She said her parents would whisper with the water running because the house had been bugged. One night, her father didn’t return home until right before dawn, and when he did there was blood on his face. “My mother said that he had fallen on a sack of tomatoes,” Lazareanu said.

The following morning, they packed their bags and left their apartment in Ploiesti, outside Bucharest, to drive to her maternal grandparents’ farm in Ratesti, to the north. Lazareanu remained with her grandparents while her parents crossed over into Serbia, where they had relatives. “It was the last time my mother saw her father,” Lazareanu said. But, “since they left me behind, the state thought they would come back.”

Lazareanu spent the next 10 months with her grandparents, among chickens, cows and horses. They grew corn. Every once in a while guards would check in to make sure she was still there, she said.

At the time, there were no border checkpoints between Serbia and Yugoslavia. While Yugoslavians could travel freely, many with Romanian passports needed to resort to bribes in order to board cross-border transportation, Lazareanu said.

Her parents paid off a bus driver to take them from Serbia to Austria, where they arrived at the Traiskirchen camp and secured refugee status under the proviso that they apply for permanent citizenship elsewhere. An Austrian agency contacted the Romanian government on their behalf, to request their child. The price was a plane ticket that, Lazareanu said, “cost my grandparents’ life savings.”

“We felt so blessed and so lucky,” Lazareanu said of her family’s escape. Yet, she said, “I went from trying to be invisible to an industry where I was asked to be a different person all the time: this muse, that muse.’”

She has returned to Romania three times in the past decade, revisiting the field where her parents originally departed, staying with her grandmother — who died a couple of years ago — and catching up with relatives. Once, she guest DJed at a nightclub in Bucharest, playing her father’s favorite anthem, “It’s a Long Way to the Top (if You Wanna Rock ’n’ Roll)” by AC/DC, a song he used to blast once they had immigrated to Canada when he carpooled her to ballet class.

“There were a lot of people we never saw again,” she said. “When I was a refugee, a very small number of people were able to run away. Now there is an exodus of millions. Can they go back? What are they going to eat? Where are they going to live? How do you explain it to children who just a few weeks ago were playing piano, doing gymnastics, playing in the playground? All kids in refugee camps will never forget the images. If they do, they will be lucky.”