The trend has transformed Instagram, the photo- and video-based app owned by Facebook, into a network of microblogs and a destination for written expression 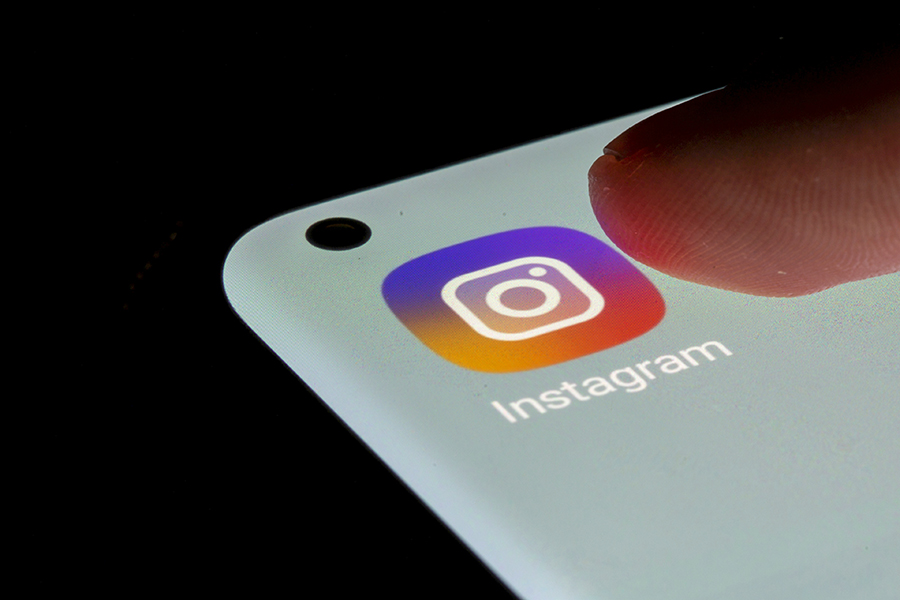 A growing ecosystem of Instagram accounts has embraced this text-heavy posting style, which has exploded in popularity among Gen Z users during the pandemic
Image: Reuters

“Lots of people don’t understand Gen-Z,” she wrote. “I think they’re funnier than any other generation I’ve ever known.”

Accompanying Love’s Instagram post was a blurry photo of herself and a gallery of unrelated and messy screen-shotted memes filled with nonsensical text overlaid on random photos. Love gave a shout-out to several accounts that had posted this type of content and highlighted even more of them on Wednesday, saying they had “made her think in memes.”

A growing ecosystem of Instagram accounts has embraced this text-heavy posting style, which has exploded in popularity among Gen Z users during the pandemic. The trend has transformed Instagram, the photo- and video-based app owned by Facebook, into a network of microblogs and a destination for written expression.

Many of these Instagram accounts, with absurdist names like @ripclairo, @botoxqueen.1968 and @carti_xcx, may look haphazard to the casual observer. Yet there are similarities across accounts. Nearly all feature screenshots of text on top of photos, made using the anonymous confessions app Whisper, or Instagram’s “Create” mode, which lets people design text posts on top of gradient backgrounds. The posts are also interspersed with uncredited images, viral videos and humorous content.

But Twitter posts have a 280-character limit. And for Gen Z users, the combination of text, tools like the Whisper app and Instagram Create mode have mixed together into a viral alchemy that resonates with their age group.

“If you see someone following a meme page where they typically post tweets, they have a different sense of humor to what Gen Z would consider to be cool,” said Faris Ibrahim, 18, who posts in this style on his Instagram page @puddle_boot.

In one recent post, Tanisha Chetty, 15, who runs the Instagram page @life.is.not.a.soup, posted an image of a mattress in a graffiti-covered room. Overlaid on it was a message, in chunky black-and-white text, which read: “We should care less about mental help. Girl, go insane! You are valid.” While the page only has 5,644 followers, the post racked up nearly 30,000 likes and thousands of comments.

These pages have surged during the pandemic as young people have turned to Instagram to externalize their innermost id and seek connection, said Amanda Brennan, senior director of trends and the meme librarian at XX Artists, a social media agency. “They’re very representative of teenagers having to spend the last year solely communicating through the internet,” she said.

Creators who have adopted this posting style have had follower counts soar. The page @on_a_downward_spiral doubled to nearly half a million followers in the past six months, while the account @joan.of.arca grew 250% in the last two months to over 14,100 followers, according to Instagram data.

Installations of Whisper, the app that emerged about five years ago as a way for people to anonymously share secrets, have also jumped, according to the analytics firm SensorTower.

For Instagram, the shift has been a boon as it duels with TikTok, the short-form video app, for young users. While TikTok has seeded many memes into popular culture, more recent memes — such as “gaslight, gatekeep, girlboss,” a phrase meant to poke fun at millennial culture — gained popularity early among text-heavy Instagram pages before going mainstream on TikTok.

“Instagram Create mode posts are definitely what’s in right now for people around the ages of 18 to 23,” said Shaden Ahadi, 21, who co-runs the Instagram account @mybloodyvirginia with several friends. “People who were regular TikTok users are using Instagram more.”

The shift to text-heavy memes on Instagram began about a year ago, users said.

In the early throes of the pandemic last summer, screenshots of people’s overly earnest Facebook status updates became popular on meme accounts, which poked fun at them. But many young users said they didn’t like having to log into Facebook to create or find the status updates.

Instead, some of them turned to the Whisper app, which lets anyone quickly post text over an image that can be automatically generated or uploaded from your phone. Others used Instagram’s Create mode tools, which also make it easy to make a text post in a few clicks. Confessional, overly personal messages paired with seemingly unrelated images allowed for an extra layer of humor and irony.

“The dissonance between the photo and the text on Whisper is what appeals to people,” said Anna Mariani, 19, a creator who co-runs the Instagram page @this.and.a.blaernt.

Ricky Sans, Instagram’s strategic partner manager for memes, said the Create mode tools hadn’t been made for the purpose of text-heavy memes, but “we love to see the creativity to reinterpret a tool to help expression and communication.”

Yet some meme creators said that as their pages have become more popular, Instagram has been absent. Jackie Kendall, 20, said she has had two meme accounts banned by the app — she was not told why — and is appealing a third ban.

“I couldn’t tell if Instagram was just cracking down really hard or people were targeting my posts and reporting them,” she said. “I think Instagram needs to do a much better job of understanding meme pages and communicating with them.”

The relationship between meme creators and Instagram has long been fraught. In 2019, Instagram meme creators tried to unionize to force the company to better address their support requests and issues such as bans. (Sans was hired later that year.)

In April, Instagram held a “meme summit,” where Mark Zuckerberg, Facebook’s chief executive, answered questions from creators. Yet few popular text-heavy meme pages said they had heard from the company since, despite efforts to contact the platform.

In a statement, Instagram said, “We hear and sympathize with their concerns and aim to partner with as many meme creators as possible to ensure they receive quality support.”

Brennan, the meme librarian, said the rise of Instagram’s text-heavy meme pages was reminiscent of the early years of Tumblr, the blogging platform that was popular in the late 2000s and early 2010s.

“Gen Z is rediscovering the old internet and updating it,” she said.