The pandemic has a new epicentre: Indonesia

In Indonesia, cases and deaths have skyrocketed in the past month as the highly contagious delta variant sweeps through densely populated Java island, as well as Bali 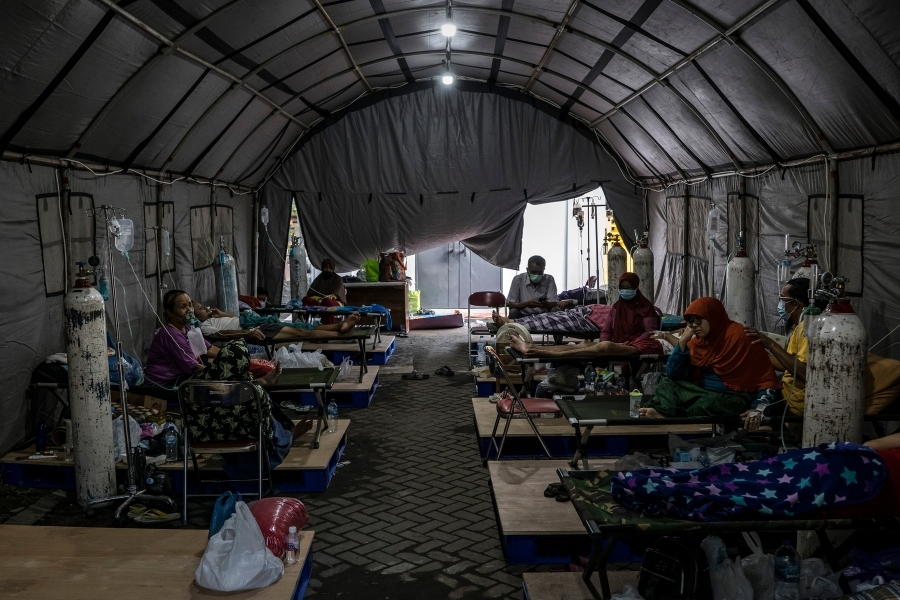 A Covid-19 ward in Yogyakarta, Indonesia, July 15, 2021. Indonesia has become the new epicenter of the pandemic, surpassing India and Brazil to become the country with the world’s highest count of new infections. (Ulet Ifansasti/The New York Times)

BEKASI, Indonesia — By the thousands, they sleep in hallways, tents and cars, gasping for air as they wait for beds in overcrowded hospitals that may not have oxygen to give them. Others see hospitals as hopeless, even dangerous, and take their chances at home.
Wherever they lie, as Covid-19 steals their breath away, their families engage in a frantic, daily hunt for scarce supplies of life-giving oxygen.
Indonesia has become the new epicenter of the pandemic, surpassing India and Brazil to become the country with the world’s highest count of new infections. The surge is part of a wave across Southeast Asia, where vaccination rates are low but countries had, until recently, contained the virus relatively well​. Vietnam, Malaysia, Myanmar and Thailand are also facing their largest outbreaks yet and have imposed new restrictions, including lockdowns and stay-at-home orders.