By Mujib Mashal and Hari Kumar 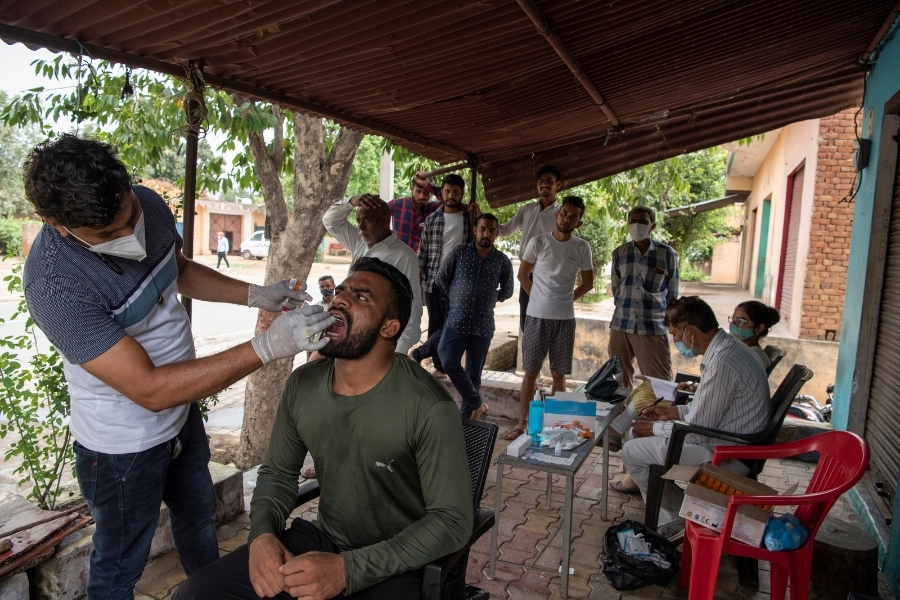 A Covid-19 testing site in Salarpur, India, June 12, 2021. Just 5 percent of India’s 1.4 billion people are fully vaccinated, while about 20 percent have had a first dose. That gives the country insufficient protection against the highly contagious Delta variant of the virus, which first surfaced in India. (Saumya Khandelwal/The New York Times)

GARH MUKTESHWAR, India — When a devastating second wave of Covid-19 infections reached India’s countryside this spring, the village of Khilwai took immediate action. Two testing centers were set up, and 30 positive cases were isolated. The outbreak was contained with just three deaths.
It was a different story in the two villages on either side of Khilwai. Testing remained limited. The local health center in one village had been closed, its staff sent away to a larger hospital. The coronavirus spread, and at least 30 people in each village died with Covid-19 symptoms.

Tweets by @forbesindia
Thumbs up or down?
Hong Kong's urban farms sprout gardens in the sky