Watching a horror movie can scare you into selling your stocks earlier than you would have otherwise. That’s the frightening evidence shown in a series of studies by Associate Professor Eduardo Andrade and Chan Jean Lee, a PhD candidate, both in the Haas Marketing Group.

The article explains that the scared investor’s early decision to sell stocks happens through “social projection”—people’s tendency to heavily rely on their own current feelings and inclinations when they estimate others’ state of mind and preferences. As a result of social projection, an investor who is scared assumes that other investors are also scared and that their fear will consequently drive the stock price down, prompting the one investor to sell early before the price sinks. 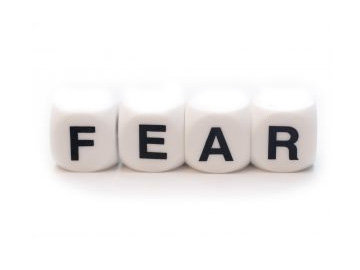 Lee and Andrade set out to manipulate the participants’ emotions in a way completely unrelated to the stock market. They created two random groups. One group watched clips from horror movies such as “The Sixth Sense” and “The Ring.” The other test group watched documentaries about Benjamin Franklin and Vincent Van Gogh containing material not intended to illicit emotion. After the screenings, researchers told the participants that it was time to move onto another experiment, a stock market simulation.

In the stock market simulation, participants went through 25 rounds in which they had an opportunity to sell a $10 stock (part of their participation fee). The rules of the market stated that prices would decrease if any participant sold his or her stock, and prices would increase if every player held onto their stock. Each simulation involved approximately 26 anonymous participants and therefore, prices could go up or down in any given round.

Selling patterns indicated that the scared players, that is, those who watched the horror movies in the previous task, were more likely to sell early in the game than those who watched the documentary films. Put simply, an incidental induction of fear triggered selling behavior. In order to test for the role of social projection, Lee and Andrade added a few twists. They reasoned that if social projection is a key mechanism during the decision-making process, the impact of fear should be reduced when people are less likely to try to project what others will do.

Andrade says the study suggests that controlling the influence of fear in financial decisions can be profitable. “Generally speaking, those who made more money were those who decided to stay longer in the simulation game.”