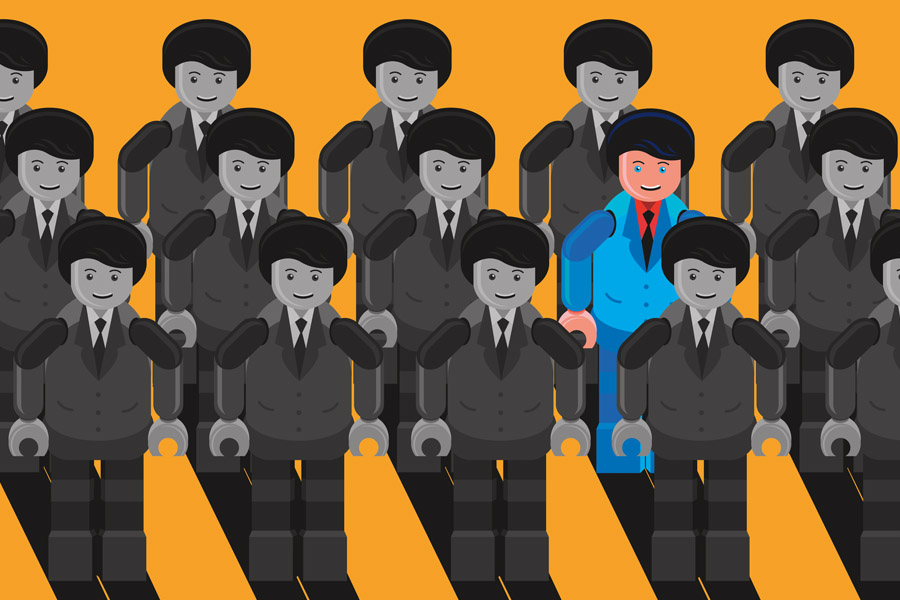 Illustration: Chaitanya Dinesh Surpur
At Berkshire Hathaway’s annual meet in Omaha in 1996, an eager shareholder took to the podium to ask chairman and CEO Warren Buffet about the virtues of a diversified portfolio. The billionaire investor heard him out patiently and then replied: “Diversification is a protection against ignorance. It makes very little sense if you know what you are doing.”

Buffet went on to talk about investing in companies “you really know”, and those he said, might not be more than three. To know a company, according to Buffet, is to understand its economic characteristics over the long term. Does the business have a durable competitive advantage? Does it have a management you can trust? Does the price make sense?

While Buffet was referring to publicly listed businesses, his filters for hunting value among companies hold true even for privately-held ones. It is such companies with strong fundamentals that the Forbes India Hidden Gems 2018 attempts to uncover.

We’ve looked at unlisted businesses with revenues of at least ₹250 crore, operational profits and private equity backing. Drawn from diverse industries, our list of eight is eclectic: From a Hyderabad-headquartered dairy company to a homegrown aerospace and automotive engineering firm that’s made 13 acquisitions over the last two decades; from a Bengaluru-based packaging solution provider servicing large multinationals to an online gaming company that has attracted over $70 million in investment from a Canadian private equity player by specialising in India’s much-loved card game rummy; the companies we’ve featured are big on ambition and bold in ideas.

Consider Hemant Jalan’s Indigo Paints. When the 44-year old promoter realised that his cement paints were indistinguishable from those of his competitors, he embarked on a differentiation strategy. Metallic paints were introduced, as were special paints for ceilings, tiles and driveways. These unique products allowed Indigo Paints to expand its dealer network, cross-sell and upsell its regular paints, and thereby compete with the likes of Asian Paints, Berger Paints and Kansai Nerolac. The results of this strategy are “plain to see”, as Samar Srivastava, who penned the story, puts it. Over the last five years the business has compounded its topline at over 40 percent a year—way above the industry average of 10-12 percent. Or take T Raghunandana who despite growing up in a humble, non-business family, today runs the ₹1,000 crore-in-sales Updater Servicers (UDS). Backed by Motilal Oswal’s private equity arm, UDS, writes Anshul Dhamija, has professionalised a slew of blue-collar vocations, from plumbing to housekeeping and counts Infosys, Hyundai and Saint-Gobain as clients.

Then there’s Dodla Dairy run by Sunil Reddy. After trying his hand at growing mushrooms, exporting mangoes and even considering a move into textile manufacturing, Reddy chanced upon the dairy industry. Steadily, he’s built the company into a formidable force in southern India, processing 12 lakh litres of milk daily, raising funds from TPG-Capital and turning almost ₹1,600 crore last fiscal. Reddy is now looking to replicate this success in Africa where an acquisition he has made already contributes about ₹30 crore to revenues. Unabashedly, the entrepreneur tells Forbes India’s Sayan Chakraborty: “The world is our oyster.” So also for Sanjaya Mariwala of OmniActive Health Technologies who has quietly built out world-class R&D and manufacturing facilities in Mumbai and Pune to service global clients in the hot, new market of nutraceuticals—a fancy term used to describe foods with medicinal properties.

Arriving at this list was arduous. Companies such as these, iceberg-like, remain largely hidden and innocuous, shunning the limelight for the work at hand. Our knowledge partner in this endeavour, Venture Intelligence, which tracks private company financials, drew up a list of more than 200 companies that met our quantitative criteria. Our reporters further fished out names based on primary and secondary sources. The longlist was whittled down after much deliberation by the Forbes India editorial team.

Amidst massive publicly-held corporations and super-hot startups, our final list of eight Hidden Gems celebrates companies that choose not to sell their shares to the public. And while most of them harbour ambitions for an IPO in the distant future, their strong fundamentals, competitive moats and able management would make them good buys. Buffet would approve.