BBC Hindi Service gets another lease of life. But can it survive beyond a year? 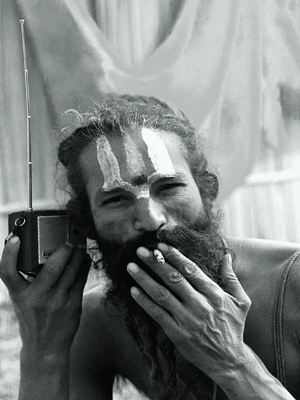 Somewhere in Uttar Pradesh, not so long ago, an old train passenger woke up at midnight to find the train standing in the middle of nowhere. Perplexed and disoriented, he asked aloud, “Ye train kahan khadi hai? (Where has this train stopped?)” Instead of an answer, he got a question from a fellow passenger: “Kya aap Onkarnath Srivastav hain? Jo BBC par khabarein padhte hain? (Are you Onkarnath Srivastav? The one who reads the news on BBC?)” Srivastav was one of the stalwarts of BBC Hindi Service in the 1990s and the incident was a reaffirmation of the Awaz-hi-pehchaan-hai belief of BBC Hindi Service staffers.

This live connect with the audience would play out in a very different way two decades later. When BBC said it will close down its Hindi service due to paucity of funds, it led to such an outcry among its fans in India that the broadcaster was forced to retract its decision. Now, BBC has agreed to keep alive a one-hour daily transmission for a year as it explores commercial funding for the service.

The closure announcement had shocked millions of radio listeners across India. For decades, BBC Hindi has been their lifeline, not only for news and current affairs but as a credible source of analysis and world knowledge. That explains why thousands of handwritten letters land at Bush House in London every month.

But this temporary reprieve may not be enough to sustain BBC Hindi in the long term. Tufail Ahmed, my former colleague from BBC Urdu Service, said this bluntly on Facebook, “The BBC World Service [of which Hindi Service is a part] has generally lost relevance internationally, more so in successful democracies like India and elsewhere. The BBC World Service, unlike the local BBC, has become a kind of British Benefits Corp., where talent is systematically downgraded to suit the British habit of appeasement in news output, and to foster nepotism.”

BBC World service has been an effective tool of British foreign policy. Its operations are funded by the foreign office and not by any licence fee or a revenue stream. This is why BBC World Service is not present in countries with a flourishing media of their own.

So why do we need a BBC Hindi Service after such a media explosion in India? It appears the British policymakers had the same question before deciding to sever ties with a listening population of 30 million.

Even now, BBC clearly says that if sustainable commercial funding can’t be found, then it’ll have to be closed by March 2012. Hope against hope, for another year!

(Alok Joshi is Input Editor at CNBC Awaaz. He worked at BBC Hindi Service during 2001-04)