Shares of Chaand's auto parts company Motherson Sumi Systems, dropped 61% over the past year, knocking Sehgal's net worth down 55% to $2.45 billion 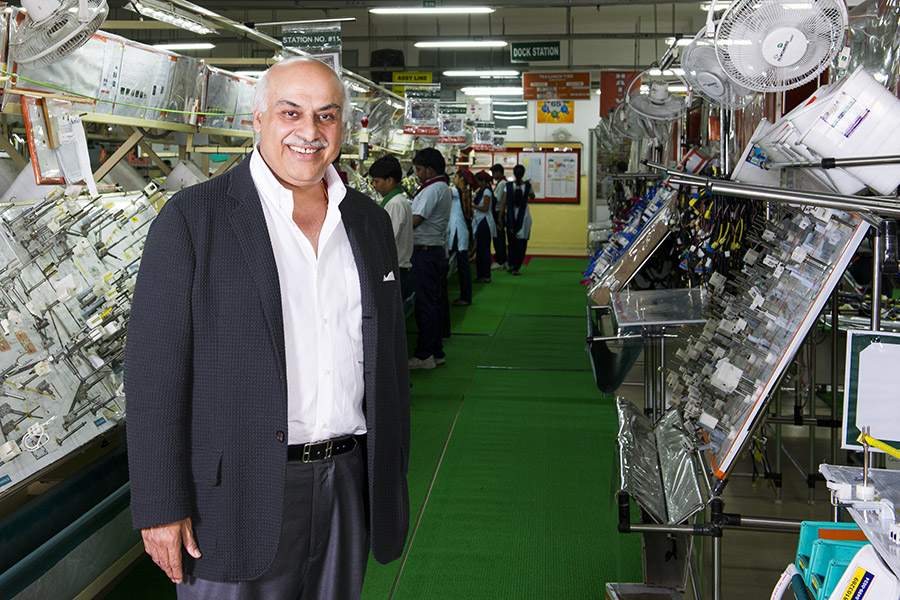 India's automotive Tycoons are bearing the brunt of the biggest global industry slump since the financial crisis of 2008. About a tenth of the top 100 richest Indians draw their fortunes from this sector.
Vivek Chaand Sehgal, founder of Delhi-based auto parts maker Motherson Sumi, is one of the hardest hit. Shares of his Motherson Sumi Systems dropped 61% over the past year, knocking Sehgal’s net worth down 55% to $2.45 billion. Sehgal, who controls just over a third of the company, fell to No. 52 from No. 21 in 2018.

After posting record annual sales and profits in the five years through March 31, Motherson Sumi’s earnings are faltering. Net profit dropped 25% to 3.3 billion rupees ($48 million) in the three months ended June 30 despite a 14% increase in sales to 167 billion rupees amid higher operating costs at its new factories in Hungary and the U.S.

Sehgal started the Samvardhana Motherson group in 1975 with his mother and in 1986 established its flagship, Motherson Sumi Systems, as a joint venture with Japan’s Sumitomo Wiring Systems. Sehgal has since expanded the group largely through acquisitions—22 in the last 17 years. With a client list that includes Audi, BMW, Ford, Mercedes-Benz and Volkswagen, the group now has more than 270 factories in 41 countries.

Analysts warn the industry faces even tougher times ahead amid India’s credit crunch and the prospect of higher prices once India’s tougher emissions regulations start next April. “Companies will struggle to pass on any additional costs to consumers,” says Nomura Securities auto analyst Kapil Singh in Mumbai.

While waiting for demand to recover, Sehgal is focused on making his products lighter and stronger. Motherson Sumi is designing parts suitable for a variety of engines: combustion, hybrid or electric. “We are readjusting and realigning our strategies based on each market,” he says.

Motherson Sumi’s global presence, Sehgal says, gives it some buffer against the slump at home, as about 88% of the company’s $9.1 billion annual revenue comes from overseas. Motherson Sumi also had $21 billion in back orders from overseas as of March this year, including those from Dutch auto parts maker Reydel Automotive, which it bought for $201 million in August last year. That acquisition brought in additional orders from European and Korean manufacturers.

So while his company’s shares may be falling, Sehgal hopes to use the downturn as an opportunity to buy even more capacity abroad. “Our M&A team is working very hard,” he says. “Watch this space.”