How to Succeed in Business

Have fun, hold onto the stair rail, and communicate well – advice from the executive who transformed formerly sleepy U.K.-based engineering firm AMEC plc into one of the best-performing companies on the London Stock Exchange in just six years

“In this business, you need to have fun,” says Samir Brikho, AMEC’s ebullient CEO. “If you don’t have fun, you don’t go to work.”

Coming from someone who starts his day at 5.30 a.m. by checking out news updates in four or five languages while he is showering and having breakfast, such a notion might seem relative. But Brikho, an energetic 54-year-old who enjoys skiing, sailing and golf as well as music and dancing, is deeply serious, and not just about fun.

Take the grip on the stair rail: it’s no joke. Holding the rail when you go up or down stairs is a basic safety requirement, especially in the oil and gas sector where AMEC has some of its biggest clients, and it’s compulsory in AMEC’s offices. “We don’t want accidents,” says Brikho. In addition to the human cost, “in the oil and gas business, if people are killed or injured, you don’t get business anymore.” 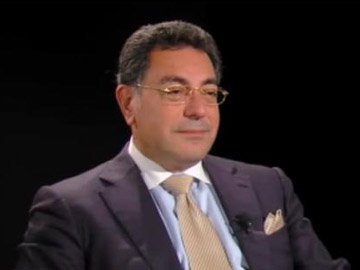 Samir Brikho, CEO, AMEC
Above all, however, the Lebanese-born businessman stresses the need for good communications. When he took the helm at AMEC in October 2006, replacing a predecessor who was retiring, one of his first challenges was to shed loss-making businesses and refocus the company on a selection of core activities. To do that, he needed to project the right combination of humility, determination and openness.

“When you come to a large organisation and you don’t actually know anybody at that organisation,” he told INSEAD Knowledge in an interview at INSEAD’s Fontainebleau campus recently, “you need to be very humble, very modest and very open in communication [about] what you are trying to do.”

A clear ambition
Brikho came to AMEC with a clearly formed ambition: to convert a sprawling engineering and construction firm with more than one and a half centuries of history but only limited geographical reach and inadequate management controls into a high-value consulting, engineering and project management powerhouse with operations around the globe. Achieving such an objective, he says, required “clarity of vision, clarity of strategy and very clear communication.”

As AMEC CEO, Brikho has pursued all three relentlessly, not just by setting ambitious goals and winning support for them internally but also by making sure that the world knew that the company was on track to meet them.

In doing so, he has transformed the company into a profitable and focused supplier of consultancy, engineering and project management services in the oil and gas, mining, clean energy, and environment and infrastructure markets, with operations in more than 40 countries. Since August 2006, when his appointment was announced, AMEC’s share price has more than tripled.

When first asked by a headhunter if he would be interested in the post, he had turned down the idea straight away. At the time, he was a member of ABB’s Group Executive Committee, based in Switzerland, and head of its power systems division. Trained in Sweden, where his family had moved in the 1970s to escape from the war in Lebanon, he had already made his mark at Sweden’s Asea AB, which merged with Brown Boveri & Cie of Switzerland in 1988 to form ABB. His prospects within ABB were good. AMEC seemed too small to be of interest.

Still, the headhunter insisted, and Brikho looked at AMEC more closely. What he saw convinced him that the company presented an unusual turnaround opportunity.

Checking out the value
Formed in 1982 out of the merger of two long-established U.K. construction and engineering firms and expanded in 1988 by the addition of another even older U.K. company, AMEC had embarked on a diversification strategy in the 1990s, moving into oil and gas and purchasing companies in France and Canada. But its strategy was not matched by integration of its various components. Its internal management systems were unwieldy, with 52 senior executives reporting directly to the CEO. It had 19 different payroll systems, more than 20 accounting systems, and a lacklustre earnings record that made it look more like a takeover target than a potential stock market star.

Though the company was clearly underperforming, it had a robust relationship with its clients and strong potential. “The more I checked it out, the more I saw value,” Brikho recalls. Within months, he had moved from Switzerland to London to take up the challenge.

On his first day in the job, he set himself and his new colleagues a two-month deadline to define a new vision for the company, which had just issued its third profit warning in 14 months. Simultaneously, he launched a cost-cutting programme which included moving the company’s London headquarters to a less expensive location on the northern edge of the City, London’s business district, and a review of the whole range of the company’s activities.

Using an activity-based costing model, he recalls, “We plugged in all our 40 sectors and analysed each of them.” Businesses that had been considered core activities for AMEC were discovered to have been losing money for years.

Brikho wasn’t alone in seeing potential value at AMEC. A few days after he joined the company, he received an offer from a firm of venture capitalists proposing to take it over at a handsome premium on its then share price. By that time, however, he had the bit between his teeth and no intention of selling out.

Instead, he launched a process of divestment of non-core operations in construction, property development and other unprofitable sectors, while building up the firm’s capabilities in its selected core areas of activity. “We moved out of 30 sectors, never to return,” he comments.

Partner of choice
Focusing on consulting, engineering and project management, AMEC set itself the target of becoming the partner of choice for its clients. Embarking on a strategy of growth by acquisition, it bought a string of more than 20 companies in countries from Canada to Kazakhstan and from South Africa to Australia.

At the same time, it launched a process of raising the quality of its workforce, through external hiring and internal training at its newly created AMEC Academy. By 2009, Brikho was ready to unveil the company’s Vision 2015 strategy to become the world’s “leading supplier of high-value consultancy, engineering and project management services to the world’s natural resources, nuclear, clean energy, water and environmental sectors”. He also announced an objective of more than doubling the company’s Earnings per share (EPS) to over 100 pence by 2015.

To be sure, not all AMEC’s M&A overtures have been successful. On several occasions, Brikho acknowledges, he has approached other companies with a view to potentially transformational deals that haven’t materialised.

Nor have all of the company’s public communications won plaudits from the market. A couple of weeks before the announcement of the joint venture with Samsung, AMEC unsettled investors with news of the departure of its chief operating officer in the context of a switch to a geographical-based management structure in place of the previous sector-based structure. The announcement knocked the company’s share price, as analysts speculated about a possible change in the company’s strategy. Nomura Securities commented tartly that AMEC had “not been sufficiently transparent”.

By November, however, AMEC was back on the front foot, telling investors that, despite worldwide economic uncertainties, it was still on track to deliver double-digit revenue growth in 2012 thanks to strong demand for its services and its “new, more agile structure”.

Brikho, meanwhile, has his eye fixed on the future. Every Friday, he told a group of INSEAD students recently, he spends two hours writing a one-page memo to AMEC’s approximately 30,000 employees.  “I don’t tell them what they should do. I tell them what I have been doing this week, what learning I have been through, what I noticed in the organisation that is working well or not working well, how the customers perceive AMEC, how they perceive AMEC employees, how they perceive the value-added that we bring to them.”