M&As In China: Does Politics Still Speak Louder Than Money?

A couple of foreign M&As of Chinese companies look likely to go through. Is it just a chip in the Great Wall of protectionism or a real shift in policy?

It was not so long ago, in 2009, when Coca-Cola’s $2.4bn acquisition bid for a leading domestic drinks manufacturer was rejected by regulatory authorities, prompting foreign companies to complain that political considerations in China meant foreign acquisitions of top companies would simply not occur. Now there are signs that things are changing.

First, there was the news in June that Diageo had received approval from China’s anti-trust authorities to take over Shui Jing Fang, a famous Chinese white spirits producer. 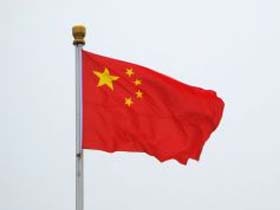 The deal, a long time coming – two years in fact - must still be approved by the China Securities Regulatory Commission, but is significant in that it will be one of the first foreign acquisitions of a big Chinese listed company.

Then, in July, 20 years after it first entered China, Swiss food giant Nestlé announced its intent to acquire a 60 percent stake in Chinese confectionary company Hsu Fu Chi in a deal valued at $1.7 billion.

The Nestlé deal has still to cross its own regulatory hurdles but the successive announcements are striking in a country dogged by persistent criticisms from foreign interests over its protectionist tendencies toward domestic players.
China wants investors
“There’s a growing misconception that the Chinese government no longer welcomes foreign direct investment,” says Liu, whose research examines structural changes within the country, with a broad, cross-industry perspective on what will be required for multinational companies (MNCs) to succeed. “The Chinese government is still very much trying to encourage foreign investment — the difference between the situation today versus the 1980s and ‘90s is that the government is becoming more selective in welcoming foreign investment.”
Although no great fan of corporate acquisitions, especially as part of a market entry strategy into China, Liu concedes that from time to time buying a company in order to gain immediate access to a new technology or patent, a complementary product line or distribution channel, or even scarce talent, can be a more cost-effective alternative to organic growth through internal development.

“The corporate landscape has been filled with failed M&As, more than half of which resulted in an erosion of shareholder value,” he warns, adding cross-border acquisitions face double cultural barriers - a strategic minority investment or a joint venture is likely a more prudent entry strategy.

Liu notes that multinationals are hungry for the new growth opportunities that abound in China thanks to rising income levels, increasing urbanisation and an untapped consumer base in western and rural China. At the same time, big foreign companies are also aware that local players are rising rapidly, and delivering better quality products.

Problems can be managed
For multinationals wishing to get ahead, the political challenges cannot be evaded - but they can be managed. According to Liu, whose latest book is entitled “China: Key Success Factors”, times are changing and understanding the subtle shifts in the political landscape is crucial for foreign investors. “Government relations will continue to be one of the most important, if not the most important undertaking, for MNCs doing business in China,” he says. “The government will cease to be directly involved in managing microeconomic issues but will continue to play an important role in the industrial policy setting, in price control in select industries, and also in inserting new policies related to regional development that directly or indirectly will affect business enterprises.”

The government needs help, particularly in pioneering new technologies and services, he notes, and the more experienced multinationals are taking active steps in contacting government agencies and offering their experience.

More pressure
But Gupta says a culture of product imitation has improved reverse engineering capabilities and multinationals are under much more pressure than before. “MNCs need to rethink entire production processes and business models — companies need to squeeze costs to reach more customers, to accept thin profit margins to gain volume and to reduce the impact on the environment.” With commodity prices mounting and climate concerns escalating, he says companies that can leverage “frugal innovation” to create more innovative products, services, processes and business models are more likely to succeed.

At the same time, the next 20 years present large market opportunities in the low-to-middle segments, Gupta adds, and “companies need to lower the price of their products and services in order to reach out to this huge potential market.” Nestlé’s CEO Paul Bulcke cited Hsu Fu Chi’s “large portfolio of products at affordable price points” as a key factor to grow Nestlé’s portfolio of international and local brands that are more tailored to Chinese consumers’ needs and habits.

A shortage of locally grown experienced management talent remains an issue and importing talent from elsewhere to meet the demand may not be a sustainable solution. “Smarter MNCs with enviable track records have adopted practices that keep them close to the top schools and universities across China and maintaining continuous working relationships,” says Liu. “I’d encourage MNCs to keep a long-term attitude towards the very important topic of keeping their talent pool always ready and available.The smartest way to grow talent for its operations in China is to develop your own.”

Tweets by @forbes_india
Why India's Role in the Global Economy is Still Work in Progress
If In Doubt, Ask the Expert