The quest for the perfect chip led PepsiCo to enter into a partnership with BASIX, a company that provides financial services to the poor. Was this relationship so rosy?

By Gita Bajaj and Neelu Bhullar

After a routine meeting with local farmers on 15 March, 2007, when Mihir Sahana, Area Manager for BASIX in Jharkhand, India, returned to his office he found an email from Shishir Ranjan, Manager Agriculture/Business Development Services (Ag/BDS), reminding him of the PepsiCo-BASIX Partnership project-performance review presentation that was planned for the following week. The presentation was to be made to Samiran Das, Operations Director, PepsiCo Inc., and S Ramachandran, Senior Vice-President, Bhartiya Samruddhi Finance Ltd.  (BASIX Group Co.). However, before that, Sahana and Ranjan had to brainstorm to explain the mediocre second-year results of the PepsiCo-BASIX partnership. The road ahead needed to be charted, given that the project was precariously positioned – the first year had been a runaway success, but the second year results required loopholes that needed to be addressed.

It Takes Three to Tango: PepsiCo, BASIX, and Farmers in Jharkhand
PepsiCo, the fourth largest consumer products company in India, established its business operations in the country in 1989. Frito-Lay, its food division, manufactured Lays potato chips, Cheetos, Uncle Chipps and traditional snacks under the Kurkure and Lehar Namkeen brands. By 2007, it led the Indian market with a share of 45% in the $200 million branded-snacks market. In 2006, Lays and Uncle Chipps accounted for 50% sales of the total portfolio. The chips were made out of a specially-grown potato that was suited to the assembly-line production and had superior taste. 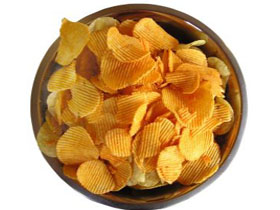 However, as a result of the Indian Land Ceiling Act, no agri-business firm such as PepsiCo could own and cultivate land for its raw material requirements and the open market did not offer enough assured supply of desired quality potato. PepsiCo needed to source the potato. Another challenge for PepsiCo was to source the potato production all year round. In West Bengal, where Frito-Lay had one of its state-of-the-art manufacturing units (the other two were in Punjab and Maharashtra), the potato crop was harvested in end-January. Hence, towards the end of the year, the availability of potato was most scarce and to deal directly with small producers (farmers) was a cumbersome task. Thus, to meet their requirement, PepsiCo began contract-farming in Jharkhand, the state adjoining one of its manufacturing units in West Bengal, in 2005. This was in partnership with BASIX.

The Holding Company of the BASIX Group, headquartered in Hyderabad, India, was called Bhartiya Samruddhi Investments and Consulting Services (BASICS) Ltd. By 2006, BASIX was working with over 90% rural poor households and about 10% urban slum dwellers in 12 states across 205 districts. BASIX’s mission was to promote a large number of sustainable livelihoods, for the rural poor and women, by providing financial services and technical assistance in an integrated manner.

BASIX had a strong presence in Jharkhand, where marginal farmers were struggling to make ends meet. As per the agreement, PepsiCo was to supply seeds and get an assured supply of chip-grade quality potatoes. BASIX was to provide microfinance to the farmers and render training and consultancy for package of practices (POP) as well as check the background of the farmer, land ownership details, soil quality, etc. Farmers were to get assured buyback of the produce and also an opportunity to learn modern farming practices, as per PepsiCo’s guidelines.

But first, the farmers had to be convinced! This job was undertaken by the BASIX team. BASIX made significant efforts to explain the dynamics of the contract to the farmers. Even though the marginal farmers in the poverty-ridden state of Jharkhand struggled to make ends meet, it was difficult to convince them because the seeds were more expensive, the farming technique was unfamiliar and the result was also pure conjecture. Not many liked to risk their annual crop.

Since potato was a perishable crop, the idea of getting an assured buyback at a reasonable fixed price of $0.14/kg (usually market price fluctuated from $0.08 to $0.20/kg, depending on the time of the year) was tempting. Notwithstanding farmer concerns in relation to the cost and technique, 70 farmers with a total acreage of 83 acres agreed to take the chance because they had faith in BASIX. Once the farmers agreed to participate, BASIX provided microfinance to them to buy seeds and other material for contract farming and also offered, at minimal charges, training modules and consulting to help upgrade their skills. It paid 75% of the seed cost to PepsiCo, received the potato tubers and in turn delivered it to the farmer. The BASIX team, along with the PepsiCo team, guided these farmers on farming practices, which resonated well with the objective of livelihood promotion. The resultant crop, whose quality was more or less as desired by PepsiCo, was inspected and collected from the farmer’s doorstep by PepsiCo officials. BASIX transported this crop to PepsiCo’s warehouse in Kolkata, West Bengal. Within 15 days the payment arrived in BASIX’s account from which the dues, including service charges, were deducted and the balance handed over to the farmers.

Performance at a Glance
At the end of the first year (May 2006), the acreage, along with the number of farmers ready to adopt contract farming for BASIX, increased astronomically. BASIX’s loan portfolio had significantly improved and the newly formed Growers’ Association decided to sign a fresh contract. Both PepsiCo and BASIX enhanced support. Thus, the collaboration proved to be a success in the first year.

However, the second year results were not as encouraging. In the early part of the second season, the heavy rains in the state washed away a large part of the planted seeds and demand for more seeds grew, which PepsiCo was unable to provide in time. The farmers hounded the BASIX staff, who in turn demanded timely supply of seed from PepsiCo.  Considering the crop was seasonal, delay in re-sowing the seeds would slow the maturing and could result in no growth at all. To add to the woes, expansion in the acreage under cultivation required increased supply of other essentials as well. These issues caused high levels of anxiety amongst all the stakeholders down the entire supply chain. During this time, owing to the impact of adverse weather conditions on the crop, the potato prices in the open market rose to $0.20/kg and farmers were tempted to sell their improved produce there. BASIX succeeded only partially when it tried to hold the farmers to the contractual arrangement. Many farmers sold the produce under cover of the night. PepsiCo reacted sharply and rejected the leftover potato produce for the farmers and BASIX to deal with. Thus, the returns were less than expected.

The Dilemma
Meanwhile, the close of the second season raised several concerns for all the stakeholders. Sahana was aware that in the upcoming project review meeting, Ramachandran was most likely to inquire about the returns and plans of the project, whereas Das would need an update on quality and quantity assurance. During their call, Sahana and Ranjan would, thus, have to deliberate upon the following pressing issues: What should they recommend to PepsiCo, especially with regard to not having taken into consideration the occurrence of extraneous variables such as natural calamities? More importantly, was the PepsiCo-BASIX partnership a win-win for all?

The case summary was written by Arohini Narain, Consultant, Content Development, Centre for Teaching Learning and Case Development (CTLC). The CTLC at the Indian School of Business (ISB), in partnership with Richard Ivey School of Business, The University of Western Ontario and Association of Indian Management Schools (AIMS) hosts an annual case-writing competition that was launched in 2010.

Tweets by @forbes_india
Indian Entrepreneurship And The Challenges To India’s Growth
When They Are Wrong, Analysts May Dig in Their Heels