Why enterprises are now opting for open source software

Jim Whitehurst, president and CEO of Red Hat, and Rajesh Rege, the company's India MD, explain why open source is an idea whose time has come and how using it cuts down costs 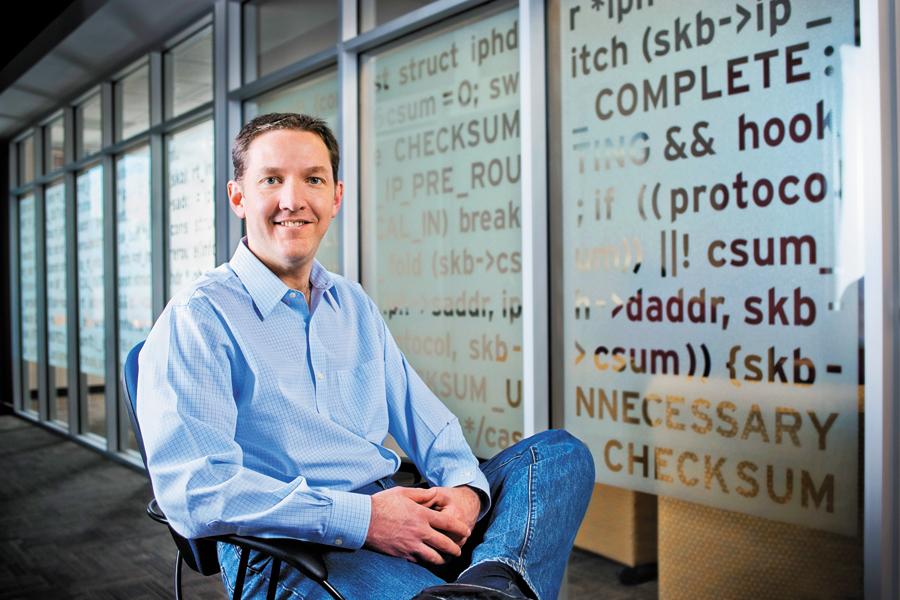 In March this year, Red Hat became the world’s first open source software (OSS) solutions company to cross $2 billion in revenue. The term open source implies ‘free’ access to software which developers can modify. Not many thought Red Hat would be successful when the company was founded in 1993. However, it has proved its naysayers wrong with a $14.78 billion market cap (as on September 30), $600 million revenue in Q2 FY17 and entry into the Forbes list of the World’s Most Innovative Companies in 2016 for the fourth time. Jim Whitehurst, Red Hat’s president and CEO, and Rajesh Rege, its India MD, tell Forbes India why enterprises are now opting for open source software. Edited excerpts:

Q. How do enterprises use open source software?
Whitehurst: Open source refers to the fact that the source code is open and one can modify it. In terms of enterprise use, there are typically OSS alternatives at almost every layer of the software stack. It would be impossible to get through a day without using a fair amount of open source. For instance, if you go on the web, the things you are touching [by browsing, streaming or chatting] are open source; if you get money out of a cash machine, you are going to hit banking systems built on open source; airlines’ reservation systems are almost entirely built on Linux (an open source operating system).

Q. What are the benefits of using OSS?
Whitehurst: It is dramatically lower cost because you are not paying the licence fee for the software upfront; you are paying a subscription, service and maintenance fee. Plus today, most new innovations happening in technology are happening in open source—from big data to DevOps (a combination of development and operations). Google, Facebook, Twitter and LinkedIn do their entire infrastructure work using open source. If you want to build a private cloud, you could use the same technology that Google uses to do that. The alternative is to wait until a proprietary software (whose source code is known only to the person who created it, thereby not allowing any modification) vendor builds something that looks similar and then buy that.

Q. How are companies in India using OSS?
Rege: The Bombay Stock Exchange is built end-to-end on open source on Red Hat. The Indian Railways uses it for managing the IRCTC portal which they re-architected using Red Hat components. We also serve customers in banks, ecommerce and other sectors like oil and gas and telco. Even the UIDAI—Aadhaar project—is built end-to-end on Red Hat.

Q. How important is India as a market for Red Hat?
Whitehurst: In terms of employees, it is our second-largest market after the US. It’s a great market for us not only because of its size, but also because it is dynamic. There are a lot of massive projects happening here and we get a large share of the new projects. As a company, we are growing at 20 percent; we are growing more than twice the figure here. Also, there are more developers here than anywhere else in the world.