From Dior and Schiaparelli to Balenciaga and Virgil Abloh, here's a world tour of fashion exhibitions to catch this summer 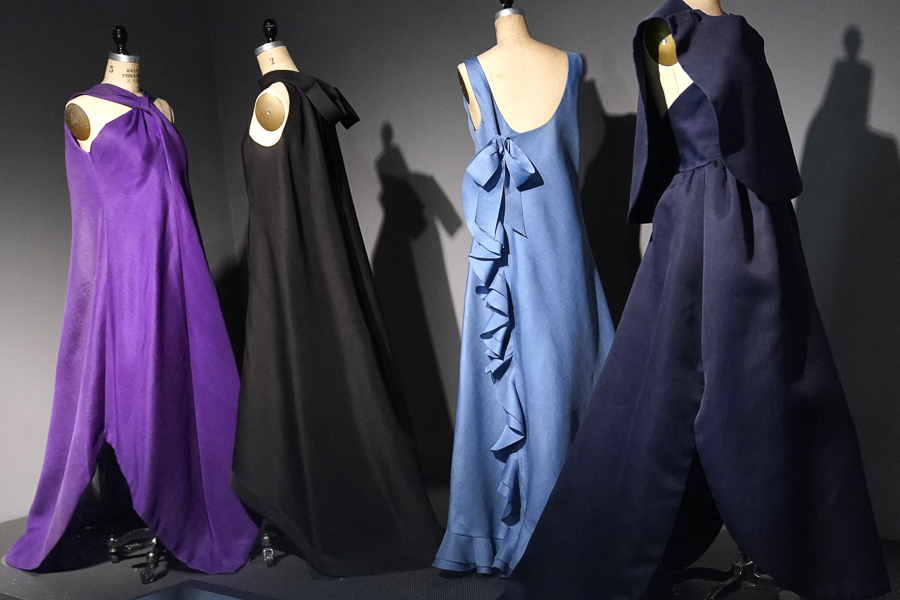 In New York, the Fashion Institute of Technology (FIT) museum showcases the construction methods and expert craftsmanship of Dior and Balenciaga. Image: Timothy A. Clary/ AFP

After two years of postponements and cancellations, the fashion industry is reconnecting with its audience by stepping up the number of physical events. As such, this summer will be especially rich in exhibitions, offering vacationers the opportunity to combine downtime with culture wherever in the world they may be. From Dior and Schiaparelli to Balenciaga and Virgil Abloh, here's a world tour of fashion exhibitions to catch this summer.

In the United States

Dior + Balenciaga: The Kings of Couture and Their Legacies
Two fashion heavyweights, Dior and Balenciaga, will see their work juxtaposed for the first time when some of their most iconic designs go on show at the Fashion Institute of Technology (FIT) Museum in New York City, until November 6. Here, it's not just about discovering the work of two legendary designers—Christian Dior and Cristobal Balenciaga—but about their innovative construction methods and the exquisite craftsmanship of their ateliers. All of this is illustrated through more than 60 garments and ensembles drawn exclusively from the museum's permanent collection.

Virgil Abloh: "Figures of Speech"
The Brooklyn Museum will pay tribute to the American designer Virgil Abloh, from July 1, 2022, to January 29, 2023, through a retrospective devoted to all of his work in the fields of art and fashion. The designer's visionary spirit will be celebrated through creations and garments, but also through the hit collaborations that he mastered to a tee. Visitors will be able to admire pieces created for his Off-White label, as well as clothing and accessories from his men's collections for Louis Vuitton, as well as sculptures, sketches and numerous archive documents.

Shocking! The surreal world of Elsa Schiaparelli
Next stop France, where the designer Elsa Schiaparelli will be honored at Paris's Musée des Arts Décoratifs from July 6, 2022, to January 22, 2023. This retrospective, devoted to the woman who created the famous 'shocking pink'—now a fashion classic—will focus on the links she forged with the art world through some of her collaborations, and on the boundless creativity and fantasy that led her to imagine a totally reinvented female silhouette, shaking off all kinds of conventions.

Vision & Virtuosity
In London, summer will be synonymous with jewelry-making expertise. The Saatchi Gallery is staging the "Vision & Virtuosity" exhibition, from June 10 to August 19, themed on the famous jeweler Tiffany & Co. which is celebrating the 150th anniversary of its presence in the British capital. Nearly two centuries of history will be showcased through exceptional pieces, such as the stunning Empire Diamond, which tops 80 carats. Movie lovers will find a section dedicated to the film "Breakfast at Tiffany's," with a focus on the original script of the romantic comedy.

Dior Hats: The Art of the Hat from Christian Dior to Stephen Jones
Back to France, where, until October 30, the Musée Christian Dior in Granville, Normandy, is paying tribute to the art of the hat—creations perhaps less well known than the famous couturier's outfits. No less than 200 models have been brought together, alongside haute couture dresses, photographs and archive documents, recalling how important the hat was to Christian Dior, who considered it an essential accessory of female grooming. Along the way, visitors will also be able to discover the work of his successors, including Yves Saint Laurent and Maria Grazia Chiuri, as well as the work of milliner to the stars Stephen Jones, and his 25 years of expertise as creative director of Dior hats.

Louis Vuitton
After a stint in Shenzhen, Louis Vuitton has now set up camp in the Olympic Sailing Center in Qingdao, in eastern China, where its famous bags, trunks, cases and other creations will be on display until July 1. There's only one month left for visitors to discover no less than 180 objects, including a collection of trunks from the early 20th century made to special order, traditional tea trunks, or even orders placed by Chinese celebrities. All of which charts the history and creative path taken by the French brand, from artisanal expertise to innovation.

Tweets by @forbesindia
Shailesh Vickram Singh at Climate Angels on the need for 'SIDBI-like' LPs in climate tech in India
10 years after 'Gangnam Style', Psy is happier than ever