Director Ryan Coogler had been preparing the sequel for almost a year when Chadwick Boseman died, causing him to take a new direction focused on T'Challa's sister, Shuri, played by Letitia Wright 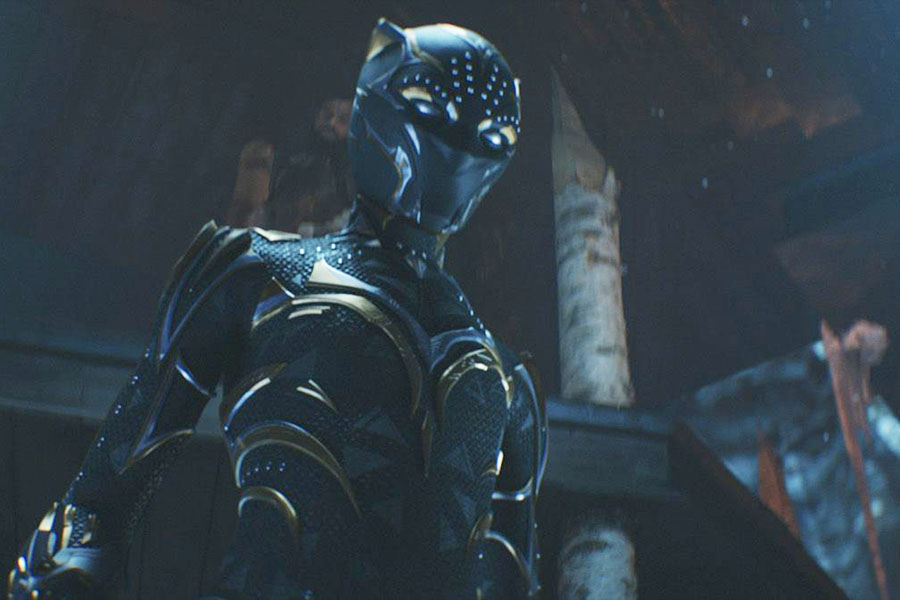 "Black Panther" returns to cinemas worldwide this week, having lost its star with the tragic early death of Chadwick Boseman, but none of its determination to push for greater diversity in superhero movies.

The real-life grief of the filmmakers is reflected in the film as Wakanda struggles to survive following the death of Boseman's character, King T'Challa.

Director Ryan Coogler had been preparing the sequel for almost a year when Boseman died, causing him to take a new direction focused on T'Challa's sister, Shuri, played by Letitia Wright.

"When you lose somebody, there's a blast radius. It's like a bomb that goes off," Coogler said at a press conference.

"The worst nightmare that you can have is if something were to happen to you, the people who you love and leave behind would be unmoored, would be lost. We were exploring all of those things," he said.

Wright praised Coogler's handling of her character's journey as she tackles her grief and becomes queen.

"We were able to bring something that felt real, that felt truthful. And I was able to really give my heart to it and give Shuri a full arc," she said.

The new film also marks the return of singer Rihanna with "Lift Me Up", a tribute to Boseman and her first single as a lead artist since 2016.

Boseman was the first black lead in a Marvel film and proved that was no hindrance to popularity, with "Black Panther" bringing in no less than $1.34 billion at the box office.

Also read: 'The Batman' and Matt Reeves: Emerging from the shadow of other caped crusaders

The rest of the industry has taken notice, and the new instalment comes hot on the heels of "Black Adam" from rival superhero behemoth DC Comics, starring Dwayne "The Rock" Johnson, which is currently dominating the box office worldwide.

Its plot partly revolves around Wakanda's efforts to fend off the United States and France as they try to get their hands on its precious natural resource, vibranium, at all costs.

It also introduces an old Marvel character, Namor the Sub-Mariner, who speaks Mayan in the film—a detail welcomed by Mexican actor Tenoch Huerta.

"It's time to change and reconcile who we are with our ancestors... and embrace them. And now it's happening in this movie... and that is exciting."