Even if there is no such thing as an all-green car, studies show that battery-powered ones cause fewer harmful greenhouse gas overall than their petrol-driven ancestors 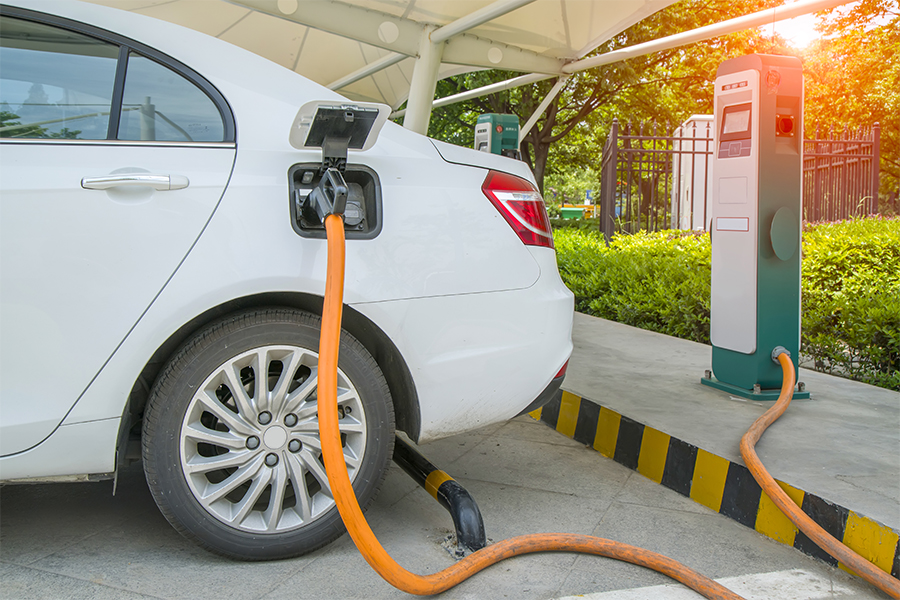 An electric car is also much more efficient in its use of energy than a petrol-powered one, according to the US Department of Energy. Image: Shutterstock

Sceptics say that far from helping save the planet, electric cars are a liberal pipe-dream whose environmental benefits are exaggerated. But even if there is no such thing as an all-green car, studies show that battery-powered ones cause fewer harmful greenhouse gas overall than their petrol-driven ancestors.

"Coal Powered Electric Cars.... Helping liberals pretend they are solving a make-believe crisis," reads a text shared on Facebook, with a photo of cars plugged in at a charging station.

The humorous meme implies that electric cars do not help lower climate-changing greenhouse gas emissions because coal is burned to feed the electricity grid.

The US Environmental Protection Agency has a calculator tool on its website to compare a petrol car's emissions with those of an electric one depending on where it is charged.

It calculates that an electric car charged in St Louis, Missouri—part of the subregion that relies the most on coal—on average will produce 247 grams of carbon dioxide per mile, lower than the average 381 grams of a gasoline vehicle.

Experts at Carbon Brief agree an electric car's emissions depend on what region or country it is charged in.

They would be higher in Poland or in an Asian country where more coal is burned than in France, where most electricity comes from nuclear power.

Overall, the International Council on Clean Transportation (ICCT) found electric cars are lower-emitting than their petrol-driven equivalents across their life cycle, from mining components to recycling.

An electric car is also much more efficient in its use of energy than a petrol-powered one, according to the US Department of Energy and other sources.

Making the vehicles' batteries is an energy-intensive process that includes mining and trucking raw materials, assembly in factories, and shipping worldwide. Recycling them is costly.

Another viral text shared on Facebook claimed that 500,000 pounds (227 metric tonnes) of earth are dug up to extract the metals for one electric car battery.

The estimate appeared to originate from a 2020 analysis by the Manhattan Institute, a climate-sceptic research group.

Several experts consulted by AFP said the figures were misleading. Peter Newman, professor of sustainability at Australia's Curtin University, judged it a "gross exaggeration" and said the quantity mined would vary depending on geography and the type of battery.

Mining has other impacts not immediately related to the global climate. About 70 percent of cobalt—a battery ingredient—comes from the Democratic Republic of Congo, where use of child labour in mines has been documented.

Access to the ingredients also raises strategic supply concerns, with many of the raw materials held by China, according to the International Energy Agency.

Georg Bieker, a Berlin-based researcher at the ICCT, said the environmental damage from oil-drilling made gasoline production no better.

The risk of devastation driven by greenhouse gas emissions, projected in recent reports by the UN Intergovernmental Panel on Climate Change, would be even worse.

"It is correct to demand improvements, e.g. as considered by voluntary standards in the industry and by mandatory due diligence requirements that are foreseen in the upcoming EU battery regulation," he said.

"In any case, it's clear that the social and environmental impact of global warming is catastrophic, at a different scale than the mining of battery raw materials."

After a snowstorm stranded hundreds of motorists in Virginia in January, users on Facebook shared posts warning that electric vehicles would run out of power and make the traffic jam even worse.

All those people would be stuck in freezing temperatures without a heated vehicle. And all the cars would be stuck unable to move because you can't bring a charging station to them," read the text.

"All those electric cars would become roadblocks to the gasoline powered vehicles."

Several fact-checking organisations scrutinised the claim. They found there was no evidence that electric cars would fare worse in a storm.

Studies such as one published in 2015 by the American Chemical Society have found that electric vehicles do consume energy less efficiently when driving in the cold.

However various experts said that if stuck in a storm, an electric vehicle would consume less power than a gasoline one, which would have to keep its engine running to power the heating.

British consumer affairs magazine Which? tested an electric SUV by simulating a traffic jam, with the car's radio, air conditioning, seat-heating and headlights on, plus a tablet device plugged in playing a film.

That used up a negligible two percent of the battery, or eight miles' worth of range, in an hour and a quarter - admittedly in summer conditions.

Tweets by @forbesindia
Crypto could lead to dollarisation of economy: RBI
Netflix lays off 2% staff to weather slowing growth