China, Japan and South Korea—all historical backers of coal development outside their borders—have pledged to stop funding new coal plants, and yet the worldwide operational fleet of coal-fired power grew in 2021 by 18 GW, and as of December an additional 176 GW of coal capacity was under construction—about the same as the year before 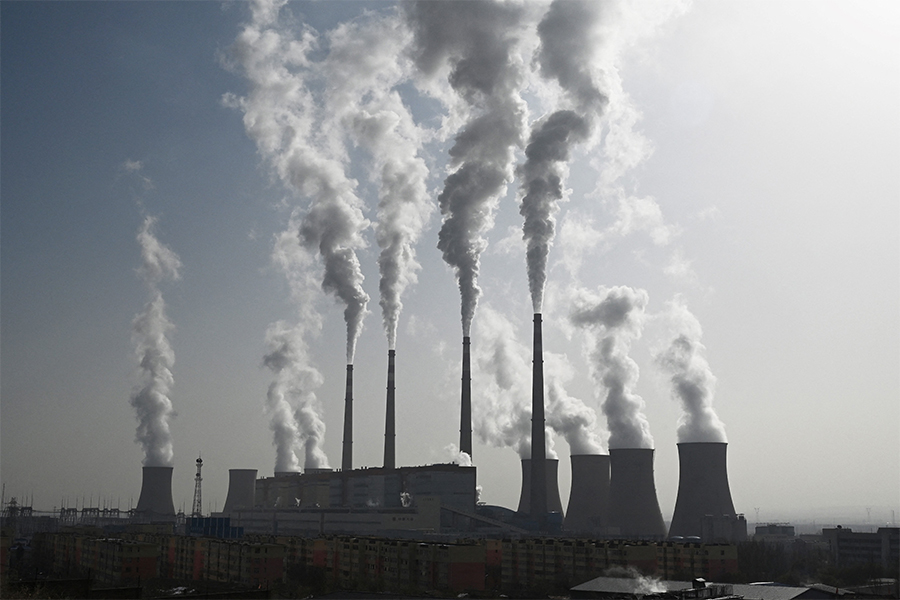 Paris, France: The number of coal-fired power plants in the pipeline worldwide declined in 2021, according to research released Tuesday, but the fossil fuel most responsible for global warming still generated record CO2 emissions, threatening Paris climate goals.
Since the 195-nation treaty was inked in 2015, coal power capacity under construction or slated for development has dropped by three-quarters, including a 13-percent year-on-year decrease in 2021 to 457 gigawatts (GW).
Globally, there are more than 2,400 coal-fired power plants operating in 79 countries, with a total capacity of 2,100 GW.
A record-low 34 countries have new coal plants under consideration, down from 41 in January 2021, according to the annual Global Energy Monitor report, Tracking the Global Coal Plant Pipeline.

China, Japan and South Korea—all historical backers of coal development outside their borders—have pledged to stop funding new coal plants in other countries, though there remain concerns about possible loopholes in China's commitment.
And yet the worldwide operational fleet of coal-fired power grew in 2021 by 18 GW, and as of December an additional 176 GW of coal capacity was under construction—about the same as the year before.
Most of that growth is in China, which accounts for just over half of new coal-fired power in the pipeline. South and Southeast Asia are responsible for another 37 percent.
Three-quarters of the new coal power plants that broke ground last year were in China, where newly commissioned capacity offset coal plant retirements in all other nations combined.

"The coal plant pipeline is shrinking, but there is simply no carbon budget left to be building new coal plants," said Flora Champenois of Global Energy Monitor. "We need to stop, now."
The UN's Intergovernmental Panel on Climate Change and the International Energy Agency have warned that having a fighting chance of capping global warming at liveable levels means no new coal plants and a rapid phase-out of existing ones.
Rich countries must do so by 2030 and most of the rest of the world by 2040, they said.
Many emerging economies—India, Vietnam, Bangladesh—have cut back on plans for new coal-fired capacity.
"In China, plans for new coal-fired power plants have continued to be announced," said Lauri Myllyvirta, lead analyst for the Centre for Research on Energy and Clean Air and a co-author of the report.
By far the world's biggest emitter of greenhouse gases, China has vowed to peak carbon emissions by 2030 and become carbon-neutral by 2060.
In the United States, efforts to curtail coal use have slowed, the report showed.
The amount of US coal capacity retired in 2021 declined for the second year in a row, from 16.1 GW in 2019, to 11.6 GW in 2020, to an estimated 6.4 to 9.0 GW last year.
To meet its own climate goals, the United States would need to retire 25 GW annually between now and 2030.
The European Union retired a record 12.9 GW in 2021, including 5.8 GW in Germany, 1.7 GW in Spain and 1.9 GW in Portugal, which became coal-free in November 2021—nine years before its target phase-out date.
By Marlowe HOOD
© Agence France-Presse

Tweets by @forbesindia
From trolls to misinformation: What will a Musk-ruled Twitter look like?
Why WeWork didn't work as planned: Four lessons on corporate governance