Dwayne 'The Rock' Johnson—Hollywood's top-grossing actor—appeared unannounced to promote his upcoming DC film "Black Adam" at the annual gathering, where Warner bosses also confirmed a sequel to Robert Pattinson's "The Batman" is on the way 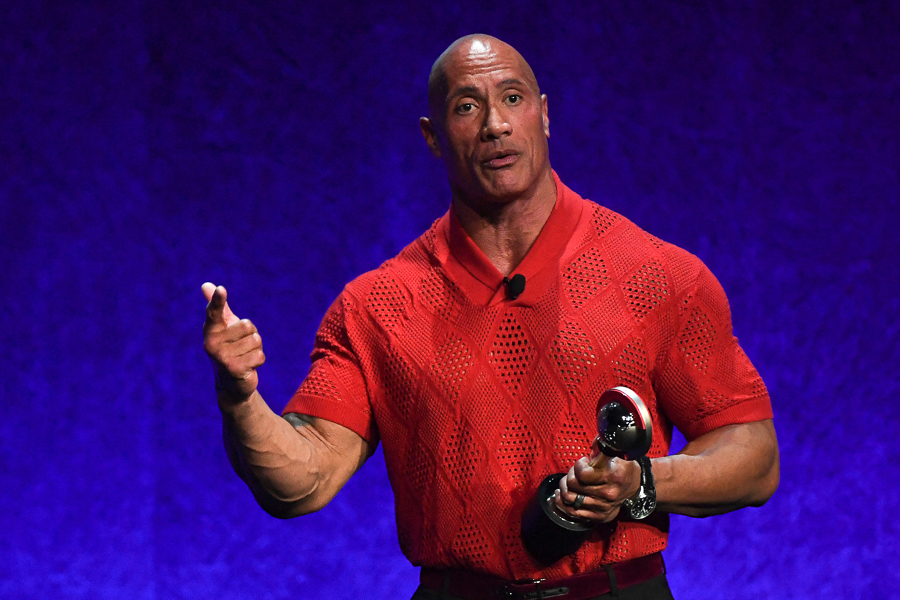 Dwayne "The Rock" Johnson topped a superhero-packed bill as Warner Bros presented its upcoming slate of blockbusters at CinemaCon on Tuesday, while Baz Luhrmann's "Elvis" graced the Las Vegas casino stage at the movie industry summit.

Johnson—Hollywood's top-grossing actor—appeared unannounced to promote his upcoming DC film "Black Adam" at the annual gathering, where Warner bosses also confirmed a sequel to Robert Pattinson's "The Batman" is on the way.

Further superhero sequels "Shazam! Fury of the Gods" and "Aquaman and the Lost Kingdom," as well as new standalone film "The Flash," were also presented to movie theater executives and managers, who gather each year at Caesars Palace casino to be courted by Hollywood's top studios and A-listers.

Johnson described his character in "Black Adam" as "the Dirty Harry of the superhero world," with ambiguous morals.

"Heroes don't kill people," says one villain in never-before-seen footage, to which Black Adam replies: "Well I do."

Warner and Johnson are banking on "Black Adam"—out in October—becoming a major draw for their DC superhero film universe, which has grossed billions without reaching the heights of the rival and record-breaking Marvel films such as "Avengers: Endgame."

Johnson surprised attendees by pretending to speak from Hawaii via video, before suddenly appearing in the Caesars Palace ballroom.

Beyond the superhero fare, which dominates modern megaplexes, Baz Luhrmann took the stage to discuss "Elvis."

Luhrmann called the film—out in June, starring Austin Butler as Elvis Presley and Tom Hanks as his domineering manager—as less a biopic and more the tale of "America in the 1950s, 60s and 70s."

"At the center of culture, for the good, the bad and the ugly, is the figure Elvis Presley," said Luhrmann, describing the music icon as "the original superhero."

"What this movie is about is America in those three epochs: Elvis the rebel, Elvis the highest paid actor in Hollywood and Elvis the living legend, the icon, trapped in that hotel not 10 minutes from here," he told the Las Vegas crowd.

Early footage was shown from "Wonka"—starring Timothee Chalamet as Roald Dahl's chocolatier before he opened his factory—and Olivia Wilde's "Don't Worry Darling," a twisty thriller inspired by mind-bending movies such as "The Truman Show" and "Inception," out in September.

"Moonage Daydream" will premiere at next month's glitzy Cannes film festival before hitting theaters in September. It is the first film to be approved by Bowie's estate, which gave director Brett Morgen access to thousands of hours of archives.

"Bowie cannot be defined. He can be experienced," said Morgen.

"We've crafted 'Moonage Daydream' to be a unique cinematic theatrical experience—to offer audiences that which they can't get from a book or an article."

Neon also previewed "Crimes of the Future" from David Cronenberg, the director of "Crash" and "The Fly," who pioneered the "body horror" genre.

The film starring Kristen Stewart, Viggo Mortenson and Lea Seydoux imagines a world in which humans are forced to speed up their evolution with grisly organ transplants and body modifications to survive their changing environment.

Cronenberg told AFP the film, which will also premiere at Cannes, was "a difficult film maybe, an extreme film, an unusual film."

Tweets by @forbesindia
Web3 is much more than just a fad: FCB's Tyler Turnbull
You can be a great marketer even if you've never done marketing before: Puma's Shreya Sachdev