Social media research company Brandwatch has compiled a list of the 50 most influential people on Twitter in 2022. And they find the Indian Prime Minister come out on top 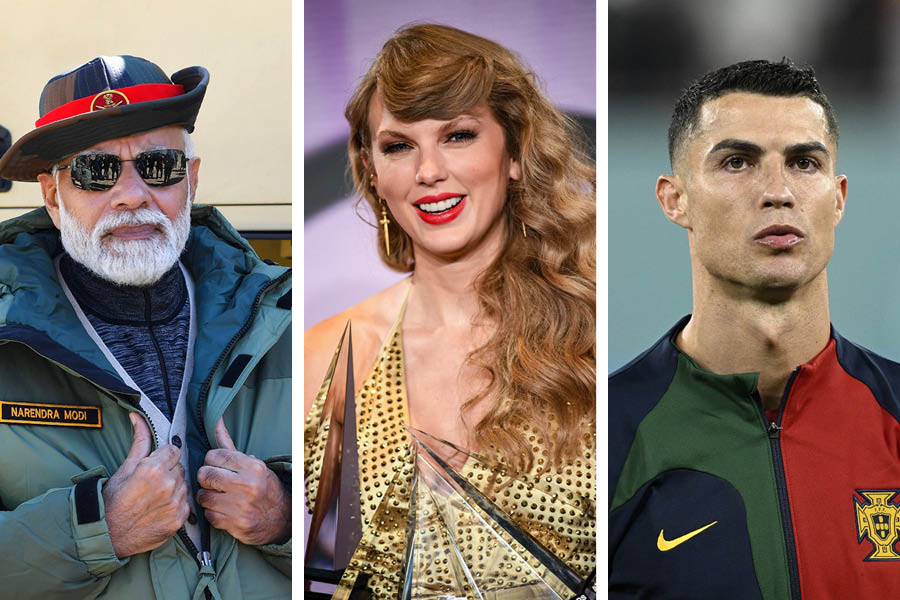 Narendra Modi, Taylor Swift, and Cristiano Ronaldo (l to r) are the most influential people on Twitter, according to Brandwatch. Image: Valerie Macon ? Noah Seelam / AFP

Kim Kardashian ? Taylor Swift? Cristiano Ronaldo? Who were the most influential celebrities on Twitter this year? Between music and movie stars, social media personalities, athletes and politicians, which profession is best represented? A market research firm analyzed audience metrics to find out, and the answers may surprise you.

Social media research company Brandwatch has compiled a list of the 50 most influential people on Twitter in 2022. Using its Brandwatch Audiences tool, the company has established an influencer score. This score measures an account's influence over time, based on the actual level of engagement it creates. "While large numbers of followers, retweets, and replies will help, the more influential the people they engage with, the better the score," the company says.

So what did they find? India's Prime Minister, Narendra Modi, came out on top with this methodology. The politician is very active, posting regularly on social networks, and the most influential on Twitter according to Brandwatch. That said, the Indian Prime Minister is not the most followed on the platform with his 84.7 million followers; he's outstripped by Barack Obama and his 133.2 million followers. Sometimes posting in Gujarati and sometimes in English, Narendra Modi does not only react to political news, but also cultivates real exchanges with internet users. Twitter, and social networks in general, have become a veritable tool for reaching young Indian web users -- who also represent a significant number of voters.

Modi's ascension to the top, dethroning singer Taylor Swift—who nevertheless has the same influencer score of 97—puts the growing influence of the politician profession on Twitter into perspective, with 8% of the top 50 influencers ranked in this category. In addition to Barack Obama at number 10 ( down 5 places since 2021), there is also Hillary Clinton at number 19 ( up 6 places), and Alexandria Ocasio-Cortez, who makes her debut in the ranking this year at number 37.

Also read: How LinkedIn became a place to overshare

While politicians may be making strides, "musician" is the most influential profession on Twitter, according to Brandwatch, with 48% of the ranked influencers musicians. Taylor Swift, first in the ranking in 2021, and Katy Perry are respectively second and third on the list.

INext is the profession of television host that counts the most top influencers, with 10% of the 50 influencers in this category.

Tweets by @forbesindia
Live abroad to excel in the language of leadership
Photo of the day: For BSF Raising Day