The photo-sharing app has changed so much over the years, it is making artists and their art feel unwelcome 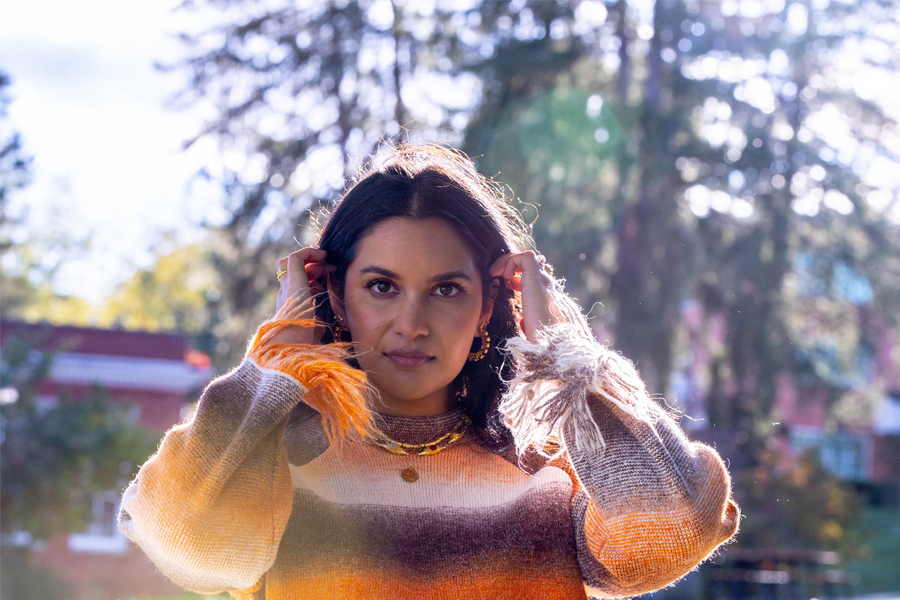 Artist Emmen Ahmed, who developed a following of nearly 18,000 on Instagram but felt pressure to make videos, in Lewisburg, W.Va., Sept. 27, 2022. Photographers and illustrators who once eagerly shared images of their work on Instagram are moving away from the site as it emphasizes video. (Mark Eric Trent/The New York Times)

SAN FRANCISCO — Deb JJ Lee built a career in illustration on Instagram, one colorful comic at a time. Some of the comics that Lee, 26, posted on the photo-sharing site told stories about fantastical worlds; others meditated on Lee’s experiences as a Korean American. Without Instagram, Lee, who uses they/them pronouns, said they would not be illustrating graphic novels and publishing picture books.

But seven years, hundreds of posts and tens of thousands of followers later, Lee’s relationship with Instagram has cooled — not because they no longer need social media to promote their art, but because the app has changed so much that it seems to have stopped welcoming artists.

The changes, Lee said, have “been nothing short of harmful to artists, especially those who make still images.”

Instagram was founded in 2010 as a photo-sharing site where people could post, curate and showcase snapshots from their lives. It became a destination for an endless variety of beautiful, funky, far-out and vibrant images — of food, national parks and everything else — turning into one of the internet’s premier visual repositories.

But Instagram, which is owned by Meta, has in recent years increasingly shifted toward video. It has introduced Reels, short videos meant to compete with the video-sharing app TikTok, and it has launched features to encourage people to make videos together. Its algorithms appear to favor videos over photos. Last year, Adam Mosseri, Instagram’s head, said the site was “no longer a photo-sharing app.”

That has caused angst among many Instagram users, who have relied on the app to share photos, illustrations, comics and other still images with friends and followers. In July, after Instagram introduced updates to mimic TikTok’s video features, celebrities such as Kylie Jenner and others rebelled, declaring an intent to “make Instagram Instagram again.” The backlash was so intense that Instagram temporarily reversed the changes.

For artists who make a living through Instagram, the platform’s move toward video is more of an existential threat. Many of these artists are photographers, illustrators or graphic novelists whose work doesn’t easily translate to video. More and more, they are finding that audiences on Instagram aren’t seeing their posts, their growth on the platform is stagnating and their reach is shrinking.

Some young artists who might have gotten their starts on Instagram are now venturing to membership-based photo-sharing apps such as VSCO and Glass. Others are exploring professionally oriented platforms including Behance and LinkedIn or other social media apps such as Twitter and TikTok.

“Twitter really matters a lot more than Instagram at this point,” Lee said. They now invest a majority of their energy in Twitter, where, they said, it is easier to discern how well a post is performing.

In a statement, Meta said it cared “deeply about all creators, including artists.” The Silicon Valley company, which is trying to lure content creators away from rivals YouTube and TikTok, has invited some artists to join its programs that pay influencers for using its products.

But Lee, who was recently invited by Instagram to earn a bonus for posting Reels, said the incentives were “even less reliable than freelance illustration.” Even if their Reels received 11 million views in one month, they said, Meta would pay them only $1,200. 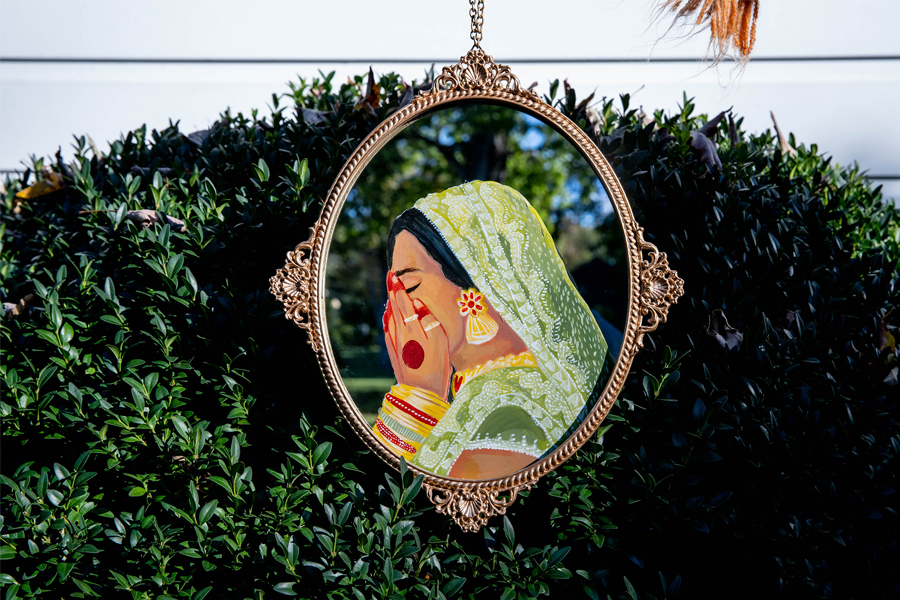 A work by the artist Emmen Ahmed, who developed a following of nearly 18,000 on Instagram but felt pressure to make videos, in Lewisburg, W.Va., Sept. 27, 2022. Photographers and illustrators who once eagerly shared images of their work on Instagram are moving away from the site as it emphasizes video. With the changes on the platform, “you fear that Instagram is no longer timeless,” Ahmed said. (Mark Eric Trent/The New York Times)

Maddy Mueller, 25, who illustrates infographics and paints backgrounds for animation, knew that she would have to market herself through social media after she graduated from a university in 2019. She joined Instagram to post her work.

But trying to attract attention to her art on the app soon became “an uphill battle” against the algorithm, she said. Mueller said she often felt that the number of hashtags on a post, or the time when it had been uploaded, mattered more than the actual content of the post.

To gain exposure for her work on Instagram, she began animating her paintings that were meant to be still — so that her posts would be treated as videos. Promoting her art meant less time to make it, she said.

Last year, Mueller, who lives in St. Louis, started focusing instead on Twitter, where she discovered a burgeoning community of artists. She was invited to illustrate zines, joined private Discord groups that shared professional opportunities and increased her following through hashtag events, in which artists tweeted and shared content with tags such as #PortfolioDay and #VisibleWomen.

Also read: Shashank Mehta on removing Instagram from the marketing mix of The Whole Truth

Once she had experienced Twitter’s community and growth, she said, “I basically almost gave up on Instagram.”

The changes have also made Instagram a more challenging place to find illustrators to hire, said Chad Beckerman, an art director and agent at the CAT Agency, which represents children’s book illustrators. It had once been easy to search the app for illustrators and view their work, he said, but the platform was now congested with irrelevant posts, Reels and Stories, a feature that people use to post photos and videos that disappear after 24 hours.

The algorithm “is not going after quality,” Beckerman said. “I don’t think the algorithm is even caring about what the person’s work looks like.”

Tweets by @forbesindia
Cred, upGrad, Groww are the top three startups in India in 2022: LinkedIn
A news article, a hashtag and a viral tweet: the birth of #MeToo