After the $44 billion acquisition of Twitter, Elon Musk has already started work on Twitter 2.0. But with layoffs and charging for verification, the future of the platform looks bleak in India 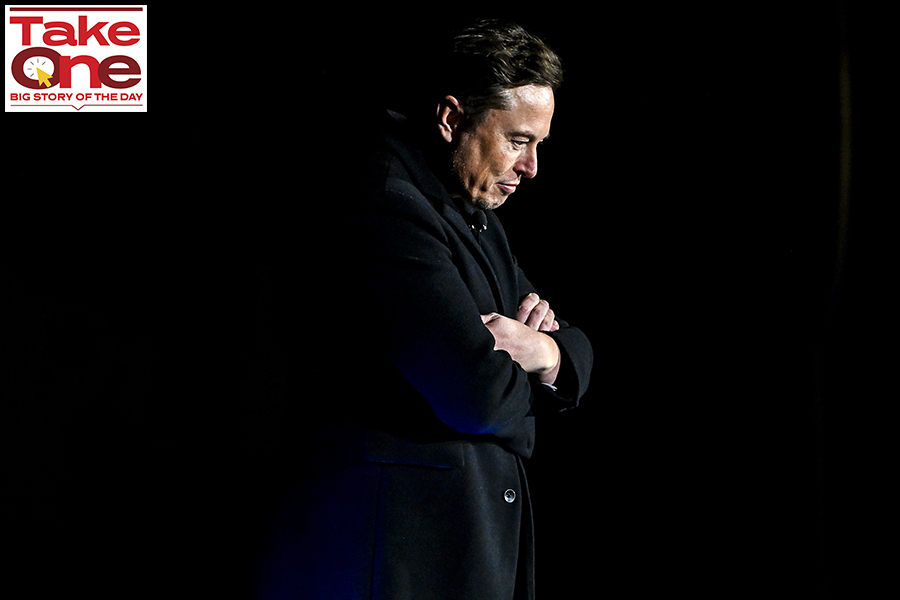 With Elon Musk at the helm, a shake-up was expected and the mass layoffs are just the beginning


On October 28, 2022 Elon Musk finally acquired Twitter for $44 billion. The first plan of action on his agenda was layoffs. A week post the acquisition, the workforce reportedly received an email stating, “If your employment is not impacted, you will receive a notification via your Twitter email. If your employment is impacted you will receive a notification with next steps via your personal email.”

As expected, about 50 percent of the staff received emails on their personal email. Globally, Twitter has laid off close to 3,700 employees and from the India team, 180 of the 230 employees have been fired. On the layoffs he tweeted, “Unfortunately there’s no choice when the company is losing over $4M/day.”

With Musk at the helm, a shake-up was expected and the mass layoffs are just the beginning. The board has been dissolved, including the chair, Bret Taylor, making Musk the sole director of Twitter. Top executives have also been fired, including chief executive Parag Agrawal, the chief financial officer, Ned Segal, and the head of legal, policy and trust, Vijaya Gadde. He has already signalled that users will be charged for verification, amongst many other changes. If implemented, it would mean a complete overhaul of Twitter as we know it—while some think it might be for the worse, some agree that it might be for the better. But in India, the future of the platform looks bleak.

In India, Twitter has about 23.6 million users (as of January 2022), according to Statista. According to website Business of Apps which quotes company data, the platform sees 206 million daily active users (as of 2021).

However, India reportedly accounts only for a small percentage of Twitter’s revenue. The registered entity of Twitter in India recorded Rs 86.39 crore as revenue in FY21. But this was just 0.23 per cent of the global revenue. In FY22, though its revenue jumped by about 82 percent, to Rs 156.75 crore, the India entity posted a net loss of Rs 31.84 crore for FY22. However, says former Twitter India head Manish Maheshwari, “India is a critical market from a user growth perspective.” 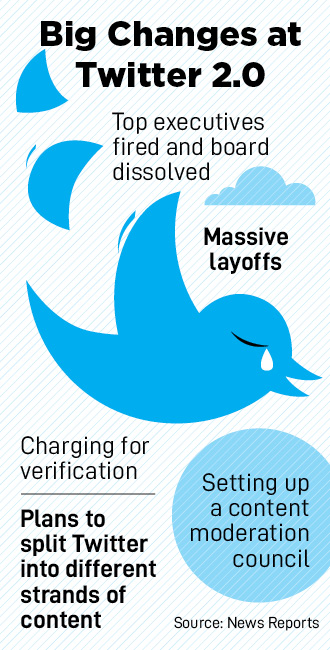 One of the reasons for the phenomenal user growth in India has been the focus on localisation. Now with only a handful of employees left in the India team, and centralisation of affairs, “local flavours will be lost, which could impact user growth. Cricket and Bollywood are key for India, and the team in India was working closely with them in getting the right content,” says Maheshwari.

The India team was responsible for making Twitter the platform of choice for opinions, news and conversations, according to him. “To see them being laid off via a simple email seems very inhuman and drastic to me. If the objective was cost optimisation, the wage bill of India is not as huge when compared to that of the US,” he says. According to Statista, India is the third largest market in terms of users. “If you were pragmatic, you would still keep the team, and get them focussed on growth and user acquisition. That will be a far better way of leveraging the team,” says the former Twitter India boss.

On October 28, Musk tweeted, “Twitter will be forming a content moderation council with widely diverse viewpoints. No major content decisions or account reinstatements will happen before that council convenes.” If Twitter 2.0 has such a council, will the Indian government’s view on Twitter change? Experts don’t think so--the government will continue to have control over content regulation. As of July 2022, Twitter India has reportedly complied with the new IT Rules, 2021. However, according to Divij Joshi, doctoral researcher at University College London, “Compliance with local laws on globalised platforms will never be very clear. Platform companies make rules according to a number of norms, of which compliance with local laws is one part.”

On the user side, Musk has been pushing to start charging for the ‘blue tick’ big time—$8 per month. Many users in India have started receiving a prompt for Twitter Blue access at Rs 719 per month on the iOS App Store. The core intent of paid verification is to kill bots and fake accounts. “He seems to be fine with fewer accounts, but wants genuine accounts, who are also willing to pay,” adds Maheshwari.

This additional revenue—from a subscription-based model—might help diversify Twitter’s revenue beyond advertising. “Today, more than 90 percent of the revenue comes via advertising, but he seems to want a thriving subscription revenue line as well,” says Maheshwari.

But if the focus is on subscription, it might be a tough one to crack in India. There might be a drop in users, since very few Indians are likely to pay. “From everything we can see about Elon Musk's ownership of Twitter so far, his actions are arbitrary, ill-conceived and ignorant of years of mechanisms specifically meant to protect vulnerable communities,” says Joshi. “Although this is far from perfect, leaving the platform is not an option for most users—there is often a great cost to leaving a network.” That said, there are enough options available to users, including Koo, Sharechat and Mastodon. “People have choices now, if you make them pay and don’t have the right content, they will move,” says Maheshwari.

Also read: Musk on the move at Twitter after takeover finalized

In the long run, if users drop because of the newly introduced paid model, Twitter might not have a large enough user base to attract advertisers. “For most companies, Twitter only accounts for 1 percent of their marketing spend. However, for Twitter, advertising is 90 percent of its revenue,” points out Maheshwari.

Amidst controversies, most advertising agencies have for now already asked their clients to put a pause on Twitter in the short to medium term. Indian companies such as Mondelez India, US-based brands such as General Motors, Audi, Pfizer, United Airlines, General Mills, Volkswagen Group have all suspended paid advertising on the platform for the short term. “With Musk chasing free speech and reducing content moderation filters, brands have concerns on brand safety,” says Hitesh Rajwani, founder & CEO, Social Samosa Network.

Creators seem to be happy with the richest man in the world for the changes he is bringing about at Twitter. Musk wants to focus on forming a thriving creator economy. “There are a number of creators on Twitter and even though they get followers, there is no way for them to monetise their craft,” explains Maheshwari. Creator monetisation for all forms of content on the microblogging platform is on Musk’s priority list. “The idea is that creators put exclusive content on Twitter, find a way to monetise it, which can be a revenue share with the platform,” Maheshwari adds.

Twitter has been at its saturation point for a few years now. Was a change in ownership needed to look at a fresh approach? Some feel that these macro changes might address challenges that Twitter has been facing for a while.

Rajwani says, “The platform needed a complete overhaul for quite some time, the change of ownership and that too a centralised leadership without any managerial roadblocks was the need of the hour. Some might call him rash or aggressive because of his ways, but he has the money, means and muscle to put the saturated platform in motion.”