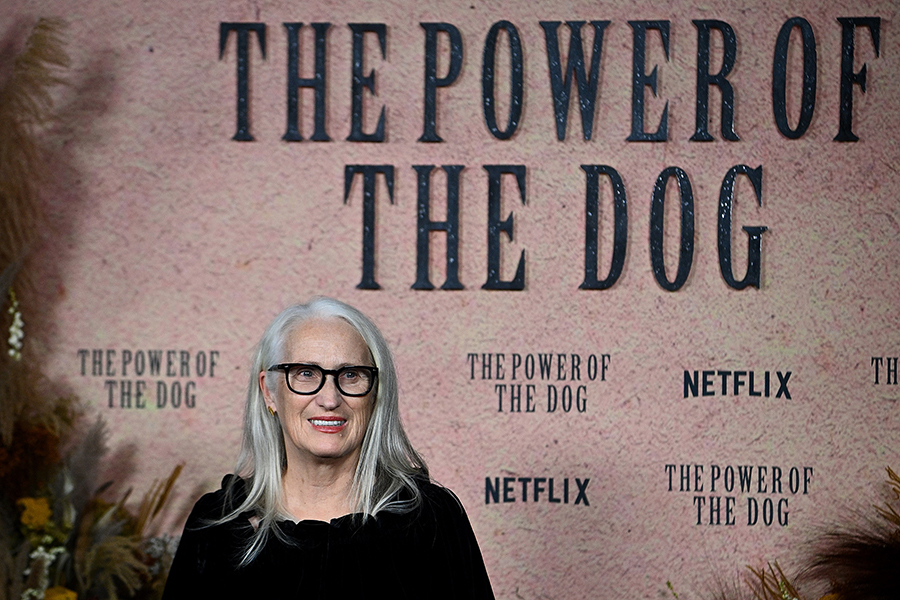 Jane Campion's gothic Western "The Power of the Dog" led the Oscars nominations Tuesday, as the Netflix film fended off big-screen studio movies from a year in which Covid-weary audiences slowly headed back into theaters.

"The Power of the Dog" was also nominated for best picture, and landed acting nods for Benedict Cumberbatch, Kirsten Dunst, Jesse Plemons and Kodi Smit-McPhee.

Campion was last nominated 28 years ago for "The Piano."

The streaming film held off a number of giant cinematic spectacles—many of which were pushed back into 2021 as theaters remained closed during the first year of the coronavirus pandemic—in this year's diverse race for Hollywood's biggest awards.

Sprawling sci-fi epic "Dune," which premiered in theaters and on HBO Max simultaneously, landed in second place overall with 10 nods, including one for best picture.

As expected, the adaptation of Frank Herbert's popular 1965 novel set on a desert planet plagued by monstrous sandworms scored well across technical categories including cinematography, visual effects and sound.

But its director Denis Villeneuve was surprisingly overlooked by the Academy of Motion Picture Arts and Sciences.

Spielberg's decision to remake the most honored musical in Oscars history had been criticized as unnecessary by some, but it won over voters to earn a best picture nomination, and another for supporting actress for Ariana DeBose as Anita.

As widely predicted, frontrunner Will Smith earned recognition for his portrayal of the father of tennis greats Serena and Venus Williams in "King Richard," which took six nods overall.

He is up against Cumberbatch, Denzel Washington ("The Tragedy of Macbeth"), Andrew Garfield ("tick, tick...BOOM!") and Javier Bardem ("Being the Ricardos.")

"From Compton to Wimbledon to Academy awards. Everyone can dream. And your dream can come true. OK I am definitely crying this morning. Congrats to the entire film and crew," Serena Williams wrote on Instagram.

Lady Gaga was the surprise omission in the best actress category, with "House of Gucci" earning just one nomination—for best hair and make-up.

Instead best actress will be contested by Jessica Chastain ("The Eyes of Tammy Faye"), Olivia Colman ("The Lost Daughter"), Penelope Cruz ("Parallel Mothers"), Nicole Kidman ("Being the Ricardos") and Kristen Stewart ("Spencer").

The plethora of A-listers among Tuesday's nominees will be a welcome sight for the Academy, after last year's Oscars gala—which featured many smaller movies barely known to the wider public—suffered from abysmal television ratings.

"Last year we had a much more indie Oscars... This year was the return of big cinema, big movies and studio films," said one Academy voter, who asked not to be named.

But hopes that larger-than-life, unapologetically commercial box office hits like "Spider-Man: No Way Home" and 007 outing "No Time To Die" could break into the best picture race—and boost flagging Oscars audiences—were thwarted.

The nominated movies, actors and filmmakers were unveiled Tuesday in a pre-dawn live-streamed ceremony hosted by actors Leslie Jordan and Tracee Ellis Ross.

Both were nominated for best international feature alongside Italy's "The Hand of God," Denmark's "Flee" and—in a first for the tiny Himalayan nation—Bhutan's "Lunana: A Yak in the Classroom."

And while it was a very good day for Netflix, Apple TV+ also joined the race between traditional Hollywood studios and streamers, earning its first best picture nod for "CODA," a moving drama about a deaf family and their daughter who can hear.

The 94th Academy Awards gala is scheduled for March 27.