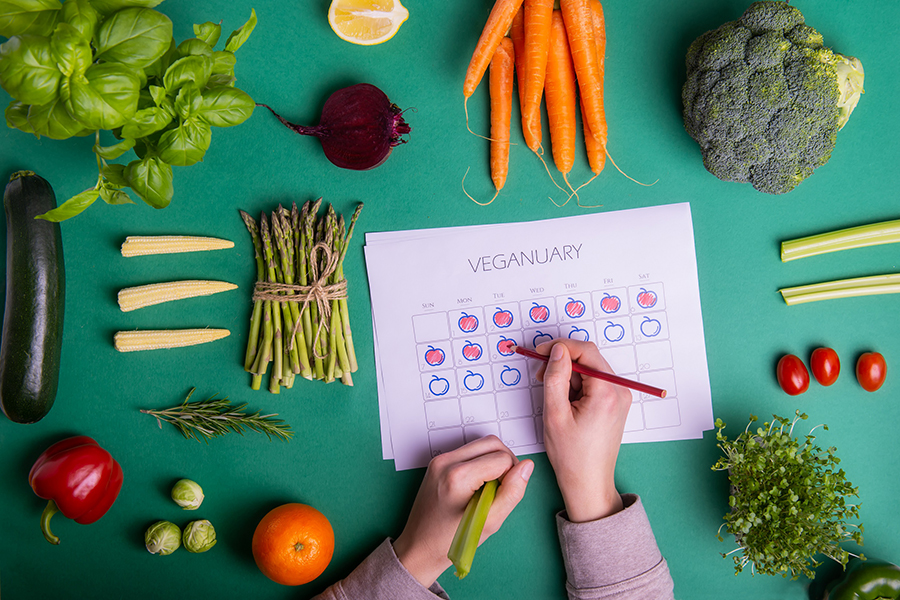 Veganuary has reportedly attracted over two million people since its launch in 2014.
Image:Okrasiuk / Shutterstock

Since the 2014 launch of the challenge that encourages people to sign up to a plant-based diet during the entire month of January, never have there been so many participants. In the UK, the Veganuary organization behind this now-viral challenge has recorded 610,000 registrations.

The month of January isn't over yet but the Veganuary association is already taking stock. At the origin of this challenge, which drew inspiration from the Dry January movement started one year earlier and dedicated to going alcohol-free for the month, the organization which advocates 100% plant-based eating is enthusiastic about the success of its campaign. Dedicated to raising awareness about animal welfare, but also the harmful impact of an animal protein-focused diet on the environment, this challenge has attracted more than two million people since its launch eight years ago.

According to figures relayed by The Independent, 610,000 registrations were taken into account for this 2022 edition. This year's edition is already a success since last year Veganuary had registered about 580,000 participants. Of course, it is difficult to know how many people truly followed an all-vegan diet, and for how long. But the British association also points to the number of businesses who have launched new vegan products and menu items including Babybel and Philadelphia cream cheese, Krispy Kreme and Domino's.