Is lab-grown chocolate the answer to the impending 'chocapocalyspe'?

Instead of harvesting beans, chocolate could one day be manufactured on a large scale in labs 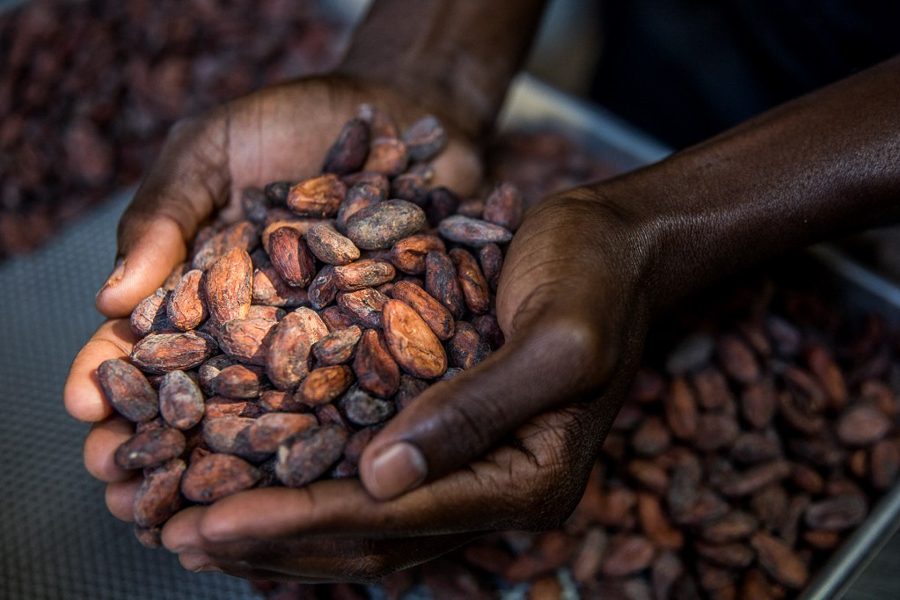 Instead of harvesting beans, chocolate could one day be manufactured on a large scale in labs.
Image: Valerie Baeriswyl / AFP

Chocolate consumption is constantly increasing while production is decreasing. Faced with this problem, companies are taking interest in alternative, lab-based production methods.

Since 2018, several stakeholders have been sounding the alarm and predicting a "chocapocaylpse," a global chocolate shortage. On the one hand, the global market is expanding very rapidly—so much so that it could double by 2025, reaching more than $170 billion by 2025, according to one report. More than half of global production is consumed in Europe and North America. Emerging countries, attracted by notions of "coffee culture," are seeing demand explode. In India, for example, chocolate consumption saw a 50% increase between 2011 and 2016, according to an article on The Conversation. On the other hand, supply is becoming scarce. Crops are suffering from the ravages of cocoa tree diseases, with growers not hesitating to turn to other more profitable crops such as rubber or palm oil. According to WWF, the process of cocoa farming has led to massive deforestation in West Africa, and involves child labor for dangerous jobs, especially in Ghana and Côte d'Ivoire.

Faced with these threats, some producers are focusing on sustainable development, such as the Mars or Milka brands. But others are turning to more radical alternatives. Researchers at the Zurich University of Applied Sciences (ZHAW) have developed a technique for growing chocolate in a laboratory. "Here in the lab we are actually just imitating processes that happen in nature," Regine Eibl, a researcher at the Zurich University of Applied Sciences (ZHAW), told Swiss Info. To produce this chocolate, the cocoa fruit must first be cleaned, then the beans must be sterilized, quartered with a scalpel, and incubated in a culture at 29° in the dark. Within three weeks, crusts are formed. These calluses are then harvested, placed in flasks and shaken in a bioreactor—a kind of large tank. The resulting product can be grown indefinitely and is more environmentally friendly, although the energy footprint of the production process has not yet been calculated.

Other companies interested in the field include California Cultured, Voyage Foods and Qoa. Based in Munich, the latter is interested in manufacturing chocolate with yeast and "precision fermentation." Qoa claims to be able to produce chocolate that is 20% cheaper than conventional chocolate. However, we're not likely to be sampling lab-grown chocolate anytime soon, as, for the moment, none of these companies has announced the release of this kind of product on the consumer market.

Tweets by @forbesindia
Pakistan, stricken by surging inflation, seeks an IMF lifeline
Germany hopes to speed up the shift to electric trucks