As the cost of food and fuel eats up a larger share of meagre incomes, people are putting pressure on the government of Prime Minister Imran Khan to do something

By Emily Schmall and Salman Masood 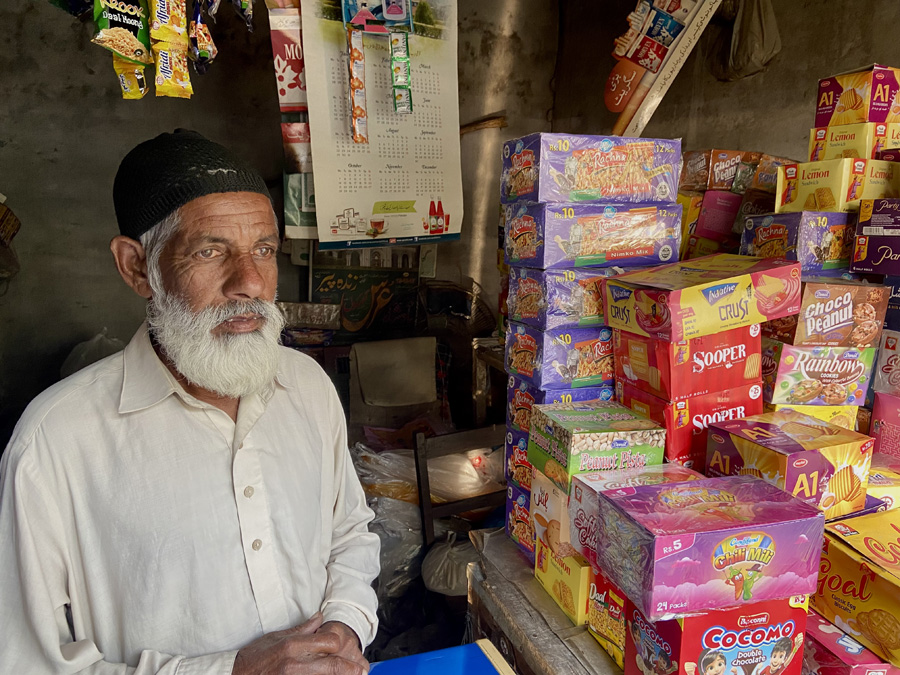 Muhammad Nazir canceled his daughter’s wedding. He parks his motorcycle at home and walks to his shop. Many of his shelves are empty because he cannot afford to stock the same supply of candy, soft drinks and cookies that he once did.

A growing number of his customers cannot buy his snacks anyway. The global inflation wave has dealt a severe blow to Pakistan, a country of 220 million people already struggling with erratic growth and heavy government debt.

As the cost of food and fuel eats up a larger share of meager incomes, people are putting pressure on the government of Prime Minister Imran Khan to do something.

“I am not making any profit these days,” Nazir, 66, said from his shop in Sohawa, a town about 50 miles southeast of Pakistan’s capital of Islamabad. “Still, I come here every day, open the shop and wait for customers.”

Surging prices have imperiled President Joe Biden’s agenda in the United States and hit shoppers from Germany to Mexico to South Africa. But they are having a particularly nasty effect in Pakistan, a developing country already prone to political instability and heavily dependent on imports like fuel. The effect has been worsened by a sharp weakening of Pakistan’s currency, the rupee, giving it less purchasing power internationally.

While inflation is expected to ease as supply-chain bottlenecks unsnarl, Pakistan feels it cannot wait. On Monday, the government announced that it had reached an agreement with the International Monetary Fund for the first $1 billion of what is expected to be a $6 billion rescue package.

“The economy is the biggest threat that the government is in fact facing right now,” said Khurram Husain, a business journalist in Karachi. “This is basically eroding the very basis of their public support.”

Government officials have downplayed the recent surge in inflation, saying it is a global phenomenon. Khan has also blamed the foreign debt burden he inherited from the previous government.

“The government spent the first year in stabilizing the economy but when it was close to stabilizing it, the country faced the biggest crisis in 100 years: the coronavirus epidemic,” he said, adding “no doubt the inflation is an issue.”

Officials also cite price comparisons of fuel costs with neighboring countries, such as India, claiming that Pakistan is still better off. Pakistanis have seen standard gas prices jump 34% in the last six months, to about 146 rupees per liter.

Pakistan has been rushing to tamp down inflation and get the money it needs to keep buying abroad. Last week, Pakistan’s central bank sharply raised interest rates, a move that could help cool price increases but one that could crimp economic growth.

Khan’s government reached out to Saudi Arabia for a lifeline. Saudi Crown Prince Mohammed bin Salman pledged $4.2 billion in cash assistance. Members of his government are also chasing loans from China they say are needed to complete crucial power-sector projects that are part of the $62 billion China-Pakistan Economic Corridor.

Pakistan’s economy has been in and out of crisis since Khan, a former cricket star, came to power in 2018. But other periods of inflation were felt mainly by the rich, economists say. This bad turn is affecting everyone.

Inflation surged 9.2% in October from the year before, according to government data. Food-price inflation is crushing Pakistan’s poorest residents, who already normally spend more than half of their incomes on food. The cost of basic food items shot up this month 17% year over year, government data show. Pakistan’s biggest food import is palm oil, which has jumped in price.

“The economy is not well,” Mian Nasser Hyatt Maggo, president of the Federation of Pakistan Chambers of Commerce & Industry, a Karachi-based industry group, said simply.

Unemployment has risen sharply, too, particularly among college graduates in cities. The number of people falling into poverty is up.

The problems have added urgency to Pakistan’s drive to establish a $6 billion loan program with the IMF. Talks have gone on for weeks, stumbling over Pakistan’s insistence that the governor of the central bank, which sets interest rates, report to Khan’s government, and the IMF's insistence that the office remain autonomous. Pakistan was part of an IMF program in 2019, but the program was suspended a year later when the IMF said Pakistan was not carrying out its recommendations for structural reform.

A stamp of approval from the IMF would make it easier for Pakistan to approach the World Bank and Asian Development Bank as well as capital markets where it could sell bonds.

Khan’s government has distributed cash to 20 million of Pakistan’s poorest families and subsidized the cost of grains, legumes and cooking oil. If Pakistan completes an agreement with the IMF, it will have to tighten its purse strings.

That will hurt Khan politically in places like Sohawa, where many people supported him in the last general election.

“Imran Khan is a good person and is still liked by many, but his team is not performing,” said Saleem Shahzad, a plumber who recently moved his 6-year-old son to a less expensive school.

“It is incompetent,” he said.

Tweets by @forbesindia
Why India wants to regulate cryptocurrency
Is lab-grown chocolate the answer to the impending 'chocapocalyspe'?