Signs inflation looms and how to protect against a potential surge 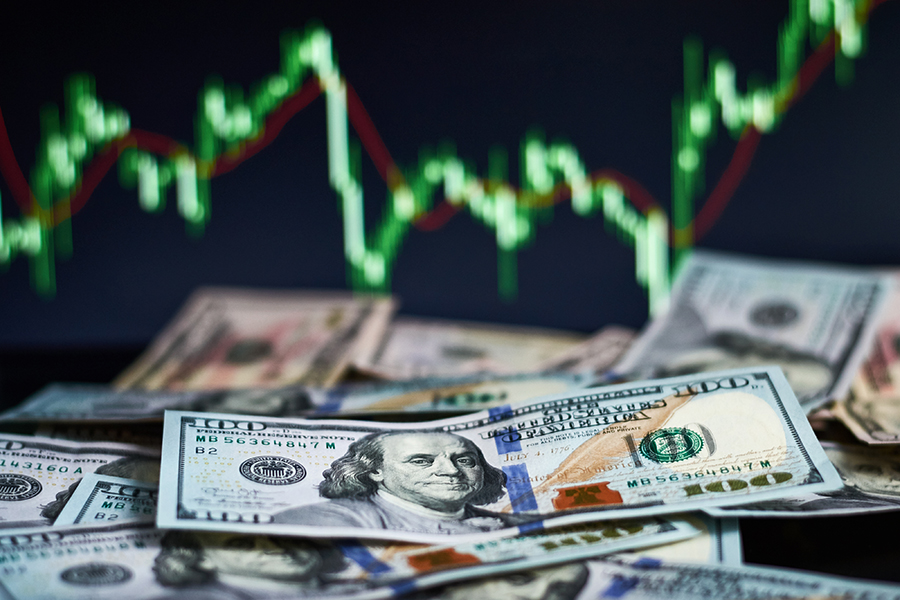 The COVID-19 crisis led the U.S. to unprecedented quantitative easing and other efforts to buoy the economy.

But those same efforts threaten to push the U.S. into an inflation surge – a complex challenge investors have little experience hedging against, according to Campbell Harvey, a finance professor at Duke University’s Fuqua School of Business.

Inflation, or the rate at which the value of a currency is falling, is not always a bad sign, Harvey said recently in a talk on Fuqua’s LinkedIn page. It depends on where you start, he said. For example, an increase from -2% to a rate of 1% would be considered a healthy upturn that might foreshadow the re-energizing of the economy.

On the other hand, if inflation is already at an average level of about 2% and jumps to 5%, that’s considered an inflation surge and almost always proves bad for investors, he said, citing a new analysis he co-authored with experts from the investment firm Man Group, where he is also an investment strategy advisor.

Although they noted the analysis is not intended to predict when inflation could surge and by how much, the authors acknowledged several factors that could signal rising inflation, including a sharp increase in money creation since February 2020, with the amount of money in the economy that includes cash and checking deposits (a measure called M2) increasing from $15.5 trillion to $19.7 trillion. They also point to extraordinary fiscal support from the U.S. government, which has reported deficits in the double-digits when measured as a percentage of Gross Domestic Product (GDP). These are the first consecutive percentage deficits in the double digits since World War II, Harvey noted.

Harvey also discussed data from the Consumer Price Index (CPI) and comments from White House economists that increases in prices for consumer goods could be due to factors such as supply chain disruption and pent-up consumer demand rather than inflation. Harvey suggested these are important factors, but unlikely to account for 100% of the increases in the CPI.

Impacts on various assets
Many investors either weren’t around or don’t remember The Great Inflation, when inflation was so bad between the 1960s and 1980s that the government instituted price and wage controls, Harvey said. As such, investors have little information on how to prepare their portfolios. They need to understand what inflation means for each asset class to develop the best strategy for passive investments, Harvey said.

Unexpected inflation is bad news for traditional assets, such as bonds and equities, but can actually boost performance for commodities, particularly when the U.S., the U.K. and Japan all are affected by inflation at the same time, according to the analysis.

Perhaps there is no better example of a resilient fixed-income asset than U.S. Treasury Inflation-Protected Securities (TIPS), Harvey said, as they are designed specifically to protect against inflation. However, the price of TIPS is high, meaning investors need to understand the securities result in negative returns during non-inflationary times.

Equities
Equities are also long-duration assets with no fixed maturity and cash flows spread throughout the future, Harvey said, so the same mechanism applies to equities that applies to fixed-income assets, particularly for growth stocks.

Tax rules around depreciation can also increase the negative effects of inflation on equities. If a firm invests in equipment, it can deduct the depreciation of those assets from its taxes. But depreciation does not account for the inflation in the prices of these capital goods, Harvey said.

“Effectively, you’re not deducting enough to cover the replacement of the capital good, and therefore, inflation acts as a tax.”

Only companies with significant market power, such as Facebook, Google and Amazon, can increase the price of the goods they sell to compensate for their increased costs, Harvey said. Most other companies will see their profitability decrease and stock prices decline.

“The bottom line here is that equities get punished in inflation surges,” Harvey said. In the analysis of U.S. inflation surges over the past century, Harvey and co-authors found that the real return on equities during an inflation surge is -7% a year, which represents a significant loss.

Commodities such as gold, silver, agricultural products and energies all have performed better during inflation than during normal periods. The analysis showed that even foodstuffs, which performed the worst during inflation episodes, generated positive annual returns of at least 7%. The authors suggest that with changing energy technologies, oil and other brown-economy fuels are likely to perform less well during future inflationary periods as electric and hybrid vehicles become more widespread.

Residential real estate does not seem to benefit from inflation the same way commodities do, Harvey noted. The authors also noted that returns during inflation for collectibles such as art, wine and stamps were all positive, and therefore offer a hedge against inflation. However, these collectibles are not widely available to the average investor, Harvey said.

Potential strategies
Harvey noted the possibilities in active investment strategies based on equity factors, such as value, momentum and quality. To protect against losses including those due to inflation, it’s important for investors to balance that portfolio by taking both long and short positions on investments, Harvey said.

The analysis also found that historically, hedging by trend following, a trading strategy based on whether an asset is gaining or losing value, has also helped protect investors from inflation-induced losses.

“Trend following has a very long track record of performing well when the economy tanks or the market tanks because trend-following investors have often taken a short position on assets that are experiencing prolonged drawdowns, and taking a long position when the markets are booming,” Harvey said.

The analysis also considered how cryptocurrencies serve as inflation hedges. Cryptocurrency supply is not controlled by any central bank and, as such, a theoretical case can be made that this new asset class may offer inflation protection, Harvey said. Although quality data on cryptocurrencies are available only since 2013, he noted -- well after the last inflation surge.

Tweets by @forbesindia
A week into Taliban rule, one city's glimpse of what the future may hold
Content is king, engagement is queen: Going behind the scenes of India's influencer economy