A week into Taliban rule, one city's glimpse of what the future may hold

Press managers were told to stay home, as were women who worked for the government while the sale of alcoholic beverages and un-halal frozen chicken was banned in Kunduz 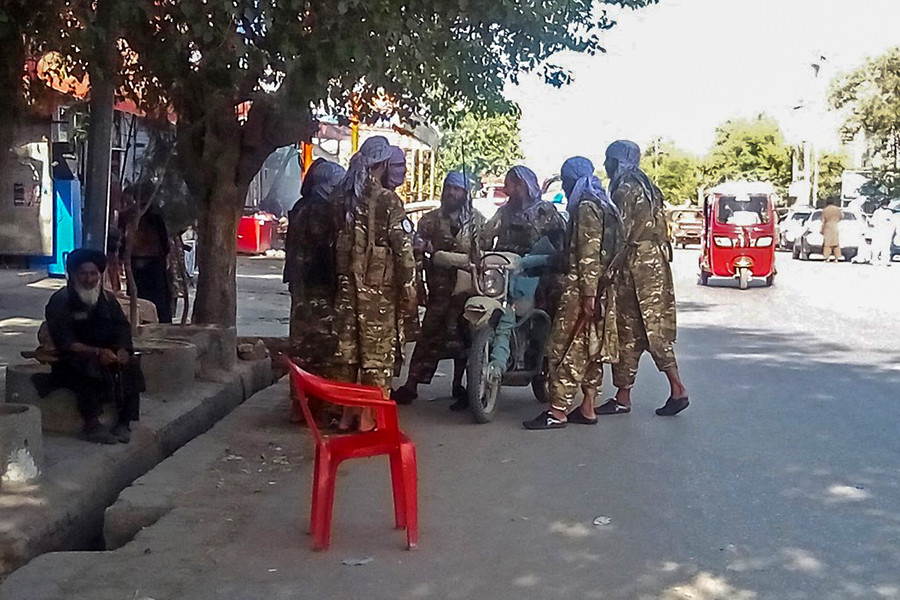 In this picture taken on August 9, 2021, Taliban fighters stand along a road in the northern city of Kunduz that was captured by the Taliban over the weekend as residents said shops had begun to reopen in the center as insurgents focused their attention on government forces who had retreated to the airport. Image: AFP

It was his first day as the Taliban-appointed mayor of Kunduz, and Gul Mohammad Elias was on a charm offensive.

On Aug. 8, the insurgents seized control of the city in northern Afghanistan, which was in shambles after weeks of fighting. Power lines were down. The water supply, powered by generators, did not reach most residents. Trash and rubble littered the streets.
The civil servants who could fix those problems were hiding at home, terrified of the Taliban. So the insurgent-commander-turned-mayor summoned some to his new office to persuade them to return to work.
“I said that our jihad is not with the municipality; our jihad is against the occupiers and those who defend the occupiers,” Elias told The New York Times by telephone.

Tweets by @forbesindia
Photo of the day: Hope and despair
Signs inflation looms and how to protect against a potential surge