Final failure in Afghanistan is Biden's to own

Biden will go down in history, fairly or unfairly, as the president who presided over a long-brewing, humiliating final act in the American experiment in Afghanistan 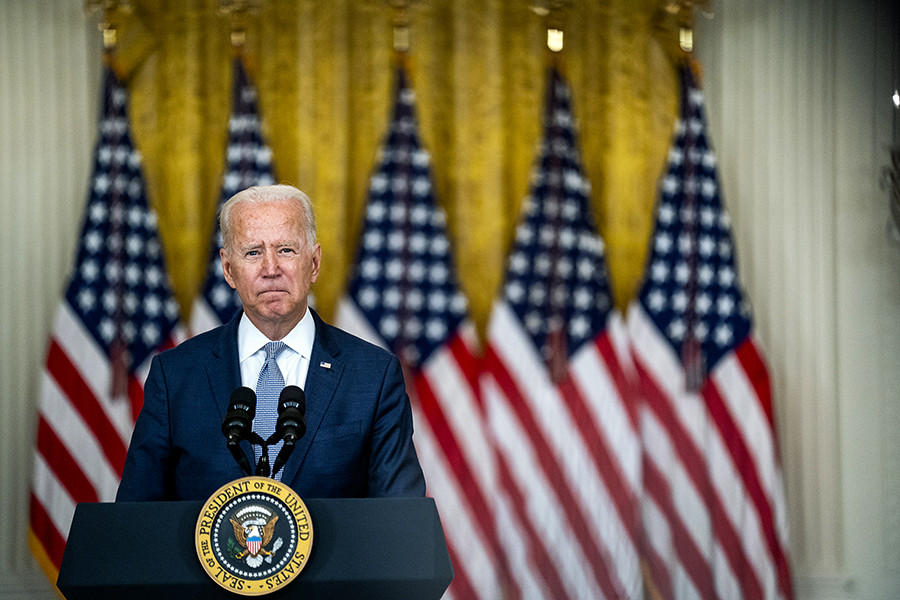 President Joe Biden speaks in the East Room of the White House in Washington on Thursday, Aug. 12, 2021. After seven months in which the Biden administration seemed to exude much-need competence, everything about America’s last days in Afghanistan shattered the imagery. (Stefani Reynolds/The New York Times)

Rarely in modern presidential history have words come back to bite an American commander in chief as swiftly as these from President Joe Biden a little more than five weeks ago: “There’s going to be no circumstance where you see people being lifted off the roof of an embassy of the United States in Afghanistan.”
Then, digging the hole deeper, he added, “The likelihood there’s going to be the Taliban overrunning everything and owning the whole country is highly unlikely.”
On Sunday, the scramble to evacuate U.S. civilians and embassy employees from Kabul — the very image that Biden and his aides agreed they had to avoid during recent meetings in the Oval Office — unfolded live on television, not from the U.S. Embassy roof but from the landing pad next to the building. And now that the Afghan government has collapsed with astonishing speed, the Taliban seem certain to be back in full control of the country when the anniversary of the Sept. 11, 2001, attacks is commemorated less than a month from today — exactly as they were 20 summers ago.
Biden will go down in history, fairly or unfairly, as the president who presided over a long-brewing, humiliating final act in the American experiment in Afghanistan. After seven months in which his administration seemed to exude much-need competence — getting more than 70% of the country’s adults vaccinated, engineering surging job growth and making progress toward a bipartisan infrastructure bill — everything about America’s last days in Afghanistan shattered the imagery.