The roughly 2,500 American troops on the ground there would be gradually withdrawn starting May 1, with the process complete by Sept. 11, bringing an end to a largely failed chapter in American foreign policy 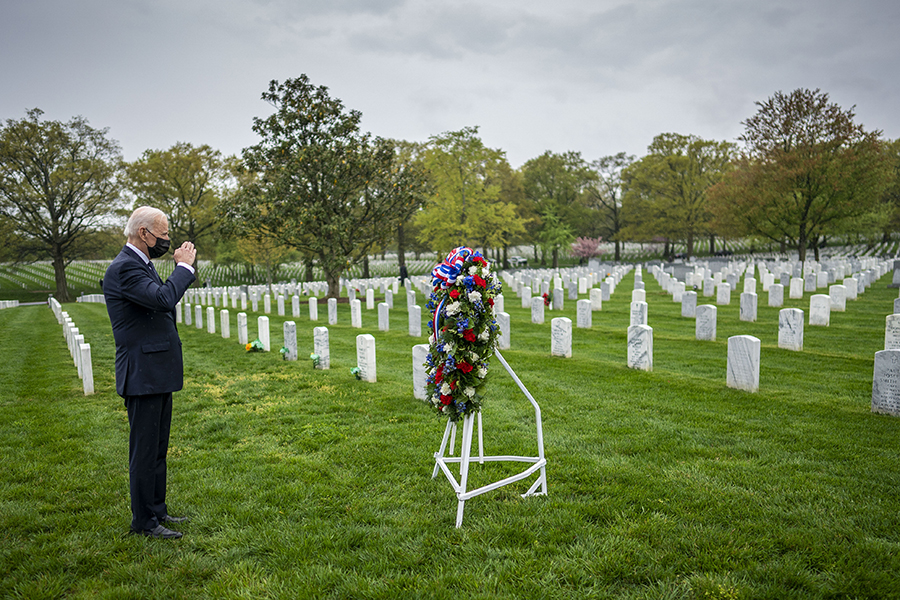 President Joe Biden salutes during a visit to Section 60 of Arlington National Cemetery in Arlington, Va., on Wednesday, April 14, 2021, where many U.S. service members who lost their lives in Iraq or Afghanistan are interred. President Biden formally ended the 20-year, largely unsuccessful American effort to remake Afghanistan, declaring from the White House on Wednesday afternoon that he would withdraw the remaining few thousand United States troops in the country by Sept. 11 and refocus American attention elsewhere; Image: Doug Mills/The New York Times