India's central bank is following a Quantitative Easing programme of its own device called GSAP 1.0. Here are the nuances of the technique 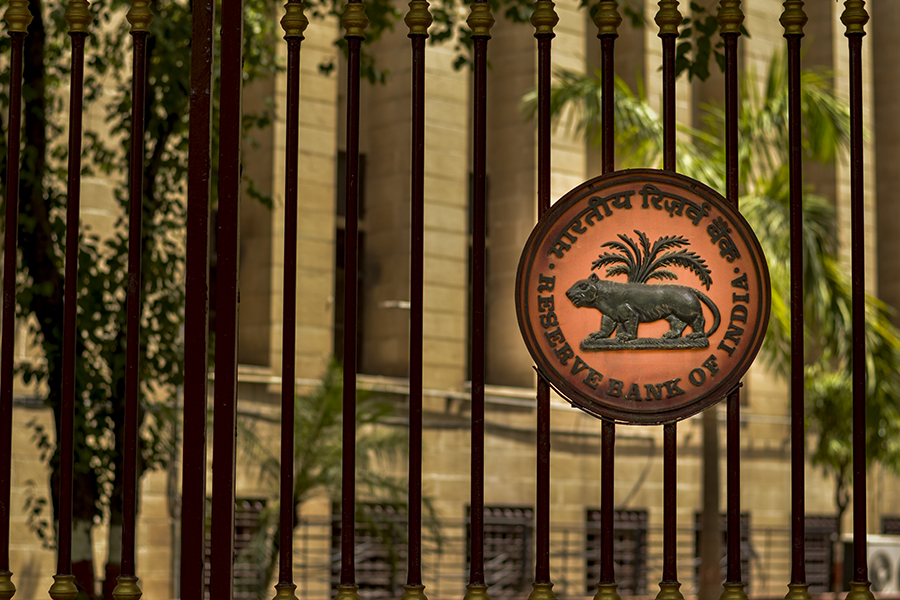 The recent announcements of G-SAP 1.0 and 2.0, where the RBI has committed to buying government bonds from the secondary market has led many analysts to draw parallels with the Quantitative Easing programs rolled out by the Federal Reserve of the US in the aftermath of the 2008 crisis. Prior to 2008, the monetary policy followed by most advanced economies was best summarized by the Taylor Rule—lower interest rates when growth is weak and raise it to counter inflation when growth is strong. However, post-2008—with short term interest rates down to nearly zero and the economy still anaemic—the Federal Reserve launched the controversial Quantitative Easing (QE) program. The QE policy involved the purchase of long-term securities in an attempt to directly lower the long-term rates and stimulate economic activity.

The term ‘Quantitative Easing’ was coined by German economist Richard Werner in the mid-1990s. He defined it as ‘credit creation for GDP transactions. He advocated such a program to help stimulate economic recovery in Japan after the 1990s asset price bubble collapse. The Bank of Japan (BOJ) was the first to implement QE in March 2001. The central bank targeted to increase the banks’ current account balances (CABs) by increasing outright purchases of long-term Japanese Government Bonds (JGBs). Since then, QE has been loosely used to refer to any central bank policies that aim to increase central bank balance sheets.

QE VS Credit Easing
Ben Bernanke, chief of the Federal Reserve in 2009, however, argued that the QE program carried out by the Japanese was fundamentally different from the Fed’s actions. The Japanese approach was primarily focused on the liability side of the central bank’s balance sheet and its goal was to increase the monetary base and the reserves held by the banking system. The rationale was that this increased liquidity would in turn translate into greater lending by banks, higher money supply and asset prices all of which would stimulate the economy and foster recovery.

In contrast, he termed the Federal Reserve’s actions as a credit easing program that focused on the asset side of the balance sheet. Unlike the Japanese approach which involved the purchase of risk-free government securities to increase bank reserves, the Feds approach involved the purchase of defaultable private securities to support private credit markets. The objective here was to impact credit conditions for households and businesses by changing the size and composition of central bank assets. Crucially, the rise in bank reserves under this program was the by-product and not the objective of policy.

Does this beg the question as to how one would bracket the recent unconventional monetary policy measures undertaken by the RBI? Quantitative easing or Credit easing? Figure 1 below shows that the RBI’s balance sheet expansion trajectory looks very similar to the one undertaken by BOJ—purchasing long term sovereign bonds to boost CABs held by banks. The increased long-term bonds can be seen in the Loans and Advances part of the asset side. In contrast, the Federal Reserve focused on maintaining a healthy composition of assets—treasuries, agency bonds and mortgage-backed securities. 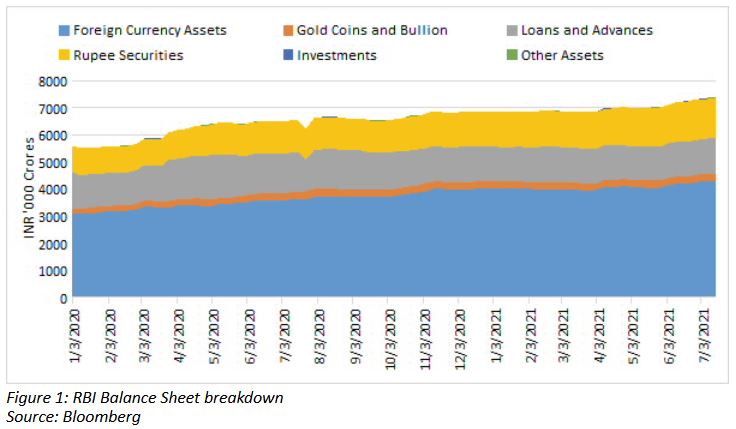 It is however worth noting that several critics of the Japanese-style QE have pointed out that it did not quite meet its objectives. Essentially, despite the expansion in reserves, banks did not increase their lending and consequently, there was limited impact on the real economy. This phenomenon seems to be playing out in India as well and is something that the RBI has to be wary of. With credit growth still being sub-par, perhaps it is time for the RBI to consider a more targeted private securities buying program that infuses credit into sectors that need it most.

QE and the yield curve
QE attempts to stimulate aggregate demand by directly impacting the medium to long term interest rate. Theoretically, medium- to long-term expected interest rates are a function of investors’ expectations of short-term rates. If this is indeed the case, then it is not obvious how effective QE would be in its stated objective of altering the yield curve. Essentially, a bond-buying program that attempts to lower the long rate without changing investors’ expectations about the short rates and would leave the yield curve largely unchanged as investors would simply arbitrage away the difference in yields. This led Ben Bernanke to famously quip in 2012, “Well, the problem with QE is it works in practice, but it doesn’t work in theory.”

Central bank watchers have pointed out that the expansion of the central bank’s balance sheet under QE could signal its commitment to hold interest rates down for an extended period. Raising the rates would cause it to incur huge capital losses. As long as investors are convinced of the central bank's intentions signalling this could potentially drive down the long rate through lower expectations of short-term rates. Alternatively, QE could also affect the yield curve by impacting the term premiums on bonds. When bonds of different maturities are imperfect substitutes, investors cannot arbitrage away differences in yields, and the supply of particular maturities can affect their yields. By changing the relative supply of long-term bonds, QE policy could potentially lower their price and reduce their yield. This effect on term premiums is referred to as the portfolio balance channel.

On April 7, 2021, the RBI announced the GSAP 1.0—the Indian version of the QE program—under which it committed to buying Government Securities (G-Secs) worth Rs 1 lakh crore. How effective has this policy been in reducing yields? Using the event study methodology, we examined the two-days changes in yields across different maturities after major announcement dates: 7 April 2021, 5 May 2021, and 4 June 2021.  We compared this with the two-day changes in yields across securities that followed QE 1 announced by the Federal Reserve across five event dates in 2008. Table 1 shows that the drop in yields across India securities was not significant compared to the US. This does raise questions about the efficacy of the program.

*Reflects the change in BBB 10-year corporate yield for India.
Sources: Bloomberg.
The Effects of Quantitative Easing on Interest Rates: Channels and Implications for Policy by Arvind Krishnamurthy and Annette Vissing-Jorgensen, 2011

While the verdict on QE is still out, there are several risks associated with the current program. The economy currently confronts dual headwinds in the form of record inflation rates and a stock market showing signs of increased risk-taking behaviour by investors. Increased liquidity under these circumstances could potentially lead to unacceptably high inflation and financial instability.

Dr. Chetan Subramanian is Professor of Economics and Social Sciences; Saumya and Megha are former PGP students of IIM Bangalore.