The power of superstar firms amid the pandemic: Should regulators intervene?

Even amid the pandemic's economic wreckage, megacompanies continue to prosper. The combined share price for Apple and its five peers was up more than 43 percent this year, while the rest of the companies in the S&P 500 collectively lost about 4 percent 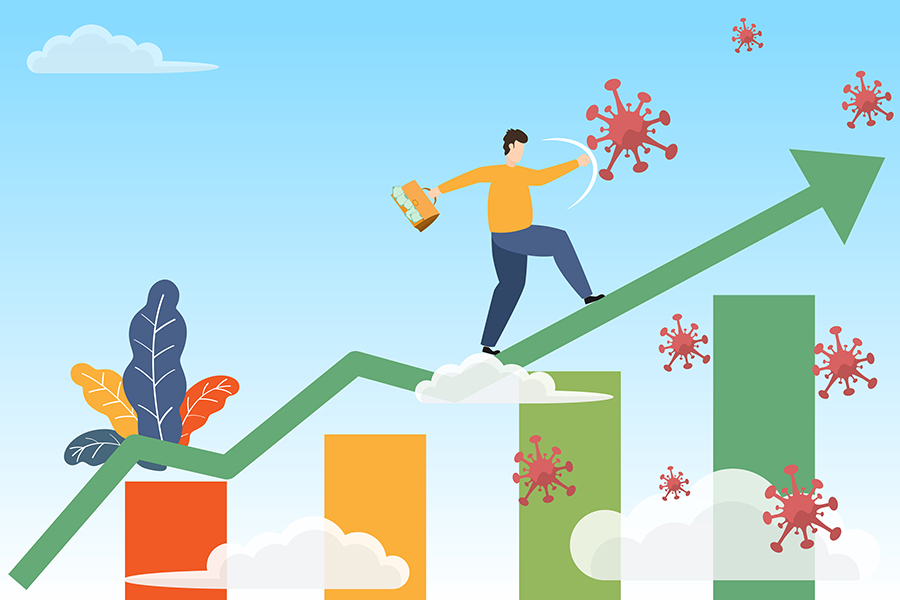 Recent news that Apple hit a market cap of $2 trillion highlights an extraordinary success story: A once struggling computer-maker on the verge of bankruptcy innovates its way to becoming the most valuable publicly traded company in the United States.

To economist Anton Korinek, Apple’s 13-figure valuation is indicative of a larger trend that is not entirely benign — the rise of a handful of superstar firms that dominate the economy. “Over the past three decades,” says Korinek, “advances in information technology, mainly the Internet, have supercharged the superstar phenomenon, allowing a small number of entrepreneurs and firms to serve a large market and reap outsize rewards. And COVID-19 has greatly accelerated the phenomenon by pushing us all into a more virtual world.”

Apple — along with Amazon, Facebook, Google, Microsoft and Netflix — is a case in point. The combined market value of those six companies exceeds $7 trillion, which accounts for more than a quarter of the entire S&P 500 index. Even amid the pandemic’s economic wreckage, these megacompanies continue to prosper. The combined share price for Apple and its five peers was up more than 43 percent this year, while the rest of the companies in the S&P 500 collectively lost about 4 percent.

Superstar firms can be found in almost every sector of the economy, including tech, management, finance, sports and the music industry. They command increasing market power, which has consequences for technological, social and economic progress. It is, therefore, critical to understand how their advantages arose in the first place.

The Forces Behind the Superstar Phenomenon
The “economics of superstars” was first studied by the late University of Chicago economist Sherwin Rosen. Forty years ago, Rosen argued that certain new technologies would significantly enhance the productivity of talented workers, enabling superstars in any industry to greatly expand the scope of their market, while reducing market opportunities for everyone else.2 Digital innovations, including advances in the collection, processing and transmission of information, is what Rosen envisioned would lead to the superstar phenomenon.

“Digital technologies,” says Korinek, “are information goods, which are different from the traditional, physical goods in the economy. What it means is that fundamentally different economic considerations apply.”

Unlike physical goods — a loaf of bread or a car — information goods have two key properties: They are non-rival and excludable. Non-rival means that something can be used without being used up. Excludability means that an owner of digital innovation can prevent others from using it, by protecting it with patents, for example. These two fundamental properties of information goods are what give rise to the superstar phenomenon.

In a working paper co-authored with Ding Xuan Ng at Johns Hopkins University, Korinek describes superstars as arising from digital innovations that require “upfront fixed costs that allow firms to reduce the marginal costs of serving additional customers.” 3 For example, once an online travel agency has programmed its website at a fixed cost, it can easily displace thousands of traditional travel agents without much additional effort, scaling at near-zero cost.

Because a firm can exclude others from using its digital innovation, it automatically gains market power. “The innovator then uses that power,” says Korinek, “to charge a markup and earn a monopoly rent — basically, a price superstars charge in excess of what it costs them to provide the good — which we call the ‘superstar profit share.’”

The Policymaker’s Dilemma
In a vibrant free market economy, businesses compete for customers by innovating and improving their offerings while keeping prices low; otherwise, they are displaced by more innovative rivals entering the market. Unfortunately, the increasing monopolization of the economy by technology superstars is weakening the competitive environment in the U.S. and around the world.

“Monopoly power,” says Korinek, “is the main inefficiency from the emergence of superstar firms, because superstars can exclude others from using the innovation that they have developed.”

So, what policy measures can be employed to mitigate the inefficiencies arising from the superstar phenomenon?

We do have antitrust policies designed to promote competition and hence economic efficiency. “Authorities,” says Korinek, “could take a drastic measure and break up monopolies. Or they could tax all those excess profits megacompanies make.”

Another policy to consider involves giving consumers control rights over their data. “Right now,” says Korinek, “only companies have that data, and they are selling it. If you free it up and don’t allow them to sell it anymore, it reduces their monopoly profits. And if you give consumers more freedom over their data, they could, for example, share it with the latest startup and create a more competitive landscape.”

However, as Korinek notes, such policy remedies can be a double-edged sword. “On the one hand,” he says, “they reduce monopoly rents. On the other hand, they can also reduce innovation.”

What, then, is the best policy intervention? Korinek and Ng argue that basic research should be public. “Use public investments to finance digital innovations,” they recommend. “Provide them as free public goods to all. This would make the superstar phenomenon disappear, and the effects of digital innovation would simply show up as productivity increases.”4

We live in a brave new world that is increasingly based on information. Because the information economy is different from the traditional economy, antitrust policy should be revamped to reflect that. As Korinek puts it, “Instead of worrying about the economy being eaten up by these gigantic monopolies, policymakers need to focus on the question ‘What specific actions can we pursue to make the economy more competitive and efficient?’”