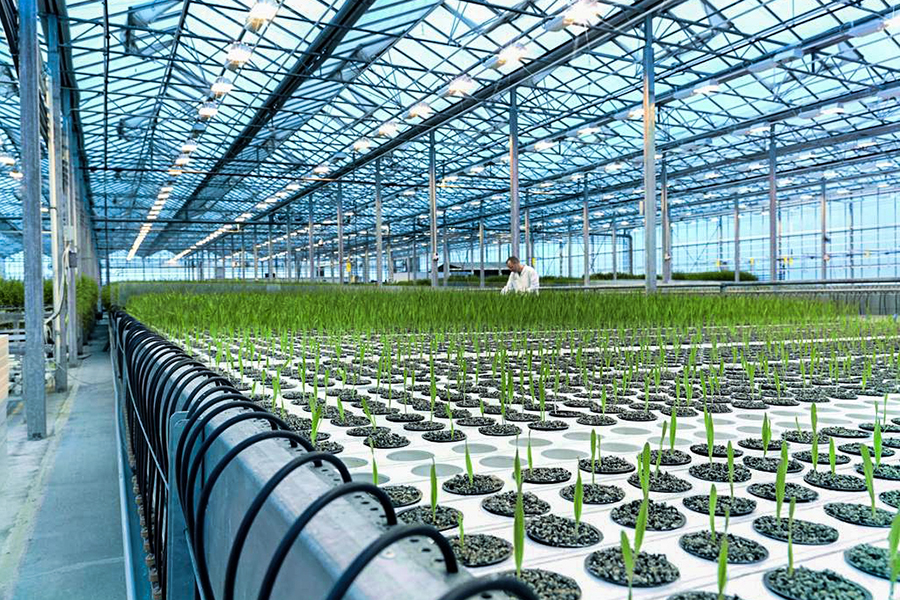 An animal-free growth factor could transform how lab-grown meat is produced. In fact, a start-up in Iceland manages to further reduce dependence on animals through its genetically engineered barley.

Science knows no bounds—foodtech even less so, as the industry continues to find the most economical solutions for producing lab-cultured meat with less ecological impact than cattle farming. The latest innovation hails from Iceland, in the Reykjavík region, where 130,000 genetically engineered barley plants are growing in a 2,000 sqm greenhouse, powered by geothermal energy and using water from glaciers. And that's more than just a detail, since the crops are being grown hydroponically—a technique for growing plants without soil and using nutrient solutions. Indeed, all of Iceland's natural resources are harnessed in the project, as the hydroponic system is based on volcanic pumice.

So what does a barley grain have to do with a piece of meat? Well, the engineers at this company, called ORF Genetics, edit the genetic structure of the plant while it is still a seed. As it grows, the plant produces proteins that the scientists then extract and purify. These proteins are then able to stimulate the growth of meat-like tissues.

While this technique might sound like science fiction, it's not especially out of the ordinary in the scientific world. In fact, it's already being used to produce pharmaceuticals or even vaccines, by obtaining antibodies or enzymes from these genetically modified plants.

Compared to in vitro meat that uses an animal-derived substance as a growth factor, this technology could offer considerable cost savings.