Next food frontier: Fish made from plants, or in a lab

As sophisticated fish alternatives begin to attract investment and land at restaurants in the US and beyond, the fishless fish sector could be on the cusp of significant growth 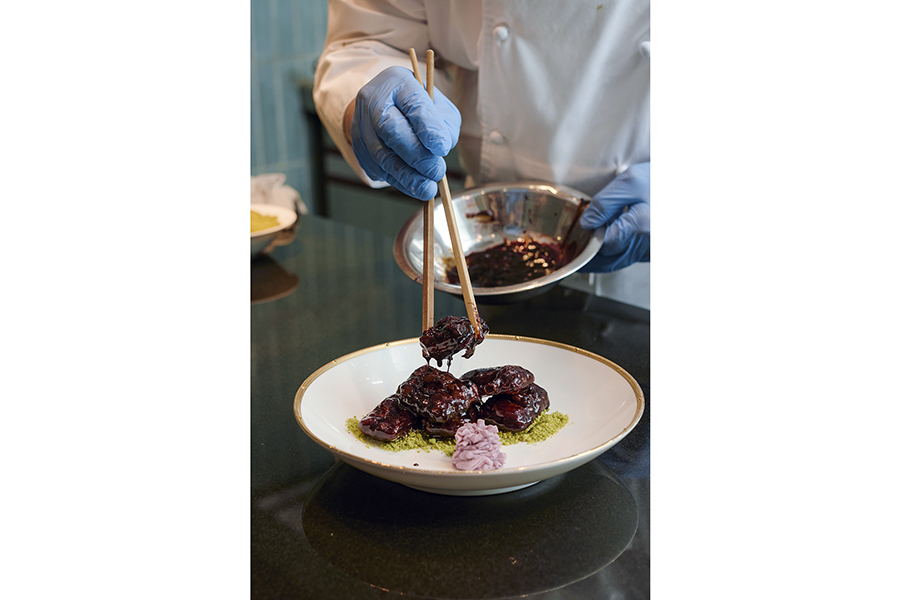 Now, as sophisticated fish alternatives begin to attract investment and land at restaurants in the U.S. and beyond, people who track the fishless fish sector say that it could be on the cusp of significant growth. One reason, they say, is that consumers in rich countries are becoming more aware of the seafood industry’s environmental problems, including overfishing and the health risks of some seafood. Another is that today’s plant-based startups do a better job of approximating fish flavor and texture than earlier ones did — an important consideration for non-vegetarians. 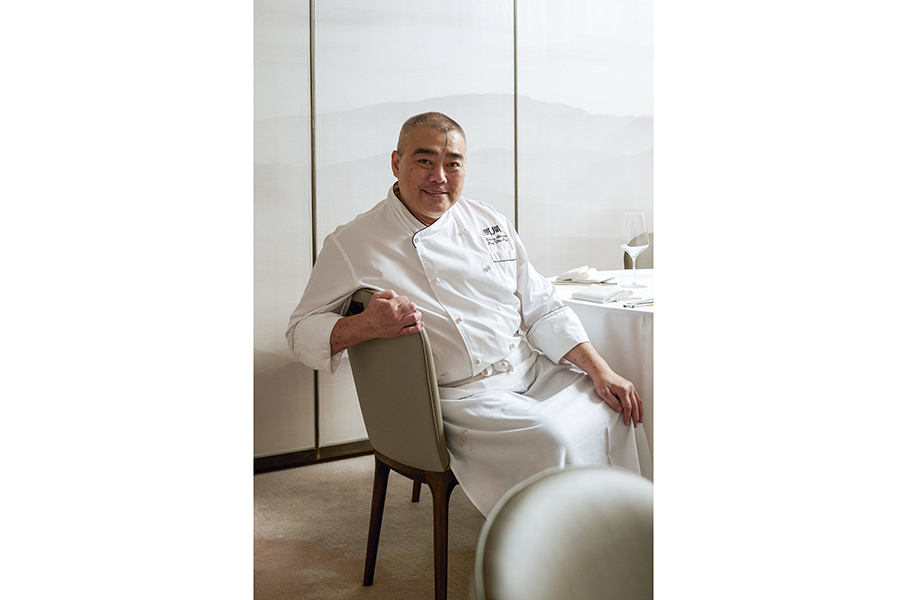 The chef Tsang Chiu King of Ming Court, a restaurant in Hong Kong, on July 19, 2021. Tsang is preparing a subtle-but-significant change to his menu: he’s replacing the fish in some dishes with a plant-based alternative.
Image: Tory Ho/The New York Times

People who scale back their consumption of animal proteins for environmental reasons often stop eating red meat, which requires enormous amounts of land and water to cultivate and belches a lot of methane as a byproduct. But alt-fish advocates say that seafood also comes with environmental problems. Unsustainable fishing practices have decimated fisheries in recent decades, a problem both for biodiversity and the millions of people who depend on the sea for income and food. “It’s simply a smarter way to make seafood,” said Mirte Gosker, the acting managing director of the Good Food Institute Asia Pacific, a nonprofit advocacy group that promotes alternative proteins. “Full stop.” So far plant-based seafood products in the U.S. account for only 0.1% of the country’s seafood sales, less than the 1.4% of the U.S. meat market occupied by plant-based meat alternatives, according to the Good Food Institute. But alt-seafood ventures worldwide received at least $83 million from investors in 2020, compared with $1 million three years earlier, according to the institute’s data. As of this June, 83 companies were producing alt-seafood products around the world, a nearly threefold rise since 2017. All but 18 of those 83 companies focus on plant-based products. Six others, including a French startup that makes smoked salmon from microalgae, specialize in proteins derived from fermentation. A dozen others are developing lab-grown seafood, which is not yet commercially available in any country.

Impossible Foods, a dominant force in the alternative protein industry, has been developing a fishless fish project for years. Jessica Appel, a spokesperson for company, said that it was not yet manufacturing alternative fish products. Other big companies are. California seafood giant Bumble Bee Foods, for instance, said last year that it was partnering with Good Catch, a plant-based seafood company in Pennsylvania that sells products like fake fish sticks and crabcakes at Whole Foods and other retailers. Some startups are developing alternative fish protein designed to mimic raw fish. One of them, Kuleana, sells a plant-based version of sushi-grade tuna at markets in Los Angeles and nationally through the Poké Bar restaurant chain. Even though breaded fake fish sticks have done well so far, products that try to approximate raw fish will need to improve further if the industry wants to woo non-vegetarians, said Jacek Prus, Kuleana’s CEO. “Fundamentally we still need to make the product better,” he said. “That’s the biggest challenge: How to re-create structure in really, really convincing ways, and mouth feel?”

Of the 65 companies currently producing plant-based seafood products, 47 are outside the U.S., according to the Good Food Institute. People in the industry say the Asia Pacific region is a logical place to anticipate significant growth because it already consumes more than two-thirds of the world’s fish, according to a United Nations estimate. Thai Union, one of the world’s largest processors of conventional canned tuna, said in March that it had created OMG Meat, an alt-protein brand targeting “flexitarians” who want to reduce their carbon footprint. And startup New Singularity has been selling algae-based, fermented alt-fish products since last year in mainland China. In Hong Kong, the company Green Monday has been rolling out alternative fish at several venues since June. That includes Ming Court, where Tsang is flavoring fake grouper with goji berries. Green Monday sells its fake pork brand, OmniPork, at roughly 40,000 places around the world, including in Britain, the U.S. and most of the Asia Pacific region. David Yeung, the company’s CEO, said that he expected OmniSeafood to be in most, if not all, of the same markets within six months. Yeung said his company designed its fake fish products to cater to various tastes and cooking methods. Americans like to grill or pan-fry fish, for example, while people in China often boil it in a hot pot. “You cannot tell consumers that you can only fry but you cannot steam, or you can only steam but you cannot put in a hot pot,” he said. “You cannot do that because to them, fish is fish.”

The next frontier is lab-grown seafood, in which edible products are grown from real cells in a lab. That technology is still a ways off from retail sales and broad commercialization, though perhaps not as far as many consumers would assume. So far the only company selling cultivated protein of any kind is Eat Just, a San Francisco startup whose cultured chicken nuggets were approved for sale in Singapore late last year. The city-state’s Food Agency said in a brief statement that it had not yet approved “any other cultured meat products.” Gosker said that more cultivated protein startups could receive regulatory approval later this year in the U.S. The Food and Drug Administration said last October that products containing cultured seafood cells “may soon enter the U.S. marketplace.” At least two cultivated fish companies in California — BlueNalu of San Diego and Wildtype of San Francisco — have already announced plans to start selling commercially in the near future. Shiok Meats, a cell-based meat and seafood company in Singapore, has also said that it plans to “commercialize” next year.

Tweets by @forbesindia
Makeup for men is slowly becoming mainstream
If you have never met your co-workers in person, did you even work there?