Mushrooms on track to become the superfood of 2022

In 2022, the star of the fall harvest will not only be popular in our stirfry, but also in a host of new food products designed to do us good. There's even a name for it: "mushroom tech" 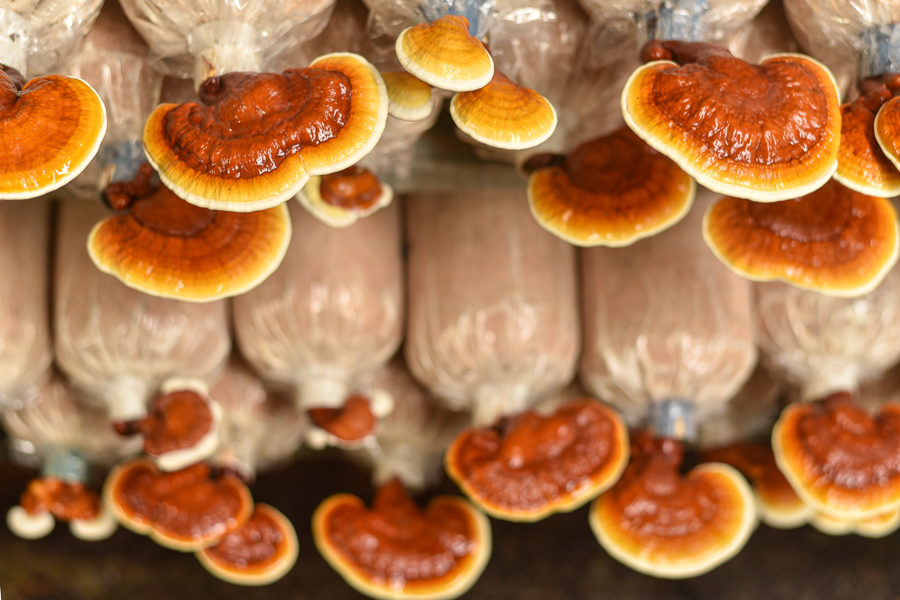 Named ingredient of the year by the New York Times, mushrooms are going far beyond the realm of omelets, pizza topping and canned soup. In 2022, the star of the fall harvest will not only be popular in our stirfry, but also in a host of new food products designed to do us good. There's even a name for it: "mushroom tech."

Peas, cashews, potatoes or even hemp: plant-based milk counts an ever-increasing number of sources as it becomes a heavyweight alternative and even rival to cow's milk. At the recent 2022 CES tech event, which just closed its doors in Las Vegas, a new genre was introduced: mushroom milk. And it involves much more than just squeezing out the liquid of an enoki or oyster mushroom to obtain vegetable milk! An American company has unveiled a formula based on water, sunflower oil, sugar cane, all mixed with mushroom powder rich in vitamin D2.

Alongside the ancillary ingredients, the major component of the recipe is a vegetable protein obtained after fermentation of mushrooms. To provide alternatives to food products containing the most common allergens, such as soy, nuts or milk, MycoTechnology has developed a plant-based substance that can be used in a wide range of foods, from steak to bread. In its Aurora, Colorado facility, it extracts proteins from rice and peas and ferments them with the world's second most cultivated mushroom: shiitake. Welcome to "mushroom tech," the new technology that uses and takes advantage of all the virtues of mushrooms to develop food products.

In many recipes, mushrooms are both essential and discreet, providing key flavors but not upstaging other ingredients. And they're having a moment as the world market for mushrooms is booming. According to research and analysis firm Technavio, sales of mushrooms are expected to grow by 18.78 billion dollars by 2025. Indeed, companies have decided to use it in all sorts of ways, not just in ordinary recipes, but in a host of food innovations dedicated to preserving our health.

Vitamin C, fiber, selenium, potassium... From the top of its cap to its stalk, a mushroom contains a cocktail of nutritional treasures capable of reducing inflammation and maintaining cardiovascular health by helping combat high blood pressure. An analytical study by the international firm Data Bridge Market Research even refers to this foodstuff as a medicinal ingredient, which could feed a specific market whose growth is estimated at 9.85% by 2027.

And sometimes the innovations are nothing short of surprising. In England, a young naturopath had the idea of brewing a range of beers using different mushrooms to take advantage of the medicinal virtues of varieties such as reishi, lion's mane and chaga: the first is claimed to have anti-inflammatory virtues, the second to have beneficial actions on the digestive system and the third is nicknamed the immunity mushroom. The London-based brand Fungtn has injected a small dose of these wellness boosters into an IPA, a lager and a tropical fruit-flavored reference, all of which are low in alcohol.

In the United States, the So Good So You brand has used so-called adaptogenic mushrooms, which are said to be able to reduce the effects of stress, to launch a new range of shots, those drinks packaged in small bottles, promoted as energy providers.

And finally a creamer made from mushrooms. The plant-based alternative to creamer that you pour into a cup of coffee is becoming a functional product at American brand Four Sigmatic. The Los Angeles-based brand promises that, when you take your next coffee break, you'll be able to control your stress better and even make your skin glow thanks to this powder... the whole nine yards!

Tweets by @forbesindia
Putin's next move on Ukraine is a mystery. Just the way he likes it
When outfits become an art form