Bring your dogs to work, Canadian offices say as work from home ends

The practice is helping drum up business, as well as increased staff productivity. Workers are forced to take regular breaks for dog walks instead of "eating lunch at their desk," and are not fretting about their pet being left alone at home 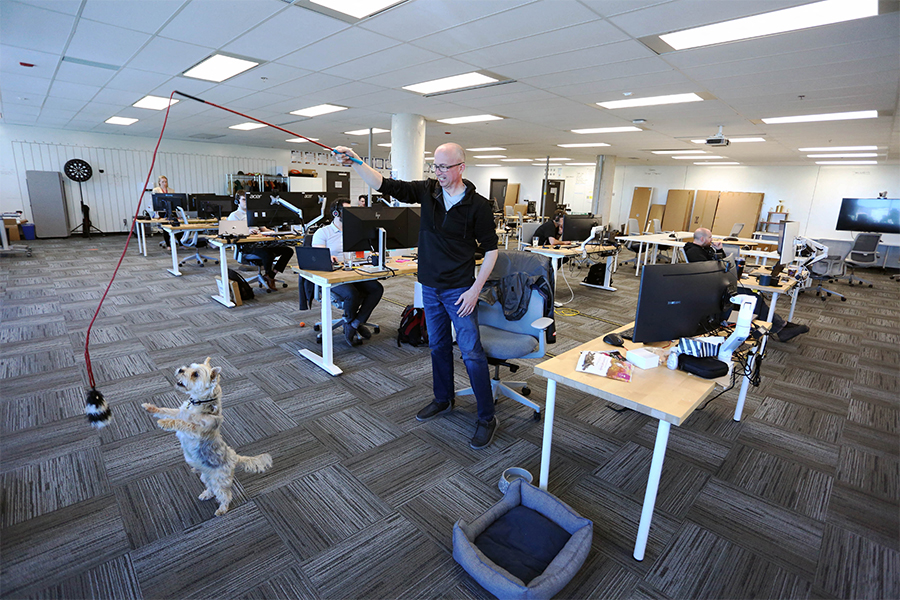 Ottawa, Canada: Daisy moseys over to greet visitors, her tail wagging. She's listed as chief morale officer on Tungsten Collaborative's website, and is among the many pets joining their owners returning to Canadian offices after working from home through the pandemic.
The 12-year-old Lab sniffs for treats. Before long, a Basset Hound named Delilah waddles over, offering up her belly for a rub, along with other four-legged colleagues Eevee the Greyhound and German Shepherd puppy Hudson, who lets out a bark.
Daisy's proficiencies include "stress management" and "client engagement," according to her biography, which notes that many of the industrial design studio's "greatest innovations can be traced back to a long walk" with her.
"We encourage people if they have pets to bring them (to work)," Tungsten president Bill Dicke, 47, said in an interview with AFP.

"You develop this relationship being at home with your pet on a day-to-day basis and all of a sudden you go back to work, so now they have to be crated for the day or roam the house alone, it's not fair to them," he opined.
"The tolerance for pets (at work) during the pandemic has increased," he added.
These dogs sleep under desks or in the boardroom throughout the day, chase balls down a hallway or chew squeaky toys. There's a row of water bowls in the office kitchen, if they get thirsty.
The Ottawa company is listed by the Humane Society as dog-friendly, and it's actually helped drum up business, Dicke said, as well as increased staff productivity.
Workers are forced to take regular breaks for dog walks instead of "eating lunch at their desk," for example, and are not fretting about their pet being left alone at home, he explained. 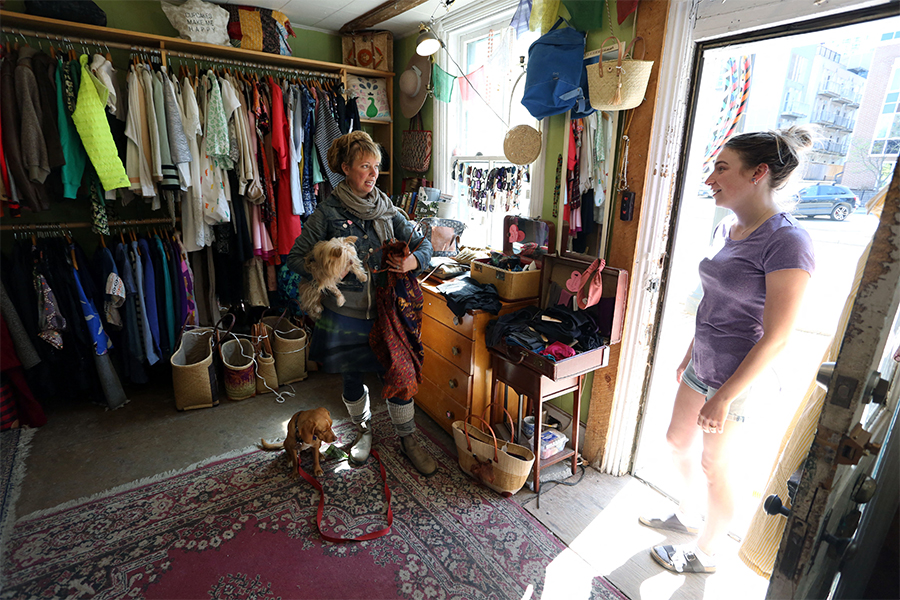 Johan Van Hulle, 29, joined Tungsten last year. Its dog policy, he said, "was a key part of the decision" to take the job, after working from home with Eevee.
"Allowing dogs is a good indicator" of a company's culture, he said, and the kind of "not too corporate" workplace that appeals to him.
Across town at construction joint venture Chandos Bird, people designing a nuclear research laboratory are visibly smitten by 10-year-old Samson.
His owner Trevor Watt didn't want to leave the Yorkshire Terrier alone after moving into a new house and starting work in a new office in January.
It was supposed to be a temporary arrangement until Samson got used to his new surroundings, but he endeared himself with colleagues and staff in neighboring offices, who take turns walking him.
"He loves going to work," Watt said. "When I say I'm going to w-o-r-k, he's ready to jump in the car."
Watt likes it, too. "I don't have to worry about him."
"Dogs in new environments get very anxious, when left alone," he explained. "I think a lot of new owners know that now that they've had their puppies through Covid." 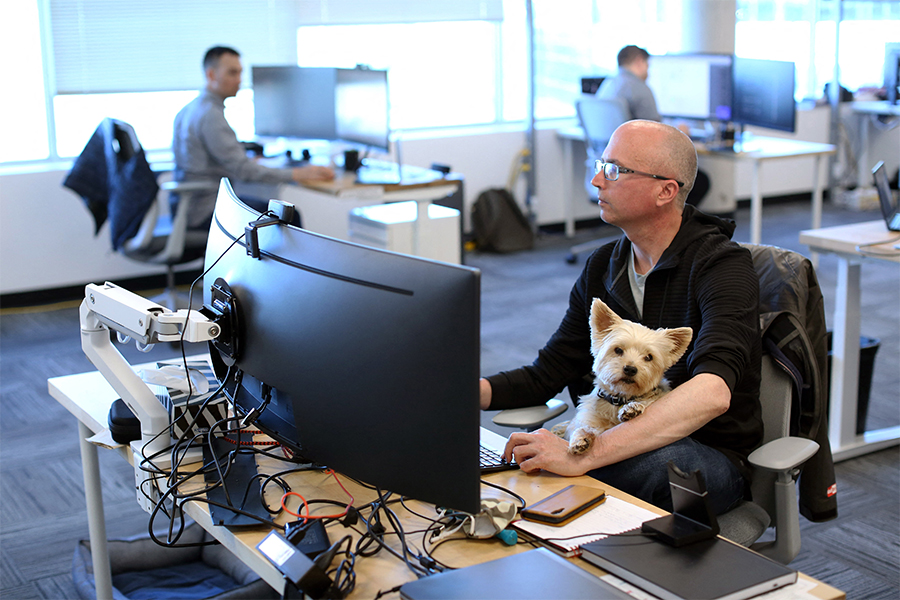 Samson, a Yorkshire Terrier sits on the lap of Trevor Watt, project controls manager at the office of Chandos Bird joint venture May 4, 2022 in Ottawa, Canada. (Credits: Dave Chan / AFP)
If Samson needs to go out, he just puts a paw on Watt's leg. He has toys and a bed at the office, and wanders from desk to desk.
Petting him is a great way to "decompress after a tough meeting," commented Watt's boss Byron Williams.
Dogs in the workplace, however, can also create challenges, he said, such as "if somebody is scared of dogs" or allergic to dander.
One of Watt's coworkers is terrified of dogs. It was agreed with her that Samson would be leashed the days she comes to the office.
At other offices, workers surveyed by AFP lamented carpet stains, disruptive barking and pet hair or drool on clothes—not a great look for impressing clients.
Downtown, many stores and cafes have water bowls for dogs, and several shopkeepers such as Emma Inns of the Adorit fashion boutique bring their dogs to work.
"If they're home alone, they get into trouble," she said of Rosie, Oscar and Camilla.
As store mascots, however, they're great for business.
"Everyone knows their names," Inns said. "Some people come just to see them, but then buy something."
By Michel COMTE
© Agence France-Presse