Industry watchdog InfluenceMap analysed more than 3,400 public communications from BP, Chevron, ExxonMobil, Shell and TotalEnergies in 2021, and found that while 60 percent of all messages contained at least one "green" claim, only 12 percent of the five's new spendings were earmarked towards low-carbon activities in 2022 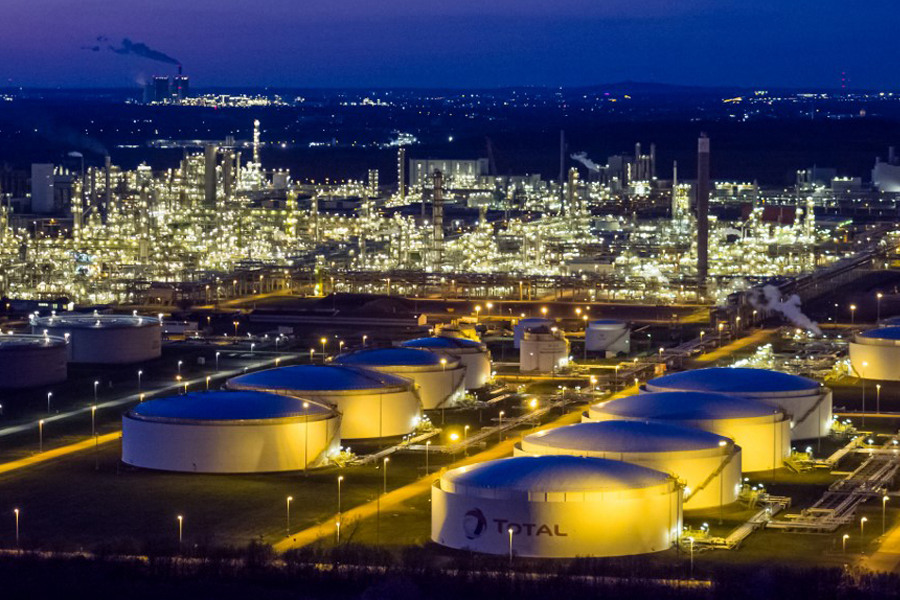 Paris, France: Energy majors are exaggerating their green credentials in public messaging while continuing to allocate the majority of new investment to oil and gas projects, according to an industry analysis released Thursday.
Campaigners say this "significant misalignment" between communication strategies and business plans could allow five of the biggest privately-owned energy firms to continue to delay the decarbonisation needed to avoid the worst impacts of climate change.

Industry watchdog InfluenceMap analysed the content of more than 3,400 public communications from BP, Chevron, ExxonMobil, Shell and TotalEnergies in 2021, from press releases, speeches and company and CEO social media accounts.
They found that 60 percent of all messages contained at least one "green" claim — such as emissions reduction targets, transitioning the energy mix, or promoting fossil gas as part of a clean energy solution.
These public communications were found to contrast with the five's planned capital expenditure for 2022, with just 12 percent of new investments earmarked for low-carbon activities.
"You can see this real difference between a high use of green claims in public communications versus this ongoing strategy to kind of undermine and block climate policy," report co-author and program manager Faye Holder told AFP.
She said the gap between what the majors advertised and what they were investing in was misleading the public as to their role in battling climate change.
"Based on the public communications, and particularly social media, it would be fair enough if you walked away with the impression that these companies are acting to solve climate change, because that's what you're hearing from them," she said.

The analysis found that Shell had the largest disparity between its green talk and actual low-carbon investment.
InfluenceMap said that 70 percent of Shell's communications last year contained at least one green claim, compared with just 10 percent of planned investment in low-carbon activities this year.
A spokesman for Shell told AFP the major was already investing "billions of dollars in low-carbon energy".
"To help alter the mix of energy Shell sells, we need to grow these new businesses rapidly. That means letting our customers know through advertising or social media what lower-carbon solutions we offer now or are developing."
The analysis found that 62 percent of TotalEnergies' communications mentioned green activities, while it planned to allocate 25 percent of 2022 capital expenditure on low-carbon projects.
A TotalEnergies spokeswoman countered that 30 percent of the firm's investments are devoted to "decarbonised energy".
"Our public announcements policy reflects the transformation of TotalEnergies in a multi-energy company," she told AFP.
An ExxonMobil spokesman said it "continues to mitigate emissions from its operations and achieved its 2025 emission-reduction plans four years earlier than planned".
BP and Chevron did not respond to requests for comment.
The analysis found that overall the five corporations had spent $750 million on climate-related messaging last year alone.
Report co-author Ed Collins said that represented good business for the majors, as it was significantly cheaper than decarbonising their business models and would encourage governments to continue subsidising their products.
"The costs seem huge, but the investment is tiny in comparison to the potential reward in terms of favourable policy conditions and subsidisation of building assets," he said.
Some of the firms analysed plan to increase oil and gas production by 2026, something the analysts said would see their emissions "significantly overshoot" the International Energy Agency's recommended net-zero pathway.
Gwendoline Delbos-Corfield, a Greens member of the European Parliament, said Thursday's analysis proved that the firms studied were engaged in "climate disinformation".
"It shows the lengths oil and gas companies are willing to go to mislead citizens and protect their own interests."