From deflation to war: How the European Central Bank responded to crises, and what's next 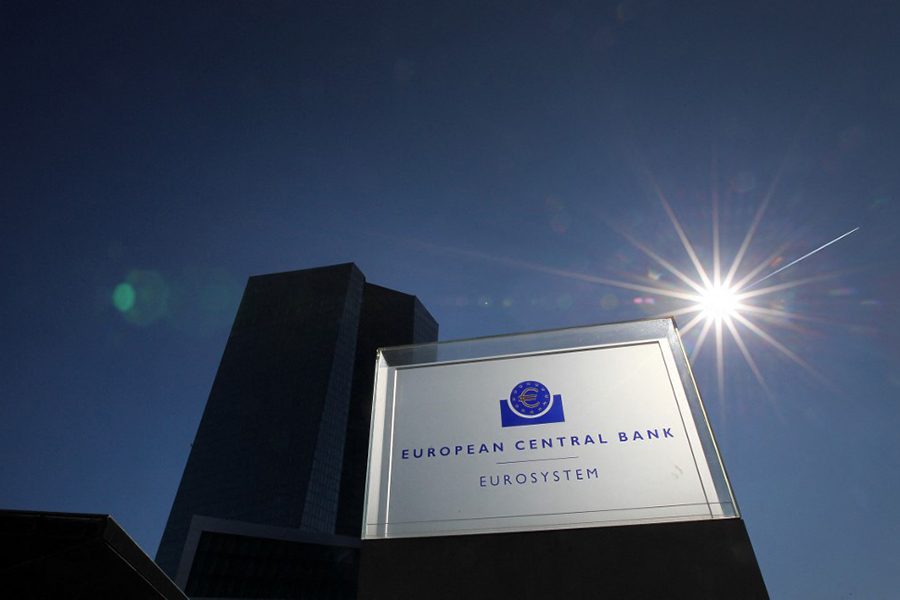 Inflation in the eurozone soared to an all-time peak of 8.1 percent in May, precipitating a response from the European Central Bank. (Credits: Daniel ROLAND / AFP)

Frankfurt, Germany: The global surge in inflation has brought to an end a long period of low interest rates and forced central banks around the world to try to bring prices under control by raising borrowing costs.
Inflation in the eurozone soared to an all-time peak of 8.1 percent in May, precipitating a response from the European Central Bank.
But as ECB policymakers prepare to draw a line under debt-purchasing measures worth a total of around five trillion euros ($5.4 trillion) deployed since 2014, here is a look at what they achieved and what could come next.

What did the stimulus do?

Back in 2014, with deflation looming, the ECB launched its bond-buying stimulus programme to try to stoke prices and economic growth.
The tool works by buying up bonds on the market, which pushes down or holds down interest rates for states, corporate investors and consumers alike.

With interest rates already at historic lows, the programme has been the ECB's way of trying to provide stimulus for the economy.
The bank launched a new plan in 2020 to keep borrowing costs under control and cradle the economy through the coronavirus pandemic.
Between them, both programmes have hoovered up trillions of euros in assets.
Putting the pandemic aside, growth rates improved, as did employment figures across the eurozone, but inflation struggled to climb towards the ECB's target of two percent.

How has inflation changed?

The surge in inflation first began following the start of the coronavirus pandemic, as lockdowns scrambled supply chains and pushed up prices, and demand patterns were warped.
Hopes for a slowdown in inflation were jettisoned by the Russian invasion of Ukraine.
The war has caused sharp increases in the cost of energy, raw materials and food, with the eurozone feeling the brunt of the price pressures.
From a situation in which inflation was obstinately low, refusing to respond to ECB measures, outside forces are now keeping it persistently high.
With the ECB's aim to bring inflation to two percent over the medium term, the alarming figures have prompted a change of course.

What can the ECB do?

The ECB's bond-buying stimulus programme should come to a close at the beginning of July and—in theory—take some heat out of inflation.
Otherwise, central banks' main lever to control inflation is interest rates.
Currently, the ECB has negative rates of interest, a historically unusual set of circumstances.
Policymakers now seem set to end negative rates in short order and bring them towards a "neutral rate"—a level which neither stimulates or stifles the economy, variously assessed to be somewhere around zero and two percent.
But fragile growth and the war will continue to weigh on the economy, limiting the ECB's room for manoeuvre.
By raising rates too quickly, the ECB could end up pulling the rug from under economic growth, with acute consequences for some eurozone members.

What are the risks in the periphery?

Hanging over the decision are memories of the eurozone debt crisis, when primarily southern states came under intense pressure as their borrowing costs soared, making their debts harder to finance.
Raising rates could see the pressure on more heavily indebted eurozone countries tick up again.
The spread between government bond yields for those countries and those of Germany— whose debt is seen by markets as a benchmark of certainty—are a key barometer of strain.
ECB policymakers will be keeping a close eye out to see whether the spreads between German and Italian or Greek bonds begin to widen excessively.
If they do, the central bank may ease off rate hikes. Likewise, ECB President Christine Lagarde has said the ECB is prepared to design a new policy tool which could ease borrowing costs for debt-burdened members, though without going into specifics.
© Agence France-Presse