After central banks in the United States and Europe have tried for more than a decade to raise inflation to their targets and keep it stable, policymakers are suddenly struggling to tame it 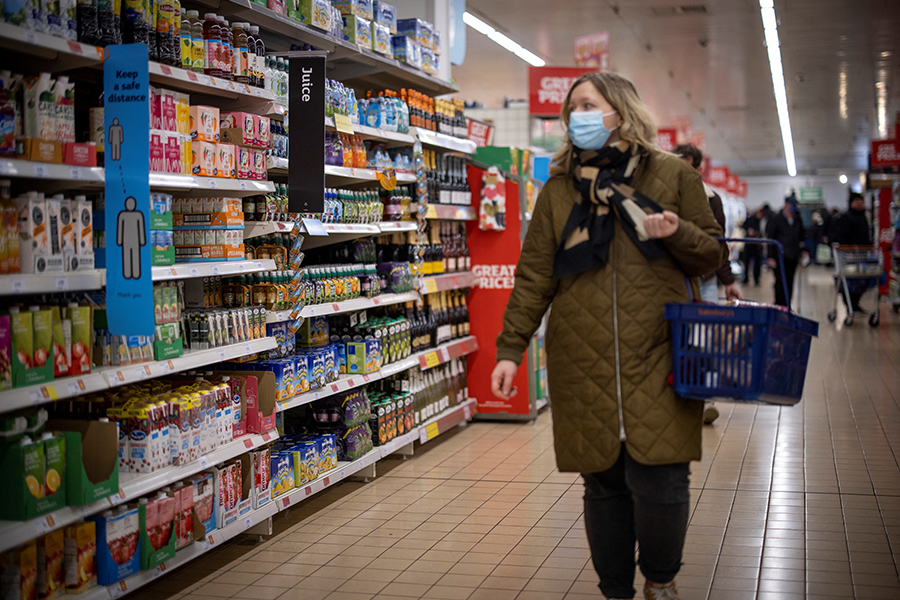 After Russia invaded Ukraine, predictions about inflation were torn up and reset much higher in light of rising commodity prices Image: Tolga Akmen / AFP

Just as in the United States, policymakers in other countries have been caught off guard by persistently high inflation. Price increases were expected to ease as economies recovered from the pandemic, but surging energy and food prices have continued to lift inflation around the world.
After Russia invaded Ukraine, predictions about inflation were torn up and reset much higher in light of rising commodity prices. The war sparked fears about the stability of energy supplies from Russia, which are crucial to Europe, and disrupted food production, raising the risk of a global hunger crisis. Meanwhile, supply chains remain burdened by pandemic-induced disruptions, and demand for some goods is still stronger than production can handle.
High inflation is widespread: Among the United States, the euro area and other so-called advanced economies, 60% of the countries have annual inflation rates over 5%, according to the Bank for International Settlements, a bank for central banks. It is the largest share since the 1980s and a serious problem for central banks, which typically target inflation at 2%. In emerging economies, more than half the countries have inflation rates above 7%, the bank said. For now, China and Japan are notable exceptions.
“We may be on the cusp of a new inflationary era,” Agustín Carstens, the head of the bank, said last week. “The forces behind high inflation could persist for some time.”
After central banks in the United States and Europe have tried for more than a decade to raise inflation to their targets and keep it stable, policymakers are suddenly struggling to tame it. Energy and food prices are often volatile, but what worries central bankers is that price increases could spill over into other goods and services, followed by worker demands for higher wages to cope with the higher cost of living.
In Britain, inflation is at its highest level in three decades. Economists surveyed by Bloomberg expect data published Wednesday to show that prices in March climbed 6.7% from a year earlier. The Bank of England has already raised interest rates three times since December to their prepandemic level amid growing evidence that companies are responding to rising prices with higher wages.
In the eurozone, the annual inflation rate jumped to 7.5% in March, up from 5.9% the previous month. Higher energy prices are the main driver of inflation there, with far fewer signs of significant wage increases. But the European Central Bank has set in motion a plan to end its extensive bond-buying program to pave the way for interest rate increases, because “inflation was becoming more broad-based and more persistent,” according to the account of its most recent policy meeting. Policymakers will meet again this week.
Even in Japan, which has battled very low or negative inflation rates for decades, there is a sign that higher prices are reaching its shores. Last month, a government survey of consumers’ one-year inflation expectations rose to 2.7%, the highest since 201