Russia and Ukraine produce 14 percent of the world's wheat supply, according to the United Nations, and the loss of commodities due to the war has resulted in soaring food prices and uncertainty about the future of food security globally, especially in impoverished countries 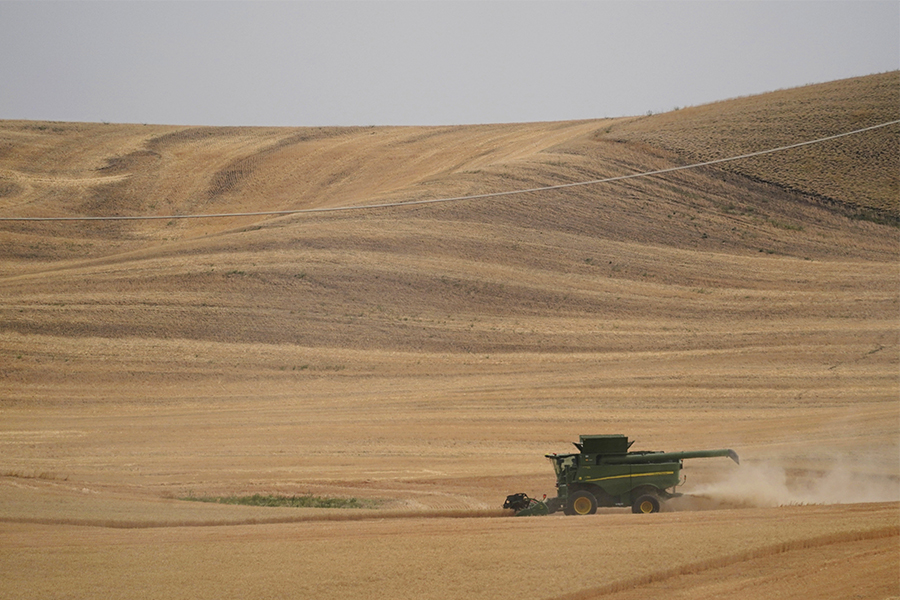 WASHINGTON (AP) — Global finance leaders are putting the growing crisis over food insecurity and skyrocketing food prices at center stage as members of the International Monetary Fund and the World Bank meet in Washington and grapple with the brutal effects of Russia's war against Ukraine.
Treasury Secretary Janet Yellen was convening a Tuesday morning meeting with leaders from the IMF, World Bank, Group of Seven and Group of 20 global organizations to "call on international financial institutions to accelerate and deepen their response" to countries affected by food issues exacerbated by Russia's aggression, the Treasury Department said.
Russia and Ukraine produce 14% of the world's wheat supply, according to the United Nations, and the loss of commodities due to the war has resulted in soaring food prices and uncertainty about the future of food security globally, especially in impoverished countries.

The U.N.'s Food and Agriculture Organization Food Price Index has made its biggest jump since its inception in 1990, reflecting an all-time high in the cost of vegetable oils, cereals and meat, according to the organization.
A late March report from the organization stated that the global number of undernourished people could increase by 8 million to 13 million people into 2023, "with the most pronounced increases taking place in Asia-Pacific, followed by sub-Saharan Africa, and the Near East and North Africa. If the war lasts, impacts will go well beyond 2022/23."
Anna Nagurney, a crisis management specialist at the University of Massachusetts Amherst, said Tuesday's meeting of global leaders was significant and "speaks to the growing fear and the increasing understanding that the world may be on the verge of a hunger catastrophe."
Nagurney predicted that countries that have not yet provided clear support for Ukraine — such as China and India — will come to realize that the food insecurity from a prolonged war in Ukraine will affect their own national stability and the welfare of their citizens.
"This may help to further isolate Russia both morally and economically," she said.
Deputy Treasury Secretary Wally Adeyemo said Monday that the international coalition of countries imposing sanctions on Russia and its allies takes the food security threat seriously.
"One of the things we have to do is take practical steps to demonstrate that this system is helping the people who need it the most," he said, which includes a "focus on those countries that are struggling to pay for things like bread for their people in light of the increase in commodities prices."
Russia is a member of the G-20, which is made up of representatives of industrial and emerging-market nations, but Treasury said that Russians would not be participating in the session on food security.

Tweets by @forbesindia
Monero's July hard fork confirmed by its community
The next hurdle in Europe's energy transition: Being more enticing than NFTs