Vladimir Putin's invasion of Ukraine has sent world markets into a spiral over the past week, further fraying nerves on trading floors caused by runaway inflation and tighter central bank monetary policies. 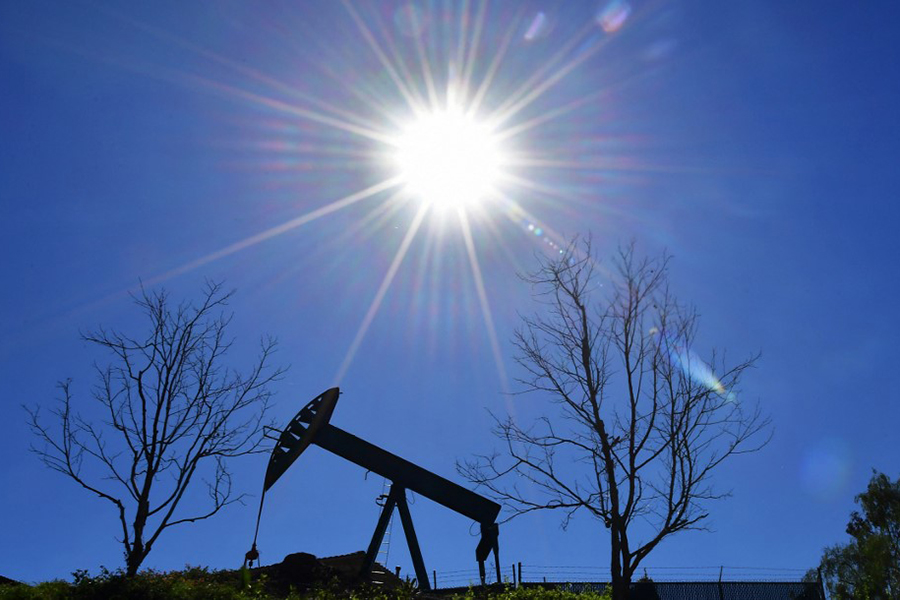 Hong Kong, China: Crude surged past $110 a barrel Wednesday and equities sank with investors growing increasingly fearful about the Ukraine war's impact on global energy supplies and the economic recovery.
Vladimir Putin's invasion of his neighbour has sent world markets into a spiral over the past week, further fraying nerves on trading floors caused by runaway inflation and tighter central bank monetary policies.
The crisis has seen numerous countries hammer Moscow with a series of wide-ranging sanctions that have isolated Russia and threaten to crash its economy.
The measures have injected a huge amount of uncertainty into markets with supplies of crucial commodities including metals and grains soaring. The price of global staple wheat is sitting at a 14-year high — having risen 30 percent in the past month.

But the main source of unease on trading floors is crude, which has rocketed since Russia began preparing to invade. On Wednesday Brent topped $110 for the first time since 2014, while WTI moved closer to that figure.
Incoming sanctions have fuelled worries that exports will be cut off from Russia, the world's third-biggest producer of the commodity.
The conflict in eastern Europe comes with prices already elevated owing to tight supplies and a strong recovery in global demand as economies reopen from pandemic-induced lockdowns.
Traders will be keeping a close eye on a meeting of OPEC and other major producers, including Russia, later in the day where they will discuss whether to ramp up output to temper the price rises, which are helping fan inflation.
In his State of the Union address, President Joe Biden said the United States would join a 30-country deal to release 60 million barrels to help temper the surge in prices, though analysts have warned such moves would likely only have a limited impact.
The oil price surge has compounded fears about inflation as it sits at a 40-year high in the United States and hurts Americans in the pocket even as the economy rebounds from the pandemic shock.
However, the Ukraine crisis has given the Fed another headache as it is forced to rethink its plans to hike interest rates to get consumer prices under control.
It had been widely expected to lift this month and then up to seven times more before the end of the year, but commentators say it will likely tone down its hawkishness for fear of damaging the recovery.
"The supply chain issues and inflationary pressures will be top of mind for many investors globally," Andy McCormick at T. Rowe Price said.
"These things will almost certainly complicate the already difficult task that central banks were facing trying to battle inflation."
And Uma Pattarkine, of CenterSquare Investment Management, told Bloomberg Television: "The market was looking at anywhere up to seven rate hikes this year — I think it will be closer to maybe the three or four we were anticipating at the very beginning of this conversation."
Fed boss Jerome Powell's two days of congressional testimony will be closely watched this week for an idea about the bank's thinking.
Wall Street and European markets tumbled Tuesday and the losses largely flowed through to Asia, which had enjoyed two days of relative calm though the selling was not as severe.
Tokyo led losses, falling 1.9 percent, while Hong Kong, Shanghai, Singapore, Taipei, Manila and Wellington also dropped. However, Sydney, Seoul, Jakarta and Bangkok eked out marginal gains.