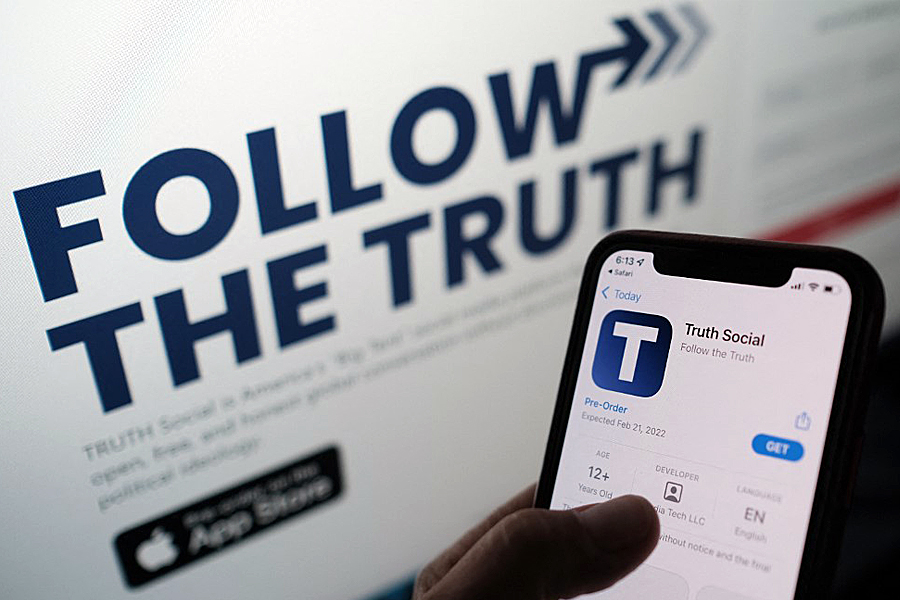 New York, United States: Former US president Donald Trump's Truth Social app is unwelcome in Google's app store until it abides by rules regarding content moderation including violent threats, the company said Wednesday.
The internet giant made the statement after the Trump camp argued that it didn't know why its social network app had yet to be approved for the Google Play Store, which offers content for Android-powered smartphones.

A Google spokesperson said the company notified Truth Social on August 19 that its app violated Play policies and required "effective systems for moderating user-generated content" in order to be offered on the platform.
The app breaks rules barring content that incites physical threats and violence, according to the tech firm.
"Last week Truth Social wrote back acknowledging our feedback and saying that they are working on addressing these issues," the Google spokesperson said.
Truth Social would still be able to make its app available on its website or other online venues that don't involve Google's online shop.
As of Wednesday a version of Truth Social was still available on Apple's App Store, which is the lone gateway onto the company's mobile devices.
Also read: TikTok stars boycott Amazon in activism push
Truth Social is Trump's answer to platforms such as Twitter, from which he was ejected after a mob he egged on assaulted the US Capitol in January 2021.
Signs are growing meanwhile that Truth Social is in financial trouble.
Fox Business Network reported last week that the platform had halted payments to the company that hosts it, RightForge, and owes $1.6 million.
Trump Media and Technology Group said in a regulatory filing that it has raised some $15 million in additional funding that it believes will enable it to pay its bills until the end of April of next year.
Meanwhile, a merger between Trump Media and Technology with blank check company Digital World Acquisition Corp, which was formed specifically to carry out the merger, has yet to take place 10 months after the announcement that it would happen. This fusion is supposed to bring in fresh funding for the Trump platform.
Regulators are reported to be scrutinizing the merger to determine if anything was amiss.

Tweets by @forbesindia
'Submit or quit': Teacher, student brain drain hits Hong Kong schools
How rainmaker Sanjiv Mehta is building up HUL for the next decade