For four years, Donald Trump treated the administration as an extension of his private real estate company. "My generals," he repeatedly said of the active-duty and retired military leaders; "my money," was the cash he raised through his campaign or for the Republican National Committee. And White House documents? 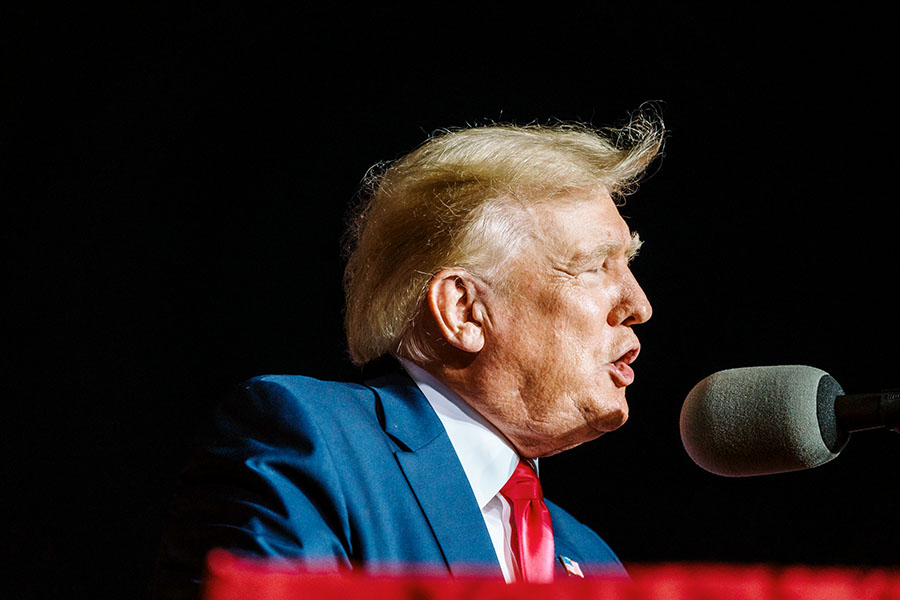 For four years, former President Donald Trump treated the federal government and the political apparatus operating in his name as an extension of his private real estate company.

It all belonged to him, he felt, melded together into a Trump brand that he had been nurturing for decades.

“My generals,” he repeatedly said of the active-duty and retired military leaders who filled his government. “My money,” he often called the cash he raised through his campaign or for the Republican National Committee. “My Kevin,” he said of Rep. Kevin McCarthy, the Republican leader.

“They’re mine,” three of Trump’s advisers said that he stated repeatedly when he was urged to return boxes of documents, some of them highly classified, that the National Archives sought after Trump took them with him to Mar-a-Lago, his private club in Palm Beach, Florida, in January 2021. A nearly 18-month back-and-forth between the government and Trump ended in an extraordinary FBI search for the documents at Mar-a-Lago last week.

The question, as with so much else around Trump, is why? Why did he insist on refusing to turn over government papers that by law did not belong to him, igniting another legal conflagration? As with so much else related to Trump, there is not one easy answer.

Here are the main possibilities.

Trump, a pack rat who for decades showed off knickknacks in his overstuffed Trump Tower office — including a giant shoe that once belonged to basketball player Shaquille O’Neal — treated the nation’s secrets as similar trinkets to brandish. White House aides described how excited he was to show off all the material he had access to, including letters from North Korean leader Kim Jong Un, which he routinely waved at visitors, alarming his advisers.

Some of those letters were among the trove that Trump had with him at Mar-a-Lago.

The former president’s thrills over the intelligence started early. In May 2017, Trump blurted out classified intelligence provided by Israel during a meeting with two high-level Russian government officials, horrifying his national security team.

Two years later, when his intelligence briefers showed him a sophisticated and sensitive photo of a failed Iranian rocket launch, Trump was gleeful. “I want to tweet this,” he told the CIA director, the national security adviser and the director of national intelligence, according to a person with direct knowledge of the event.

Officials tried to stop him, but Trump went ahead and shared the photo with what were then his 63 million Twitter followers.

Efforts intended in previous administrations to prevent conflicts of interest in the presidency were viewed derisively by Trump, who never divested from his company and kept an eye on his properties, even as he said publicly he had turned over all management to his sons.

Trump embodied Louis XIV’s phrase “L’état, c’est moi,” or “I am the state,” his own advisers and several outside observers said.

“From my own experiences with him, which is bolstered by those around him who are speaking in his defense, his actions seem to fit the pattern that as ‘king,’ he and the state are one and the same,” said Mark S. Zaid, a lawyer who frequently handles cases related to national security and security clearances, including during the Trump presidency. “He seems to honestly believe that everything he touches belongs to him, and that includes government documents that might be classified.”

Trump rarely used a Twitter handle that was assigned to the president, @POTUS, and instead preferred to have his digital director, Dan Scavino, promote the one in Trump’s own name.

Although Trump White House officials were warned about the proper handling of sensitive material, aides said Trump had little interest in the security of government documents or protocols to keep them protected.

Early on, Trump became known among his staff as a hoarder who threw all manner of paper — sensitive material, news clips and various other items — into cardboard boxes that a valet or other personal aide would cart around with him wherever he went.

Trump repeatedly had material sent up to the White House residence, and it was not always clear what happened to it. He sometimes asked to keep material after his intelligence briefings, but aides said he was so uninterested in the paperwork during the briefings themselves that they never understood what he wanted it for.

Outside the White House, secure rooms where Trump could review sensitive documents were set up at both Mar-a-Lago and the Trump National Golf Club in Bedminster, New Jersey, although he did not always use them.

Trump was meeting with Japanese Prime Minister Shinzo Abe at Mar-a-Lago in early 2017, for example, when North Korea launched a missile test. Rather than retreating to a secure room, Trump and his advisers reviewed security documents in the open air on the patio, using the flashlight from an iPhone. Paying members and their guests looked on at the show, taking photos and posting them on social media.

“No other president has lived in a hotel,” said John Bolton, Trump’s third national security adviser.

Over time, Trump bristled against the guardrails people tried placing on him, particularly his second White House chief of staff, John Kelly, who tried to impose a more rigid system for classified information.

Trump, Bolton said, never told him he planned to take a document and use it for something beyond its value as a memento.

It was “sort of whatever he wants to grab for whatever reason,” Bolton said. “He may not even fully appreciate” precisely why he did certain things.

But officials worried, particularly about the documents falling into the wrong hands.

Other advisers wondered if Trump kept some documents because they contained details about people he knew.

Among the items that presidents are given on overseas trips are biographies of foreign leaders, a former administration official said. One version is unclassified and fairly routine. But the other is classified and can contain numerous personal details.

One of the files the FBI seized at Mar-a-Lago was marked “info re: President of France,” about Emmanuel Macron.