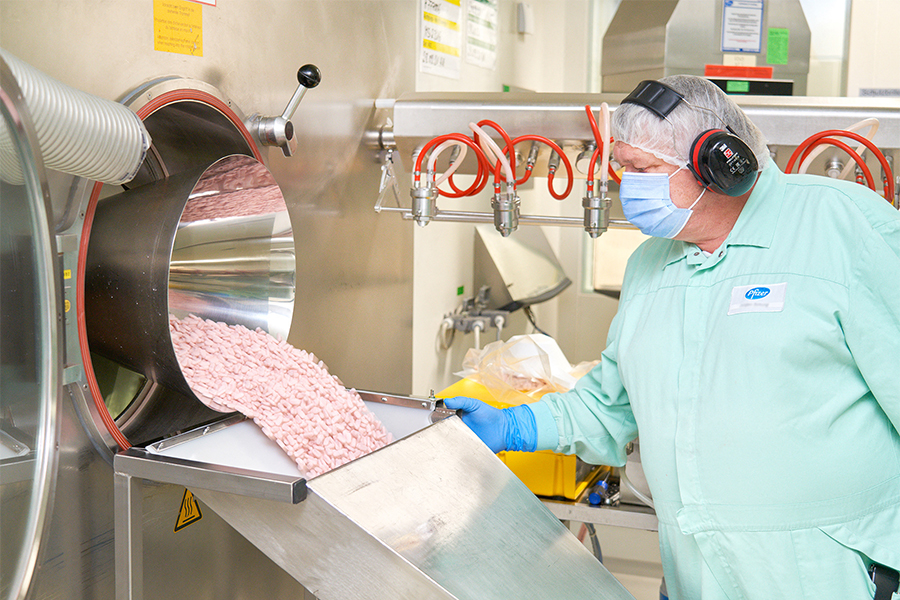 Geneva, Switzerland: The World Health Organization said Friday it "strongly recommended" Pfizer's Covid-19 antiviral pill Paxlovid for patients with milder forms of the disease who were still at a high risk of hospitalisation.However the UN agency warned it was "extremely concerned" that the inequality in access seen with Covid vaccines would again leave low- and middle-income countries "pushed to the end of the queue".
US pharma giant Pfizer's combination of nirmatrelvir and ritonavir was the "superior choice" of treatment for unvaccinated, elderly or immunocompromised people with Covid, the WHO's experts said in the BMJ medical journal.
For the same patients, the WHO also made a "conditional (weak) recommendation" of the antiviral drug remdesivir made by US biotech firm Gilead — which it had previously recommended against.
The WHO recommended Paxlovid over remdesivir, as well as over Merck's molnupiravir pill and monoclonal antibodies.
Pfizer's oral treatment prevents hospitalisation more than the "available alternatives, has fewer concerns with respects to harms than molnupiravir, and is easier to administer than intravenous remdesivir and antibodies," the WHO's experts said.

The new recommendation was based on the findings of two trials involving almost 3,100 patients which showed that Paxlovid reduced the risk of hospital admission by 85 percent.
The trials also "suggested no important difference in mortality" and "little or no risk of adverse effects leading to drug discontinuation".
The recommendation applies to people over the age of 18, but not to pregnant or breastfeeding women.
It also does not apply to patients with a low risk of complications from the disease, because the benefit would be minimal.
The WHO's experts also declined to give an opinion for patients with severe forms of the disease, due to a lack of data.

The WHO stressed the limitations of such antiviral treatments.
"The medicine can only be administered while the disease is at its early stages," they said.
This means the patients must quickly test positive and be prescribed the pill by a doctor — all of which can pose obstacles for low- and middle-income countries, the WHO said.
Yet Covid pills have been seen as a potentially huge step in ending the pandemic as they can be taken at home, rather than in hospital.
Patients must start taking their Paxlovid pills within five days of the onset of symptoms — the course then lasts five days.
Remdesivir can be taken within seven days of symptoms setting in, but it is administered intravenously over three days.

The WHO called on Pfizer to "make its pricing and deals more transparent" for Paxlovid.
Lisa Hedman, the WHO's senior advisor on access to medicines, said that radio station NPR reported a full course of Paxlovid costs $530 in the United States. Another source unconfirmed by WHO gave the price of $250 in an upper-middle income country.
Remdesivir meanwhile costs $520, Hedman said, but generic versions made by companies in India sell for $53-$64.
There is also a question mark over whether the virus could build resistance to these treatments.
But earlier this month Pfizer CEO Albert Bourla predicted a bright future for treatments like Paxlovid as people grow tired of getting further booster vaccinations.
Coming under fire for prioritising wealthy countries with its vaccine, Pfizer has agreed to allow some generic drugmakers around the world to make cheaper versions of Paxlovid under a UN-backed scheme.
But on Friday the WHO "strongly recommended" that Pfizer let more generic manufacturers produce the drug and "make it available faster at affordable prices".
By Christophe Vogt
© Agence France-Presse

Tweets by @forbesindia
Psoriasis: An overview
CNN+ streaming service will shut down weeks after it started