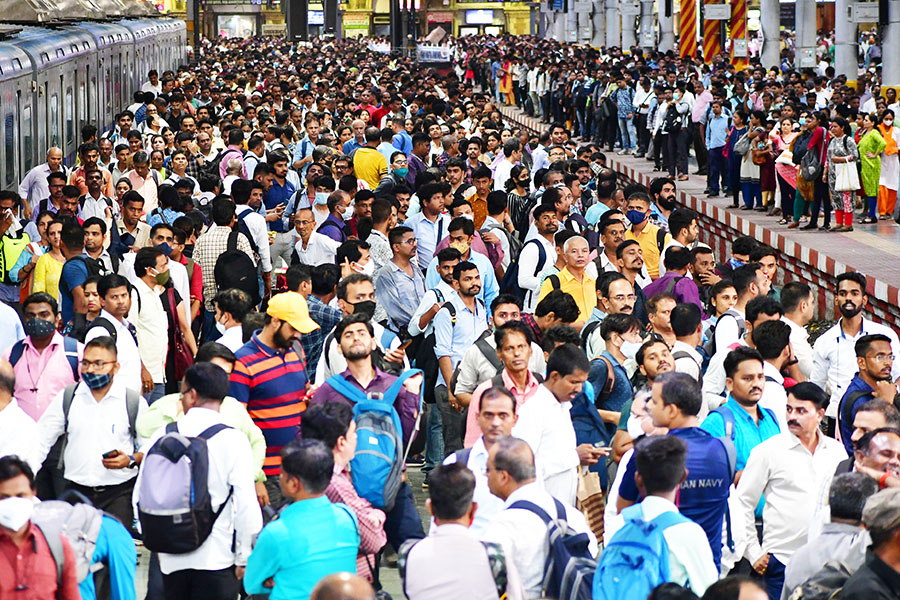 The forecast by the UN Department of Economic and Social Affairs said the world's population is growing at its slowest pace since 1950. Image: Bhushan Koyande/Hindustan Times via Getty Images

United Nations, United States: The world's population is expected to reach eight billion on November 15, the UN forecast Monday in a report that said India will surpass China as the most populous country on earth in 2023.
That overall population milestone "is a reminder of our shared responsibility to care for our planet and a moment to reflect on where we still fall short of our commitments to one another," Secretary General Antonio Guterres said, without citing specifics.
"This is an occasion to celebrate our diversity, recognize our common humanity, and marvel at advancements in health that have extended lifespans and dramatically reduced maternal and child mortality rates," he added.
The forecast by the UN Department of Economic and Social Affairs said the world's population is growing at its slowest pace since 1950.

It should hit 8.5 billion in 2030 and 9.7 billion in 2050, peaking at around 10.4 billion people in the 2080s before steadying at that level until 2100.
While a net drop in birth rates is observed in several developing countries, more than half of the rise forecast in the world's population in the coming decades will be concentrated in eight countries, the report said.
It said they are the Democratic Republic of Congo, Egypt, Ethiopia, India, Nigeria, Pakistan, the Philippines and Tanzania.
© Agence France-Presse

Tweets by @forbesindia
Leaked Uber docs reveal bare-knuckle expansion tactics
How has marketing changed over the past half-century?