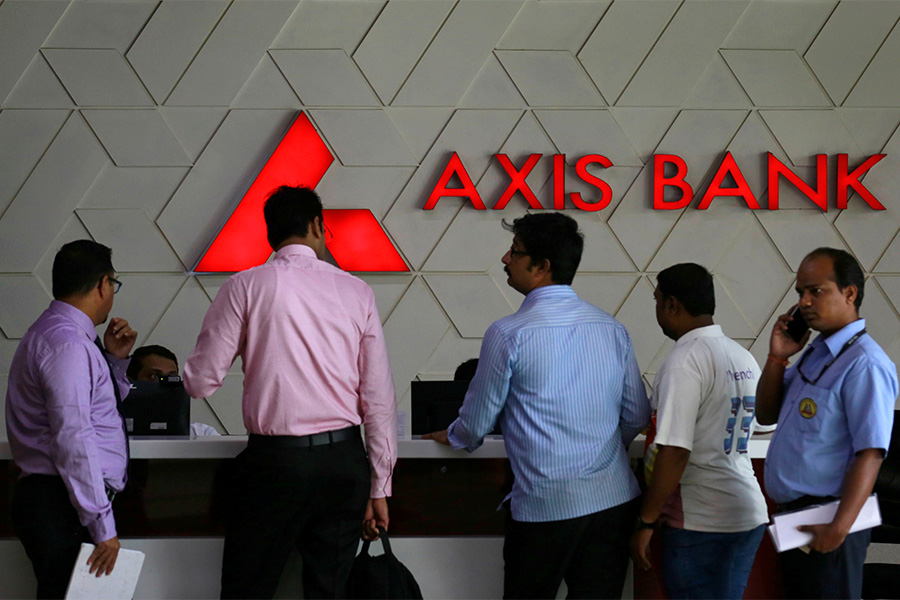 Axis Bank on Tuesday reported a weak set of numbers for the April-June 2017 quarter, where net profit slid 16 percent – its second successive drop in profits – compared to a year ago, while asset quality was steady.

On Tuesday there was speculation that Axis Bank’s managing director and CEO Shikha Sharma was leaving the bank to head the Tata Group’s financial services arm. The bank has categorically denied this and chief financial officer Jairam Sridharan in the conference call with media said: “There is no truth to this speculation. It is utterly false.”

The present term of Sharma is till June 30, 2018. The bank’s leadership has been under question for months now, burdened by stressed assets and came under the scanner, during India’s demonetisation programme when a handful of employees at some of its branches were seen to be involved in irregularities. The bank suspended the staff who were suspected to be involved in such activity.

Net profit for the fiscal first quarter fell to Rs 1,305.6 crore against Rs 1,555.53 crore for the corresponding period a year earlier, but grew 7 percent sequentially. The bank’s net interest income—the difference between interest earned and interest expended—however edged up 2.2 percent to Rs 4,616.14 crore.

The provisions and contingencies in Q1 FY18 rose 10 percent to Rs 2,342 crore as against Rs 2,117 crore in same quarter last year. Net slippage for the quarter jumped to Rs 3,213 crore from Rs 2,008 crore in Q4FY17, a presentation from the bank showed.
Sridharan said the credit cost for the bank was at 1.95 percent, compared to 1.98 percent in Q1FY17. Rising stress on asset quality leads to a higher credit cost for a bank.

Darpin Shah and Pranav Gupta, analysts at HDFC Securities said that “optically” asset quality was stable for Axis Bank. “The Bank’s NPAs were stable, led by higher write offs of Rs 2,462 crore,” the analysts said in a note, compared to a figure of Rs 1,194 crore in the sequential previous quarter.