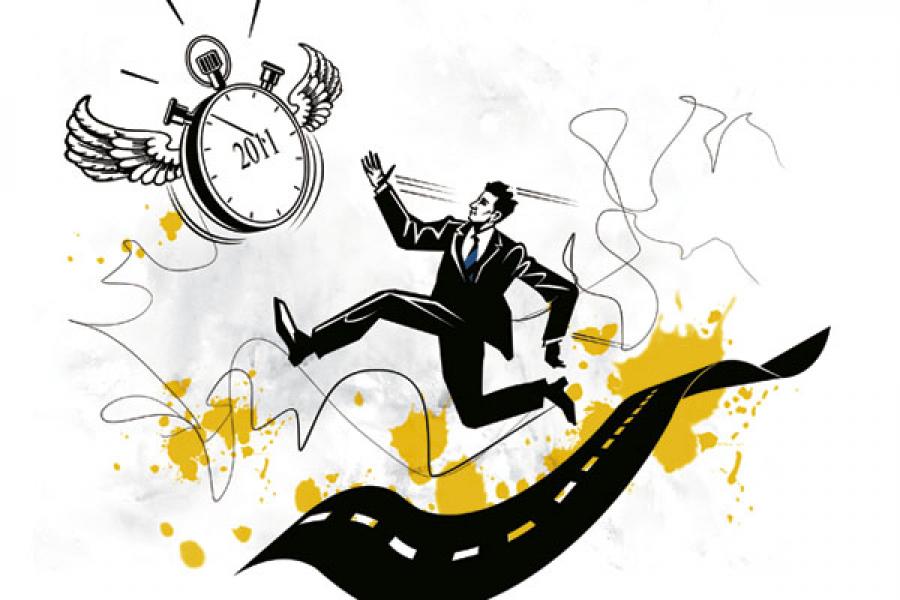 Year of transition: Many Retirements and Successions in Corporate India
Among the big names set to walk into the sunset are Ratan Tata, Narayana Murthy and A.M. Naik. On a slightly different plane, the Dalai Lama too has said he might retire in 2011.

July 15: The Release of Harry Potter and the Deathly Hallows: Part II
Would the second part of the seventh and final part of the Harry Potter series be the greatest? Will it be a deserving end and the highest grosser? The epic fantasy movie is among the most awaited of the year, especially since it would be the first in 3-D.

April 29: Prince William Weds Kate Middleton
The British government has already declared a public holiday so the commoners can celebrate. Many expect a royalist dividend in the form of a business worth close to a billion dollars in extra tourism revenues and memorabilia sales.

December 31: Deadline for US Troops to Leave Iraq
With the recent drubbing in local elections at home giving him a rude reminder of how things have changed in the last two years, US President Barack Obama will be careful about meeting the December 31 deadline. If he succeeds in meeting it, Obama will have a better chance to rally support as he gears up for re-election in 2012.

February – April: 10th ICC World Cup
You don’t really need to be reminded that India, along with 13 other countries, will fight for the ICC World Cup. It will be held in India and Sri Lanka and, for the first time, in Bangladesh. Who will take the cup is anybody’s guess. What we can be sure of is that this will have more viewers than the Commonwealth Games.

Sometime in 2011: World Population to Hit 7 Billion
The world’s population will hit a milestone — seven billion people — sometime towards the end of 2011. The planet’s population touched one billion in 1804 and 6 billion in 1999. As the world welcomes its seven billionth baby, a fact that should worry both the rich and the poor countries is that more children will be born in poor countries than in the rich.

February 26: Space Shuttle Discovery’s Final Mission before Retirement
After 38 flights spanning a quarter century, the last of NASA’s five shuttles retires. The US will have to rely on Russian spacecraft to ferry astronauts to the International Space Station. With President Barack Obama cancelling the Constellation Program, which aimed to build expendable launch vehicles, private launch companies supported by the US government are expected to fill the gap.